[UpClose] Instamojo's Sampad Swain likens 'Mojoites' to ducks: calm in tough times and ready to make a splash in the good 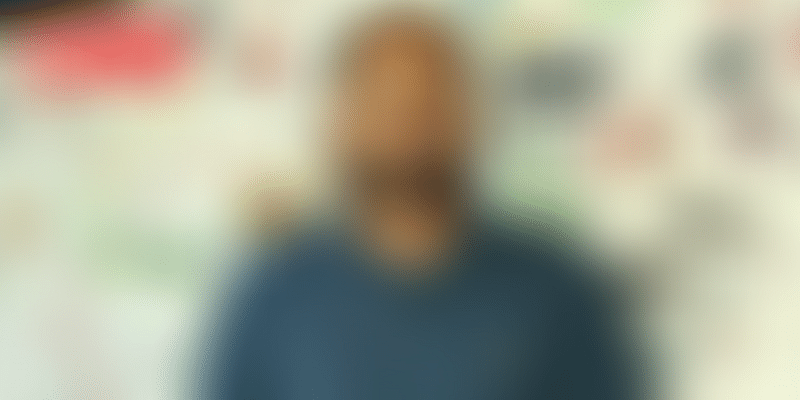 YourStory gets 'UpClose' with the movers and shakers of the Indian startup ecosystem to talk innovation, operations, and the next billion-dollar bet. In the season premiere of the series, Instamojo's Sampad Swain talks about the firm's second coming and the potential of the payments ecosystem.

When it goes south in the startup world, you can quickly be spun into a cautionary tale of how things can go wrong. Or not. As in the case of digital payments and services startup Instamojo.

In Instamojo's case, what didn't kill them, has only made them stronger. Or so says Sampad Swain, Co-founder and CEO of the small and medium-enterprises-focused payments firm.

In 2017, Instamojo seemed all but destined for an inevitable shutdown due to the funding crunch it was facing at the time. But 'Mojoites' -- the term used to refer to Instamojo team members -- turned their fate around with their sheer will to survive and stay ahead. As Sampad explains, ‘Mojoites’ were like ducks -- calm on the surface, but paddling away furiously underwater. And their efforts paid off.

The Bengaluru-based startup received a new lease of life by way of a $4 million infusion from Japan-based payments firm AnyPay in August 2018. More recently, in January 2019, the firm raised around $7 million in its Series B funding round, also led by AnyPay.

In addition to skirting an impending shutdown, the startup is now poised for significant growth in FY20 across its three main verticals: payments (3x), ecommerce (5x), and lending (10x).

In our latest video series titled UpClose, YourStory gets up close with Instamojo Co-founder and CEO Sampad Swain on how the firm emerged from the hard times.

Now, the Bengaluru-based platform for MSMEs has lofty ambitions, setting its sights on closing FY20 with 1.5 million merchants on the platform.

And the groundwork for this was laid in September, when the platform took the leap to diversify itself from being just a payment service provider for MSMEs to a full-stack digital services provider.

It announced the launch of logistics and credit to customers on its platform through two new flagship products – MojoXpress and MojoCapital.

But even after diversification, Sampad says the company stays true to its core business, and believes the payments landscape is one of the most promising in the Indian startup space.

“I believe payments is always our first principle problem, and it is the best time to be solving this problem, especially with the recent advent of UPI transactions and the emerging ecosystem. In the next five years, I do believe that the payments ecosystem will be far bigger than the ecommerce one, which we have known for almost a decade now.”

To be clear, Instamojo’s efforts to diversify into lending and logistics have also paid off.

Today, MojoCapital disburses bite-sized short-term loans worth $2 million to its merchants every month. The platform claims that this number is growing at 25 percent month-on-month.

Instamojo’s logistics arm, MojoXpress, which helps MSMEs deliver products to their customers, is touching close to 1,000 shipments every month.

To Sampad, however, this is just scratching the surface. The entrepreneur is looking to build a platform that will bring its 700,000 registered MSMEs onto one unified platform. And Instamojo is already helping its MSMEs go online by creating close to 11,000 online stores.

Additionally, this year, Instamojo is looking to add secondary features like invoicing, QR payments, business cards, missed call marketing, branding, advertisement, and analytics tools to the platform, making MSMEs at par with other businesses in the country.

But an attractive market opportunity also means heightened competition. However, with sights set on closing FY20 with 1.5 million merchants on the platform, Sampad seems rather unaffected by the competition in the space.

Despite the competition, there is plenty of opportunity for all, says an unfazed Sampad. Wisdom is often found in unlikely places, and for this entrepreneur, it is with the humble duck. He quips,

“The duck doesn’t worry how cold or warm the water is. She knows how to swim and she will do it whatever the condition."

(With inputs from Tenzin Norzom)

Five years after Series A, Instamojo finally closes $7 million Series B round; on track to rais...