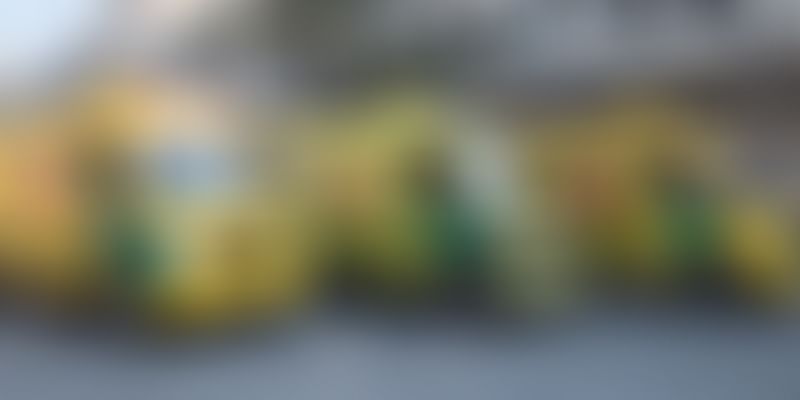 Mumbai-based Ziqitza Healthcare is focused on building Emergency Response Services in India. The company, which operates the 108 and 1298 ambulance services across 16 states, aims to expand its footprint internationally.

It was a difficult night for Shaffi Mather. His mother was having severe breathing problems and was choking, and the stressed household couldn’t find an ambulance to take her to the doctor. Somehow, they managed to reach the hospital on time.

Coincidentally, a few days later (this was in 2005), a similar incident happened in far-off US. Ravi Krishna's mother collapsed. Within minutes, 911 arrived, provided medical aid, and took her to a hospital for immediate treatment.

Both friends discussed the situation and couldn’t help notice the difference in both scenarios. The availability and accessibility of standardised emergency medical services (EMS) is what stood out. Clearly, the problem in India in 2005 was the need for a quick emergency service.

After many deliberations, the duo decided to start Ziqitza Healthcare Limited (ZHL). The aim was to create the best response service in India that could be at par with the US’ 911 and the UK’s 999. Ravi and Shaffi roped in their friends Manish Sacheti, Naresh Jain, and Sweta Mangal, who supported the idea. Together, they started the company.

Today, Ziqitza – available on 108 and 1298– is the second largest ambulance service provider in the country. The company has been instrumental in providing quality pre-hospital care for pregnant women, infants, and people suffering from medical emergencies. They work closely with various State governments to ensure timely assistance through their EMS.

[Funding alert] Armed with fresh funding of $25M led by Sofina, HealthKart is gunning for a str...

The company has expanded to more than 10,000 employees across India and has a footprint across 16 states under three service models. Ravi and Shaffi aren’t working in the day-to-day operations of the company any longer.

“We have pioneered the GPS tracking system in ambulances and have trained more than one lakh EMTs across the country. Ziqitza currently manages PPP-based pre-hospital care and emergency medical services in Madhya Pradesh (the first state to integrate various ambulance services under 108), Punjab (this is our second term in Punjab), Odisha (second term here as well), Jharkhand, and Sikkim,” Manish says.

The team started with revenue of Rs 8 lakh in the first year of operations and clocked revenue of Rs 450 crore in FY2019. Ziqitza Healthcare started in 2005 with 10 ambulances and an initial investment of Rs 2 crore. Over the years, the company has witnessed exponential growth and the number of ambulances has grown to 3,300.

“When we started operations in 2005, it was initiated with the passion of five professionals across different walks of life who felt the need of an organised ambulance service in the country. We started with 10 ambulances and were bootstrapped. As we grew, we began garnering interest from the investor community. We have received investments from Acumen Funds, True North, and IDFC bank, which helped us scale up. At this stage, we are actively looking at another round of funding to expand operations,” Manish adds.

The team claims to have served more than 1.6 crore people across India and to have safely transported more than 44 lakh pregnant women.

In 2005, setting up an integrated helpline and EMS system that worked was a difficult task.

Of the early days, Manish, who is the CFO, says: “One of the key challenges of setting up the service in India was the absence of an integrated helpline number. Different districts had different telephone numbers that people could dial in, in case of medical emergencies. Some of these numbers were as long as 10 digits and difficult to recall.”

Apart from setting up an integrated service, spreading awareness of the helpline was another key challenge. The team associated with the Government of Madhya Pradesh to commence an integrated helpline service in the State; other State governments are looking to replicate this now.

In order to spread awareness about the service, the team conducted outreach programmes through various mediums of communications along with ‘First Responder Programmes' (FRPs) to make people aware of the DIAL 108 service, meant for people suffering from medical emergencies.

“We have trained over three lakh people FRPs across India in the last 13 years,” Manish says.

Currently, Ziqitza is facing a CBI charge. Speaking about it Manish says, “Since the case is sub-judice we cannot comment or divulge details of the investigation. What I can tell you is that the case pertains to certain operational matters during our tenure as the EMS provider in Rajasthan. The lawsuit is currently being argued in the Jaipur High Court. We would like to emphasise that Ziqitza has always adhered to stipulated laws, norms, processes, and procedures laid down by various government bodies in India with respect to Emergency Ambulance Services and all activities undertaken therewith.”

How artificial intelligence can slowly change the healthcare landscape

The services they provide

The company operates the Emergency Medical Response (Ambulance) services under the following models:

This is a paid service, present in eight states which works on a cross-subsidy model. ZHL operates 15 ambulances under the 1298 helpline number on a pay-per-use model. The ambulances are equipped with advanced life support systems, including defibrillators, oxygen cylinders, and electrocardiography (ECG) machines, to ensure that in case of a critical emergency, the patient can be stabilised before being transported to hospital, thereby minimising risks and helping save lives.

The ambulances are self-sustainable because the end user is charged a fee based on the hospital (government or private) she chooses. In addition to that, ZHL also operates an ambulance outsourcing service in Rajasthan, currently managing a total of 28 ambulances under this.

This free-of-cost medical emergency service comes under the Public-Private-Partnership model with State governments.

“ZHL is currently operating 3,300-plus ambulances across Mumbai, Bihar, Kerala, Punjab, Odisha, Jammu and Kashmir, Madhya Pradesh, and Tamil Nadu. More than 9,000 people have worked tirelessly and have served over 16 million people till date,” Manish says.

Apart from this, the company also runs the 102 helpline in Odisha, which is a Referral Transport Service for pregnant women and sick infants, and the 104 Health Helpline that provides directory information, details on health schemes, a grievance redressal mechanism, validation of records for Mother and Child Tracking System (MCTS), and serves as a resource for health workers.

Currently, the costs involve salaries of drivers and emergency medical treatment professionals (EMTs) which equals 40-50 percent, fuel (25-30 percent), and repairs (five to seven percent). Salaries of management and cluster leaders amount to five percent and the operations of the call centre and back office staff add up another five percent.

ZHL is credited with launching and operating the only integrated emergency medical service in the country in Madhya Pradesh. They were also the first to start a cross-subsidy model in the private ambulance space with trained staff and usage of technology to deliver quality care to corporates.

“Large corporates can now outsource their need for ambulances to a trusted and experienced player. We are the only service provider in India with rich experience in providing pre-hospital care to 16 different States in India. Our expertise in fleet management for corporate and hospitals for their ambulance needs and many pioneering advances sets us apart from the competition,” Manish says.

Projections and the future

The company is projected to grow at an average rate of 25 percent year on year in the coming five to 10 years in terms of revenue.

The team plans to expand operations across the country by using their experience of operating 3300-plus ambulances across India and “understanding the sensitivities of each region”.

The startup is also aiming to raise $40 million from PE investors, of which $25 million will be used for domestic expansion and $15 million for overseas. In the past, ZHL has received two rounds of fundings, one in 2007 and the other in 2010. The total amount of which was $4.5 million.

“We intend to increase our services to UAE and Africa in the near future. We are optimistic and looking to quadruple our revenues in the next five years. We also aim to increase our presence in the 108 and 1033 space (ambulance rescue operation on national highway). In next five years, we are planning to increase our fleet size to 8,000 units across business models. We are also looking at expanding our outsourcing services to private players in corporates, sports, events, oil mining, and construction industries,” Manish says.

[Startup Bharat] How healthcare startups in Tier II and III cities are solving the problem of a...