WATCH: How healthtech startup DocsApp plans to reach 1 lakh people in the remotest parts of India every day 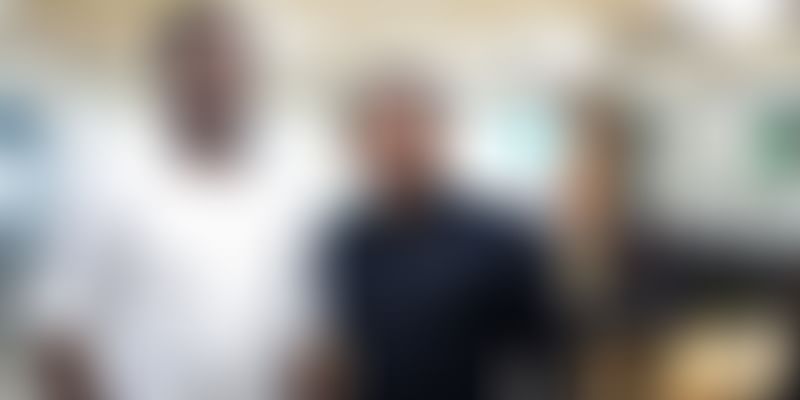 DocsApp, which makes doctors from top hospitals accessible to patients across India, has raised $10 million so far. In a video interview with YourStory Business Editor Vishal Krishna, Co-founder Satish Kannan talks about scaling and the second phase of growth.

Reports suggest there are only 1.50 lakh expert doctors in India - a dismal number for a nation of 130 crore people. Not surprisingly, access to healthcare is robust only in Tier I cities, and the only way to bridge this gap is through technology.

In 2015, DocsApp, founded by Satish Kannan and Enbasekar Dinadayalane, set out to solve this very problem. At present, it is serving 7,000 patients in a day. The healthtech platform has a pool of 5,000 doctors of which around 400 are specialists, claim the founders.

In a conversation with YourStory, Co-founder Satish Kannan talks about scaling the company, the second phase of growth, and what lies next.

Satish says, "We have had patients coming on to our platform from some of the remotest places by using our app. Today, 65 percent of our patients come from rural areas.”

The co-founder talks about scaling the team from just 10 to 300 members, and beyond. He believes raising funds is a function of building a great product. At present, the company has set in motion a plan to serve one lakh patients a day. The founders believe that this is the second phase of DocsApp’s growth, which will happen because of the rising number of mobile phones and increased internet penetration.

"The largest hospital chain in India has 70 hospitals, which only serves 10,000 patients a day," says Satish.

DocsApp has built interfaces in five languages and believes that video, text chat, and phone calls with a specialist are very critical for the patient. "Our platform is built for all types of networks and the goal is to ensure that people communicate with doctors," he says.

The team aims to increase the number of doctors on the platform to 20,000 in 18 months.

But, things have not been easy. Satish highlights that women patients want to talk to women doctors only. He says,

"We have a built a platform that solves for emerging markets where you have to understand cultural affinities and the way the market pays for the care. In India, a majority of healthcare is all out of pocket and not based on insurance. So, when an engineer builds a platform like this, they have to focus on local needs - only then technology will skill.”

Satish also talks about leadership. The co-founder firmly believes in the '3x rule'. Whenever a team or revenue grows by 3x, the ability to manage teams, investors, and product changes significantly. He says the founder(s) should be willing to change at each level.

"To manage scale, you need to delegate. If one does not delegate as they scale it becomes difficult to run a business," Satish says .

DocsApp is going after 430 million Indians who still live in small towns. With the growing number of smartphones in the country - reports estimate it to be over 300 million - it is becoming easier for businesses to reach customers. As a result, healthcare is bound to become even more accessible.

"Today, we deliver medicines and take blood samples with our partners on the field. The app is central to all care and we have big targets to achieve going forward, especially in the number of people that have to be signed up on the platform," Satish says.