In this exclusive, in-depth story read how Dinesh Agarwal, Founder & CEO of IndiaMart InterMesh, founded this B2B ecommerce company in the early days of the internet era, how he scaled his business, and what the IPO means for him personally.

There’s a right time and a right place for everything. And for B2B ecommerce marketplace IndiaMart InterMesh, ‘apna time’ has come.

Founded by cousins Dinesh Agarwal and Brijesh Agrawal in 1996 with seed money of Rs 40,000, IndiaMart InterMesh is an online B2B marketplace for business products and services, connecting buyers with suppliers. The company focuses on providing a platform to Small & Medium Enterprises (SMEs), large enterprises, as well as individuals.

As of FY18, IndiaMart had close to 5.98 crore registered buyers and a catalogue of over five crore products, supplied by over 47 lakh suppliers. Its mobile app has close to 10 million downloads to date on the Google Play Store.

Speaking to YourStory in the midst of a hectic schedule a day before the IPO subscription closes, 50-year-old Dinesh Agarwal said he was nervous but at the same time expressed his happiness at this milestone his company has achieved.

Talking about the happy culmination of a business journey that was anything but smooth, Dinesh says, “Abhi toh ek din baki hain (there’s one more day to go). Yesterday, half of the IPO got subscribed.” Dinesh adds that by the end of tomorrow, he hopes they will be “multi-times oversubscribed”.

“The company does not make money, I also do not make money, so what does it mean to me?” he responds with a question to the one I pose him related to his expansion plans. Over a phone call from Delhi, where he lives and where his company is headquartered, Dinesh says,

“I want to take the company to the next level. I have been at it for the last 23 years as a private company. We’ve seen multiple ups and downs, been profitable, made losses, and raised a couple of rounds of private capital. I think in the next 23 years, I want to see how a public limited company works."

Away from all the limelight, unlike the B2C ecommerce companies, IndiaMart slogged away one customer, one business innovation at a time. No wonder then the question on most people’s minds is, what worked for IndiaMart?

There’s, of course, the resilience, perseverance, and hard work.

But Dinesh’s first thought goes to his early employees, family, and friends. “They were with me all through. Today, I have about 100 people who are working for me for more than 10 years now. Of course, staying on course and getting traffic to our website (we were early adopters of the SEO and did not believe in spending any marketing money) were some other things that worked for us.”

He especially emphasises the fact that they kept away from the new-age internet businesses’ way of doing things.

“The traditional profit and loss mindset also worked well for us. We were not into the valuation game, rather more of a self-sustainable inning. Frankly, I didn’t know the valuation game. I was not exposed to that."

A regular at TiE Delhi events, Dinesh today keeps a sharp eye on startups. As an angel investor, he has invested in 45 different firms so far in different sectors, including healthtech and cloud telephony.

Those who have interacted with him and heard him at numerous startup events will vouch for his inherent wisdom and humour delivered in his inimitable style.

No wonder there was a barrage of wishes for him on social media from investors and fellow entrepreneurs alike.

Congratulating him on Twitter, serial entrepreneur and Founder of Portea Medical K Ganesh said, “Great role model to emulate for entrepreneurs. Patiently staying the course and building a great company.”

Co-founder of SlideShare Amit Ranjan tweeted, “You're a startup role model for demonstrating how to build an internet company in India. For 20 years now, whenever I search for any B2B thing on Google, I land on IndiaMart - shows the impact of what you've built!”

There are no two ways about the fact that this seemingly overnight celebratory success has come after 23 long years of hard work and perseverance.

Recalling the early days when the internet was akin to a mirage in India, Dinesh tells me how his mother and wife and most of the other household would answer enquiries from buyers outside India that came over email by writing mailers and posting them with the printed queries to Indian sellers. Dinesh recalls,

“Every day, approximately 200 mailers would be taken to the local post office to be mailed to the sellers. The post office guys would ask us to segregate them since it was too much for them. That’s not all; they would say now that you are here, ‘chai, pani kara ke jao’ (a euphemism for a petty bribe).”

He adds that this “heavy lifting” continued for close to seven years. When the dot com bust happened around 2000, Dinesh says it was good for them.

Having walked this talk, Dinesh along with Brijesh has led IndiaMart through many ups and downs.

In the first 10 years, the company did not raise any money and was primarily serving foreign buyers. In 2001, in the aftermath of the 9/11 US terror attacks, IndiaMart’s business saw a sudden slump. Dinesh says they stuck to their path despite having to lay off staff, “and once we came out of it, we were doing good”.

Around 2007-2008, the two founders saw a bigger opportunity in the domestic market. “We realised things were changing in India and wondered how we could be a Rs 500 crore company,” says Dinesh.

The company went on to raise money (it had raised a total of $40.7 million in funding over four rounds) and scaled quickly. But in 2011, the company faced yet another slump, which it managed to tide over, and by 2012, it had its neck above waters. He says,

“B2B businesses are probably difficult to build, but easy to scale. However, once they scale, they are easily profitable.”

In 1996 when the cousins started IndiaMart, there were only around 15,000 internet users in India. “We have been believers of ecommerce for a long time. Nirula’s was our first big client. Around 1999, we were probably the first company to launch ecommerce shopping. We were delivering sweets during Diwali. But over time, we realised that B2C kind of businesses is tough to make money. So we focused by and large on B2B business.”

According to popular wisdom, it’s the choices that make an entrepreneur more than their abilities.

It will be both interesting and instructive to trace the early days before Dinesh hit upon the idea of starting IndiaMart.

Hailing from Nanpara, a small town near the India-Nepal border in Uttar Pradesh, Dinesh was influenced by his freedom-fighter and forward-thinking grandfather. After completing his BTech degree in Computer Science from HBTI (Harcourt Butler Technological Institute) in Kanpur, his first job was at CMC (now part of TCS) where he worked on the first Railway reservation system.

“Because of the early exposure to computers, I was convinced that computers and telecom were going to be revolutionary,” Dinesh says.

His tryst with technology led him to the US, where he worked at HCL Technologies. While working on a project, he was, for the first time, exposed to the power of software.

“At a project site, I saw a woman working on a Windows software and wondered what that was. We were also using the internet but it was mostly text-based, it was not http,” recalls Dinesh. When he saw that with one click, the woman was able to open images, there was a sudden epiphany that “software was eating the world”.

Dinesh says that he could actually visualise (and only articulate now) what Marc Andreessen had penned five years ago about the power of software. “At that moment, I had that vision of Vishnu where the entire universe is gushing into his mouth -- the convergence feeling,” he says, describing the moment that seems to be imprinted in his mind.

In August 1995 when VSNL (Videsh Sanchar Nigam Limited) launched public internet access in India, Dinesh says he knew he wanted to go back home. He resigned a year later and returned to become an internet entrepreneur. But India was far from the rosy picture that he had painted in his mind. He says,

“It took us six to nine months to get a telephone connection. I started going to trade fairs to figure out what kind of business I could start and explored ideas ranging from a computer shop, hardware and software distribution, cyber cafe, NIIT-type education, building websites, and such."

Though he zeroed in on making websites for companies, he later figured there were very few internet users and wondered who would visit these websites. “It was then I realised that in the US, Indian products were difficult to find, and even if you found them, they were expensive.”

From garments to agarbatti, there was no information on exporters. The thought struck, why not make the directories of these exporters available online. “That’s how the idea of IndiaMart, a global gateway to Indian marketplace, was conceived,” Dinesh adds.

Though it was not as simple since they needed permission to get the directories of exporters and sellers online. “Government offices ke bahut saare chakkar lagaye (made multiple rounds of government offices), but we did not get any permission. So then we decided to have a free listing form and sent it to all the sellers in the directories. My whole family, including my mother and wife, would help with the mailers.”

A new start from finishing line

No wonder, for Dinesh, personally, the IPO is more of a fulfillment.

“I want to create a long-lasting, forever company. I want it to be the backbone of the Indian economy. Today, about half a percent to one percent of India’s GDP is close to IndiaMart’s. So I am looking at how I can make it 10X, and how I can make IndiaMart a dependable source for small and medium businesses."

A champion of small and medium business, Dinesh notes that these businesses do not have a voice.

“There are trade bodies and associations, but they cater to a small group. In a country where there are 1.25 crore registered GST businesses and four times that businesses in the unorganised sector, nothing comes easy to them. They are self-motivated and self-sustained. All they need is simple technology to develop their industries. Mujhe bhi kuch kaam karne ko rahega (I will also have some work to do). That’s what I feel from my heart,” he says.

Even as he has his work cut out for the next leg of his journey, Dinesh says celebrations for the IPO is reserved for tomorrow.

“By tomorrow afternoon onwards, we will celebrate on every ball,” he says. The IPO subscription closes on June 26.

“Right now, it is a nail-biting live subscription that we are watching. It will all start pouring in by tomorrow,” he adds. Which is when he will raise a toast with his family and look at beginning a new journey.

Editor and writer at YourStory Media. 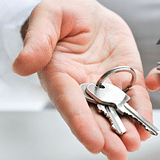