Aayush Agarwal co-founded Ahmedabad-based bootstrapped Zhakaas Games in 2018. The game design and development startup, which has tied up with the likes of Zapak Games, now wants to step up its game.

You know gaming is here to stay when a biotechnology graduate researching stem cells at Harvard Medical School sets up a gaming startup. In 2017, Aayush Agarwal, from New York University, reluctantly entered the world of gaming. His brother couldn’t attend a leading game conference in Hyderabad and Aayush filled in. He was enthralled by this new world, and ended up starting game design and development studio Zhakaas Games out of Ahmedabad in August 2018.

It’s well known that millions of new gamers are born every year as they are exposed to smartphones or mobiles games for the first time. Zhakaas Games aims to target this game-ready audience with free downloadable mobile games. In close to a year, the team claims to have created over 20 games.

Their big moment came when their Little Singham Cricket game was published with Zapak Mobile Games, and the game crossed one million downloads. This game also partnered with Rohit Shetty Films, Discovery Kids, and Zapak.

What does Zhakaas Games do?

The gaming startup develops games on Unity Engine in both 2D and 3D environments, and offers a variety – from simple games to those with complex game play algorithms with more design elements. Its mobile games are available on Play Store and App Store, and Zhakaas Games, and it publishes with Zapak Games.

“Another success was when we launched the ‘Kaun Banega Pradhan Mantri’ free mobile game on Play Store and App Store in partnership with Zapak. The idea was to educate every Indian that every vote matters,” Aayush says.

Starting up in Ahmedabad

The founder says Ahmedabad seemed the right place to start up as it was his hometown. While that had advantages – including lower costs and insider knowledge of the location – one of the initial challenges was getting the right developers.

Aayush found a co-founder in friend Ashit Vidhani, and the duo put in their savings as investment, refusing to divulge further details.

Both agree that the entire team-building process was challenging. “We started interviewing candidates for various roles like 2D/3D designers, animators, UI/UX, developers, testers. It took months to find the right people; you need people who align with your and your company’s idea,” he says.

He adds that it was tough as no one wanted to work for a startup owing to concerns regarding job security. “What helped us select and get the right people was that we were not looking for great experience; we focused on the person and his abilities to be open to learning, attitude towards his work etc.”

Zhakaas Games now has a team of 20 people.

For Zhakaas Games, revenue depends on the overall revenue the game makes; this is split into different ratios with partner publishers. And the most important source of revenue for games is ad revenue.

“We integrate different and multiple ad networks to optimise revenue generation from impressions. Usually, on an average, a game in India generates $1 on every 1,000 ad impressions during the game play. But this is as high as $25 in Europe and the US,” Aayush says.

But, he adds, that India scores high on volume due to millions of smartphone users, something that the West can’t garner. But things are “unpredictable” and “depend on which part of the world the game is being played”.

“Further, revenue depends on daily active players and retention, and not on total downloads. Most publishers pay us on a quarterly basis,” Aayush says.

He reiterates that Little Singham Cricket, for the 8-14 age group, is one of the best performing games today. It has been ranked No. 1 in trending arcade games and No. 3 in overall trending games across all categories.

The co-founder says they don’t charge anything upfront. Charges are covered under various aspects after the game is launched and made live.

“The net revenue is split between us and the publisher in a pre-decided ratio after deducting other misc costs involved. If the game is performing well, the publishers reward us with bonus amounts. Added up, the model is really efficient,” he says.

India has started showing immense potential for local games. Games like Tambola, Teen Patti, and Rummy have been a part of people’s lives for ages, and the mobile gaming sector has promising traction.

A report by Unity Technologies and NGDC, Emerging Trends in India Gaming Industry, said the Indian gaming Industry will touch $801 million by 2022.

Currently, startups like MoonFrog Labs, JetSynthesys, Octro, 99Games, and a few others are some of the top players in this space in India. The presence of big development centres like Nvidia, UbiSoft, Zynga, Electronic Arts, Disney, Playdom, Sony, and Digital Chocolate continues to give the industry a boost.

Game plan for the future

“We are targeting 10 IP games for various publishers every year with a target of 50 million total downloads each year. With the kind of speed and quality we have, it doesn't look very difficult,” Aayush says.

Looks like it is game on for this startup from Bharat. 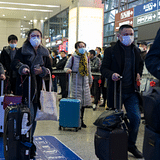 Coronavirus: Practo now has COVID-19 testing kits on its platform, starts with Mumbai