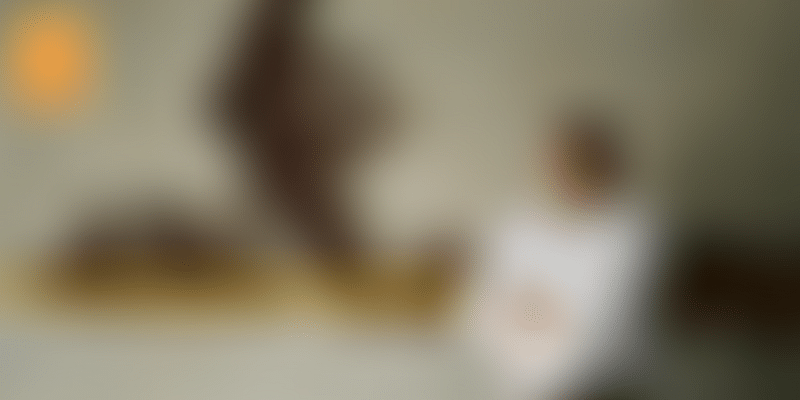 Anupam Jalote, CEO of Ahmedabad-based incubator iCreate, tells YourStory about the ‘x-factor’ in startups, what they look for in a founder, and emerging trends in the Gujarat startup ecosystem.

Startups from smaller towns often lack the advantages that those in metro cities take for granted. That’s why the role played by incubators and accelerators is so important. They not only function as coworking spaces, but also provide guidance and mentorship, and help startups scale.

Ahmedabad-based iCreate is one such autonomous technology business incubation centre that identifies and nurtures aspiring entrepreneurs.  The brainchild of Prime Minister Narendra Modi, then Chief Minister of Gujarat, the sector-agnostic centre aims to “solve for different developmental needs of India”.

Established in 2011, iCreate has been home to several successful startups in sectors such as drone technology, automation, healthtech, foodtech, electric vehicles, energytech, and software.

In January 2018, Narendra Modi, along with his Israeli counterpart, Benjamin Netanyahu, visited iCreate to speak on innovations from India and announce Israel’s collaboration with iCreate, which aimed at helping the institute benefit from of Israel’s innovations.

And Anupam Jalote, the iCreate CEO, is leading from the front to foster innovation and enrich India’s entrepreneurial ecosystem. Anupam has been a part of both, the corporate and startup worlds. An MBA from Purdue University, he has worked in leadership roles in companies like Bharti Airtel and Tata Communications. He even started his own venture to convert waste to energy: GreenOil Energy Sciences.

In a recent conversation with YourStory, Anupam talks about the x-factor in startups, emerging trends, and what can a startup expect from an incubator.

YourStory: How do incubators bridge the gap between the supply and demand of startups?

Anupam Jalote: Nobody can increase the supply of startups. It grows from the national pool. The government has played a huge role in creating a positive atmosphere and buzz around startups.

People from traditional families are now either working for startups or starting out on their own. This was not the case five years ago. Supply is now growing.

Earlier, we saw quantity yet not great quality. Of late, people have started thinking and probing deeper. Instead of initiating just 'me-too' projects, they are coming up with interesting innovations.

YS: How does iCreate help startups? What do they gain?

AJ: They get sharp clarity on customers, target audiences, and their market size.

Often, startups are creators or inventors – they create a technology, product or service. Sometimes they are so happy with their creation and technology journey that they don’t adequately focus on the customer and market. Yet, that is where their survival, growth and success stem from.

Secondly, we constantly provide a team of senior experts to sharpen their vision, to focus, and to strategically power them. We apprise them about the critical aspects to focus on, and how to execute a plan swiftly.

Thirdly, we connect them to investors.

YS: What are the key considerations and criteria for selecting a startup?

AJ: We have a pan-Indian exercise. We call for applications, which are then screened. A committee interviews them, and takes a decision to select them for prototyping support or general support.

Currently, we have projects from 17 States across the country.

YS: What do you look for in a founder or a team?

AJ: We stay away from personal or person-based decision making.

We want to ensure that it is not a one-man team. We do take one-person promoters but we try to look for people who have teams as it is a critical business factor.

Secondly, as a part of an evolving value chain, they must have core competence. Be technically or financially sound, or if it is an operationally complex business model, they should master operations.

Often, people ideate well yet they have not mastered any of the key elements of the value chain. Those are the ones we find difficult to choose. They should either have technical competence or a deep understanding of the market and value chain. The general capability or ability to pull things together is not what makes a successful enterprise.

YS: What are the emerging trends in the Gujarat’s startup ecosystem?

AJ: Interestingly, we have many electric bike startups coming up.

iCreate has consciously chosen to focus more on embedded systems, electronics and IoT, rather than focusing on pure (IT) software-based products.

Thus, we tend to invite and see more hardware-based products than just IT-based ones. We are also seeing many wannabe-blockchain companies, and some very real and interesting AI cases as well.

YS: What differences do you see in startups from Tier II and Tier III cities versus those in metros?

AJ: There are two fundamental differences. Those in metros tend to have better exposure to technology and quality people.

However, we find that the grasp of real problem statements is higher in Tier II and Tier III promoters, as is their willingness to put in the extra effort and go through the entrepreneurial fire and sustain initial adversities.

YS: Is there any particular sector gaining investor interest?

AJ: Investors seem to be very interested in the fintech space. Despite there already being many startups in the space, there’s still a huge requirement.

Pure blockchain as a service as well as EV startups are gaining interest. There’s also watertech and medical devices that are garnering the investor’s interest.

AJ: People often don’t understand how challenging it is to run incubators. They are expected to have a panel of cutting-edge mentors, great facilities while giving the project seed capital, funding, and support. All this comes at a huge cost. Mentorship is not free of cost. Startups require committed support and that comes at a cost. Therefore, if an incubator is to maintain a high-quality pool of mentors, then it costs money, and somebody should be able to pay for these services.

Giving a space to startups is not enough. A lot of money should be given to an incubator apart from (just) funding projects.

That is where CSR money can help, especially for the critical task of capacity building.

YS: Are there any new initiatives from the government to promote startups?

AJ: They are pouring money into startups, which is a good thing. They are clearly signalling that they intend to support more startups. The biggest role of the government is to signal what it considers desirable. So, the fact that they are putting more money behind startups, and looking to make things easier for them are signals that they continue to be an area of importance.

[Startup Bharat] From a water-saving polymer to an innovation lab, 5 inspiring stories from Raj...