[Startup Bharat] College dropout sets up an edtech platform to connect students to schools, colleges, and universities in rural areas 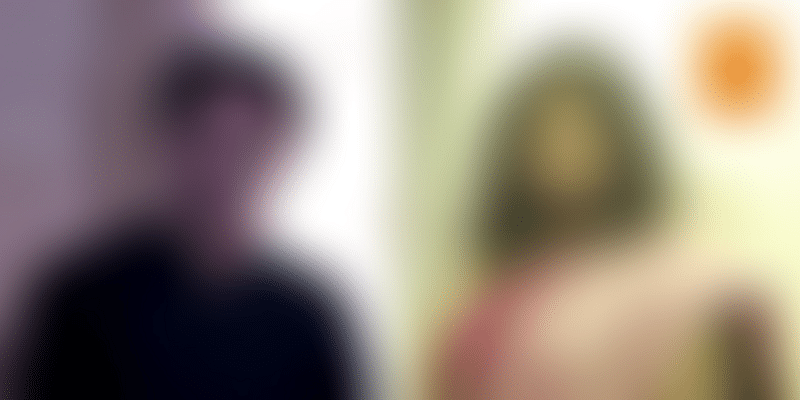 Patna-based Campus Varta enables students in rural India to get updates from schools, colleges, and universities. The edtech startup claims to have reached 54 universities, 1,800 colleges, and 1,000 schools, with a monthly active user base of 40,000.

Students in metros don’t have to think twice while researching higher studies. A few hours online, and they know plenty. But youngsters in Bharat often wonder about the opportunities and options open to them.

Ranjan Mistry faced a similar situation when he decided to champion the cause of his sister's education over her marriage. While gathering information on courses, he came up with an idea. What if there was a website that amalgamated information on schools and colleges across the hinterlands? That one idea soon metamorphosed into Patna-based Campus Varta, a platform that brings together rural schools, colleges, and universities.

“We are addressing the problem of lack of campus news in rural India. Rural schools, colleges, and universities don’t have any digital presence. Many students in these areas miss their final exams due to lack of awareness and information in real time. They are also unable to explore startup events, e-cells, and workshops,” says Ranjan Mistry, Founder and CEO, Campus Varta.

Ranjan, a college dropout, was keen to make educational opportunities available and accessible to these students.

He founded his bootstrapped startup in 2017; in 2018, he was joined by Shubhechya Sarkar as COO. The duo met at IIT-Kharagpur while doing a technology-based entrepreneurship programme (TEDP) sponsored by the Department of Science and Technology (DST).

Shubhechya has completed his B Tech in Chemical Engineering from Jadavpur University. Ranjan, despite not completing his college education, in 2017 became the youngest speaker from Bihar at IIT-Bombay along with Anand Kumar, the Founder of Super 30.

A window to campuses

How does Campus Varta work? It gives students a connect to campuses in four ways:

The startup has partnered with institutes like IIT-Kharagpur, IIT-BHU, ISM Dhanbad, BIT Pilani, IIMs, and with Bihar-based colleges like IIT-Patna and IIM-Bodhgaya.

The team comprises 10 core members apart from the co-founders, and has 100 ambassadors from various colleges and universities. As of now, information on the platform comes from campus ambassadors, freelance editors, press releases from institutes, and the startup team. However, Campus Varta plans to shift to user-based content soon.

Starting up in Bharat

Ranjan says starting Campus Varta in Bihar was “the best opportunity for the team”, but did not come without challenges. Ranjan explains:

“One of the biggest disadvantages of starting and running a venture in Bihar is about getting the right team in place. We have to rely on interns, but most students in Bihar are not aware of and inclined towards internships. That’s why we face problems."

He adds that connecting with schools, colleges, and universities isn’t easy as the administrative staff often do not respond promptly over email.

Another challenge the team faced was that most students and teachers in rural areas are unaware of the digital world. Campus Varta is trying to resolve this by educating them; its volunteers provide one/two-day training on the basics of internet.

Unsure whether to get a job or study further? The solution is just a click away with this start...

According to the World Bank, as of 2017, only three percent of India’s rural population was regularly active on the internet. In 2018, the total internet subscribers in urban and rural regions were 365 million and 194 million, respectively.

Ranjan claims his startup is the only such player in rural India. At university level, it competes with forums such as DU Beats, University Express, and JU Journal.

“We have currently reached around 3.5 million people directly and indirectly, mostly penetrating rural India offline and then converting it into online mode. We have reached over 54 universities, 1,800 colleges, and 1,000 schools. Our monthly active user base is at around 40,000, as of now,” Ranjan says.

The platform is available only in English at present, but that may change given that a majority of the people coming on to the internet for the first time are more comfortable with regional languages.

Campus Varta earns revenue through paid advertisements, events, paid projects, and commissions. It claims to have had a total revenue of Rs 5 lakh in FY19.

It is recognised by Startup Bihar, and the team expects to get seed funding of Rs 10 lakh from the State government. The company was also nominated as a semi-finalist for 'Forbes 30 Under 30 Asia List 2019' by Forbes Asia.

The platform plans to add new versions and features to its website soon. These include user-based content in 10 regional languages, a section for campus events, and a facility to book auditoriums or space in institutions for events.

“We also have plans to add a crowdfunding option to help needy students and will help students to get internships by tying up with companies and startups,” Ranjan says.

These women entrepreneurs are beautifying homes and generating livelihood in rural India by inn...