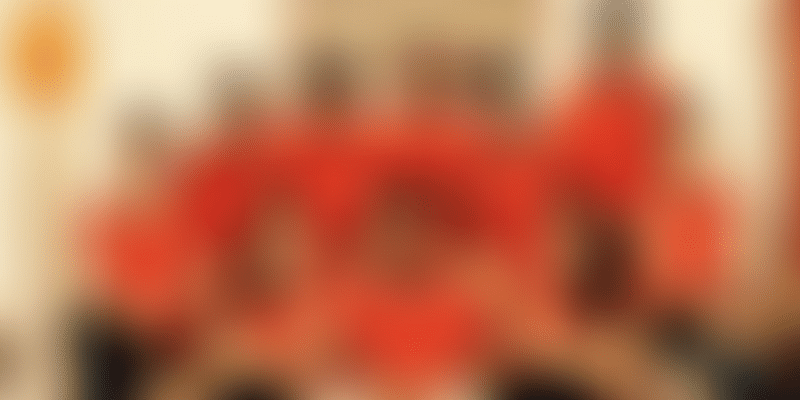 Calipso is an Indore-based offline and online beauty services marketplace. This June, the startup will offer head and foot massage services to passengers travelling from Indore.

Indore-based Calipso is a beauty services startup that has tied up with the Western Railways. The startup will now provide head and foot massages to over 80 trains with direct access to 1,50,000 passengers. It also has a physical store at the Indore junction platform.

Two months ago, Calipso also raised a funding of $2 million from an undisclosed investor. The startup was founded in 2016 by Gaurav Rana and Shubhra Shrivastav. However, Shubhra is no longer associated with the da

“There will be marketing stickers at every coach with a contact number. The head and foot massage services will be provided between six in the morning and 10 in the night. Every service provider will be carrying their identity card for police verification and will also be in their Calipso uniforms,” says Gaurav.

The services will be divided into three categories - gold, diamond, and platinum. The physical salon at the station will provide quick beauty services like haircuts, threading, and cleanup.

“Within one year, we will start our services in 500 trains along with physical stores at various railway stations,” says Gaurav.

Apart from this, Calipso is also setting up a 2 lakh sq ft beauty and wellness resort. This resort will be operational from August this year.

Calipso is being mentored by Vinod Sood, early investor and mentor of OYO. Speaking on why he chose to mentor Gaurav, Vinod says:

“There is this fire and passion in Gaurav that I see, which makes me believe in his idea and dream. He isn’t a likely candidate that most mentors would choose. Gaurav doesn’t have a pedigree degree, his English communication skills aren’t perfect, but I know of his journey and there is a fire in him that I believe will make him win. Most mentors tend to back safe candidates, but here it wasn’t about the ticks in the boxes, it was about what one can do with passion.”

Before starting Calipso, Gaurav ran an event management firm. He got the idea of Calipso by looking at his mother, who worked as a beautician. She was fairly well-known and would be called on for house visits. She used to get contracts for marriages, but that was limited to only people who knew or had heard of her.

“In this world of knowledge asymmetry, I felt it was important that people had an idea of every service provider, while being able to understand their ratings and book them whenever they wanted,” says Gaurav.

In order to get this done, Calipso tied up with salons, ranging from the basic to premium. The team also tied up with independent beauticians and freelancers. As of last year, the startup claims to have clocked revenue of Rs 60 lakh. It also has a tie up with IIM Indore.

Gaurav adds that the company works through a revenue sharing model with freelance stylists and salons, and has its own trained beauty professionals on payroll. The team intends to have a pan-India presence soon with 60 to 70 percent repeat customers.