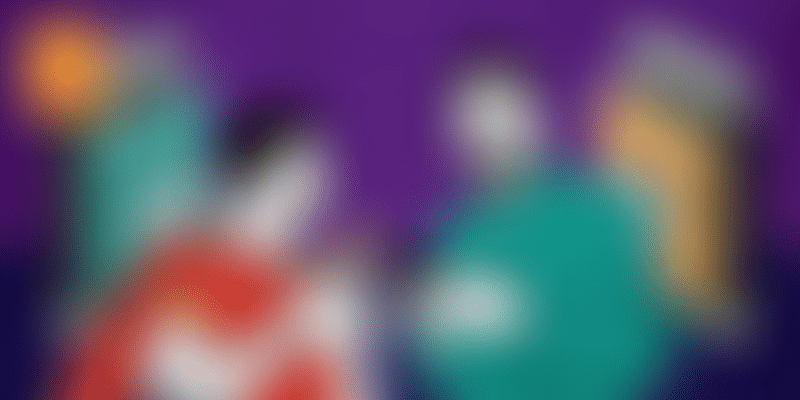 Four months after we started YourStory’s Startup Bharat series, we take a look at whether or not ventures beyond the big startup hubs are attracting the type of investor backing they deserve.

In the past five years, Indian startups have raised close to $44 billion across 3,712 deals. The bulk of this, however, was poured into companies across the startup hubs of Bengaluru, Delhi-NCR, Hyderabad, Mumbai, Pune, and Chennai. Funding for startups outside these cities totalled a miniscule $1.17 billion across just 200 deals. That’s less than 3 percent of the money raised and just 5 percent of the number of deals.

This story is not just about funding. For India, startups also mean job opportunities. That's one of the key reasons why the government launched the Startup India initiatives. So, if Indian startups are to serve not just as wealth creators but also job creators, it’s not enough to back startups from just a handful of cities.

YourStory Research shows that investors have begun showing a real interest in startups based out of Tier II and III cities. The number of deals and the quantum of funding has been steadily growing.

This year too, startups outside the major startup hubs have gotten off to a great start, having raised $165 million across 18 deals.

The Indian Angel Network (IAN) believes there is an increasing interest in such startups. In a recent statement, it said that close to 15 percent of its investee companies are from Tier II and III cities.

Also read: From 2015 to 2018, Hyderabad has made all the right moves to become a startup hub

An analyst from a top consultancy firm says investors have so far preferred investing in startups looking to solve the problems of the population in metros or make life easier for them, focusing on sectors such as ecommerce, food, and some parts of mobility. Now, they are looking at startups solving problems that impact larger sections of the population.

A quick look at the YourStory database of funded startups shows that startups in smaller cities are coming up with interesting solutions to problems that affect most parts of India. Which is not to say that they are shying away from sectors like ecommerce or fintech. In fact, there are just as many startups in sectors like ecommerce and SaaS, as there are in edtech and healthtech, which might be considered to have more social impact.

“What is interesting is that if you look at the numbers, these are mostly seed and early stage rounds. That means, the risk appetite to invest in startups from these areas is increasing. This paves the path for future investment rounds as well,” says the analyst.

Apart from this, the Startup India push and initiative by the central and state governments is making starting up in these cities lucrative.

“Whether it is the Blockchain and AI push in Kanpur or the Fintech Valley push in Vizag, the governments have ensured that startups become mainstream in India, even in the smaller towns,” says Padmaja Ruparel, President and Co-founder at IAN and Founding Partner at IAN Fund.

IAN itself has invested Rs 40 crore in 10 startups from cities like Nagpur, Belgaum, Kochi, Madurai, and Ahmedabad.

Recently, Bhopal and Lucknow-based TheKabadiwala.com, a doorstep service that helps people sell household junk, raised seed funding of Rs 3 crore. It’s Co-founder, Anurag Asati, says the investors were focused on the product and how scalable it can be, and not on where they are based.

And it’s not just seed or pre-Series A capital that is coming their way. Jaipur-based online jewellery platform Voylla has raised $15 million from Peepul Capital. Chandigarh-based hyperlocal delivery platform Jugnoo has raised $16 million in Series A and has Paytm as an investor. Odisha-based dairy venture Milk Mantra raised $10 million Series D funding as far back as 2017.

Value and scale matter the most

Getting funding, however, is the second step. The first is to get a business going. As Padmaja says, it is important that startups are born, survive, and thrive across India. “It will also help distribute wealth, value, and business across the country,” she adds.

What matters for startups in smaller cities - just like startups in the big hubs - is whether or not they are solving a problem that needs solving, have a product-market fit, and a scalable model, Padmaja says.

“Investors are always looking for great founders and startups no matter where they are from. It doesn’t really matter anymore if you are from Delhi, Bengaluru, or Mumbai; you can be from any part of India, as long as you have a great product, an investor will look at you.”

Where these startups really add value lies in their first-hand understanding of the unique problems that the semi-rural population faces and their ability to tackle challenges that don’t exist in bigger cities.

“They also have an understanding of the market that possibly an entrepreneur from Bengaluru, Delhi, or Mumbai wouldn’t,” Padmaja says.

Also read: With T-works, Hyderabad is building a one-stop shop for all manufacturing startups

If recent data is anything to go by, even larger Indian and global MNCs have started acquiring startups from Tier II and III cities. Greaves Cotton, a diversified engineering company, acquired a 67 percent stake in Coimbatore-based electric vehicle two-wheeler maker Ampere Vehicles for Rs 77 crore.

Even the larger global incubators have started looking at ‘Bharat.’ Udaipur-based agritech startup EF Polymer was selected for a one-year residency incubation programme by the Japanese government at the Okinawa Institute of Science and Technology (OIST), along with ¥10 million in funding. It will also be working in different parts of Japan to test out its product, a polymer prototype that absorbs and retains water, and can boost crop yields in water-starved areas.

Thriving against the odds

Padmaja also believes that founders from these cities tend to be more tenacious. “They have the drive to making it work and are focused on making money and making it big.”

She’s certain these startups have the potential to serve the global market (and not necessarily just the US). “A global market isn’t restricted to one or two places. A lot of these startups can test and try out markets in Africa, Southeast Asia, parts of Europe, and South America,” she adds.

And rightly so. Thiruvanthapuram-based Genrobotics’ product, Bandicoot, a 50-kg, remote-controlled robot, is an automated solution to clean sewers and end manual scavenging. Their robots have been deployed in five states Indian states and may soon make their way to several countries in the Middle East as well.

Vadodara-based Indusface, an application security provider, has over 1,000 clients across Asia and is now investing in expanding its presence in the US market, having set up an office in San Francisco.

Also read: The secret behind Hyderabad’s rise as India’s entertainment-tech hub in 2018

While there is increasing investor interest in the space, startups in smaller cities face their own set of challenges, ranging from lack of infrastructure, exposure, and the right market access. Both Padmaja and Alok believe that they need mentorship in terms of building the right connects, getting market access, and strategic advice.

“One of the benefits of being in a larger city is the access to talent and people,” Alok points out.

It’s one of the reasons that fintech startup Razorpay, originally from Jaipur, moved to Bengaluru. Indusface, while headquartered in Vadodara, chose to set up an R&D team in Bengaluru and sales offices in Mumbai and Delhi. Their Vadodara office handles customer support.

Founders in Tier II and III cities are aware of these challenges - of access, mentorship, and even funding. The founder of a hardware/robotics startup from Kochi, who is currently is looking at raising funds, seeking anonymity said that while founders based outside the major startup hubs do travel to meet investors, they are competing with a flood of entrepreneurs from big cities for face time with investors.

“Most investors are already bombarded with a lot of requests from startups in their respective cities like Bengaluru or Mumbai,” he says, adding, “What would really help is if we can get early-stage investors to build connects and networks (outside their home base), or if the incubation centres can arrange weekly interactions with them.”

A quick look at event websites today throws up startup-focused events taking place almost every week in cities where even a few startups are based. Incubators and government initiatives are trying to arrange for access to mentors, capital, and strategic connects to open up potential markets.

But when it comes to funding, it is important that entrepreneurs make frequent trips to cities like Bengaluru, Delhi, or Mumbai to meet investors.

Alok says that this not only gives them exposure to a wider audience, it also gets them the connects they need with investors, mentors, and strategic partners to build a network that will help them further down in their entrepreneurial journey.

We, at YourStory, have also seen startups and incubators emerge and grow in smaller cities over the past couple of years. As we met entrepreneurs from cities and towns not traditionally associated with technology or startups, we realised that innovation is not limited by location. We can only hope that success is not limited either.

And while you’re here, check out our Startup Bharat series featuring ventures from smaller cities and towns from across India. Each is a fascinating tale of innovation, persistence, and grit.

Also read: [Startup Bharat] There is innovation here too, say startups that have found a new home in Bihar