How Uber plans to conquer the skies, reveals Stan Swaintek of Uber Aviation 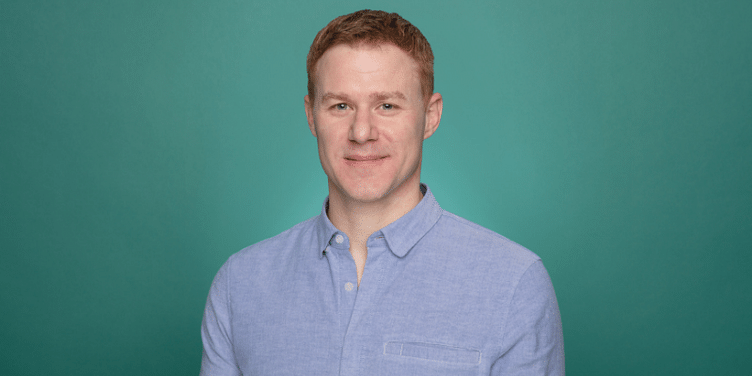 In an exclusive interaction with YourStory, Swaintek, Director of Operations, Aviation, Uber, and the earliest member of Uber Air, revealed the ride-hailing platform’s plans for air taxi services on the sidelines.

Ride-hailing platform Uber is now looking skyward for its mobility plans. And if all goes to plan, Uber Elevate – the firm’s aerial arm – may soon fly air taxis in India, Stan Swaintek, Director of Operations, Aviation, Uber, told YourStory on the sidelines of the recent Uber Elevate Summit in Washington, DC.

Uber’s ambitions to transform from a ride-hailing app to a ‘transportation platform’ are well known; it’s a vision oft-cited by Chief Executive Dara Khosrowshahi for the mobility firm. Given these ambitions, it seems only natural that the company is setting its sights on the sky to tackle on-ground congestion.

“We are fundamentally changing mobility and the way people are moving in cities so that they won’t be restricted to congested pathways. In doing so, we are creating a valuable service. The idea, however, is to do it in safe and reliable ways,” Stan says.

In fact, if you were at the third edition of the Uber Elevate Summit in Washington DC, you would’ve been convinced the San Francisco-based company is more of an aviation company and less a ride-hailing one. And yet, In Uber’s transformation from a ride-hailing company to a transportation company, India presents an important opportunity for its air taxi services, Stan says.

“India is an important market for Uber Elevate, and we can create value for riders taking into consideration the pain points in India, with Uber Elevate. It is an opportunity we are excited about, but we have a strategic roadmap in place where we want to test the service in our home market first,” Stan says.

At the recently held Uber Elevate Summit, the company’s core team delved into its plans for air taxis, and showcased potential models and suppliers it would work with.

“We are closely working with different original equipment manufacturers (OEMs), who are designing and making these air taxis, so that they can be used for urban commute on the national airspace. As investments are being made to bring these vehicle technologies to life, we are using operations constructs that can be used in different markets,” Stan explains.

Attendees at the Uber Elevate Summit even got a simulated experience of taking a ride on an air taxi.

Earlier this year, Uber announced that it would be starting its air transport services in 2020 with Los Angeles and Dallas-Fort Worth in the US. It also said that its first international market for hosting the Uber Air services would be Melbourne, Australia.

“Dallas and Los Angeles have always been important markets and in 2023, Australia will be the first international market we look at. We don't see it just as a city changing transport service but a world-changing one,” Stan notes.

However, aviation regulations differ vastly from urban on-ground transport rules, and Uber would be flying into uncharted territory, especially in international skies. Stan says the company intends to work with policymakers and regulators on bringing about change and clarity.

“Aviation is definitely one of the most regulated industries, but regulations aren’t something that can’t be changed or overcome. These regulations were written when they weren’t intended for urban mobility. The change will happen by partnering with regulators and private players. There is a need for exceptions and additions to the existing rulesets to enable this type of transportation. The important part is we have a shared priority for safety,” he explains.

Still, cost is also expected to be a challenge with air taxis. While Khosrowshahi has said the company intends air mobility to be affordable for the masses, industry reports suggest otherwise. To be clear, an eight-minute shuttle flight between Manhattan and John F Kennedy Airport is expected to cost $200, according to a report by New York Times.

Nevertheless, the opportunities far outweigh existing concerns. With growing on-ground traffic congestion woes, the air taxi market is expected to touch $3.4 billion globally by 2025 and $17.7 billion by 2040. This makes the market a hard opportunity to pass up.

From the Air Force to Uber Elevate

Stan, who has been part of the Uber Elevate team for two years now, says his experience from the Air Force to now solving mobility woes has made it an awe-inspiring ride.

Previously in the US Air Force, Stan served in various positions, including Operations Officer, platoon leader, and helicopter pilot. He later went on to become a Commander, Special Missions Liasion, and Executive Officer.

“I had assumed my ultimate aviation experience would be of less value in the business world. That was until I joined Uber Elevate. On a daily basis I am in awe of the talent and the vision at Uber. There are a a lot of people who can identify an opportunity, tell a story, and communicate a vision. There is an ability to understand the know-how and translate that vision into a value - it is the hard part and Uber does it well,” Stan signs off.