On World Refugee Day, a look at startups by refugees using tech to solve problems for their communities 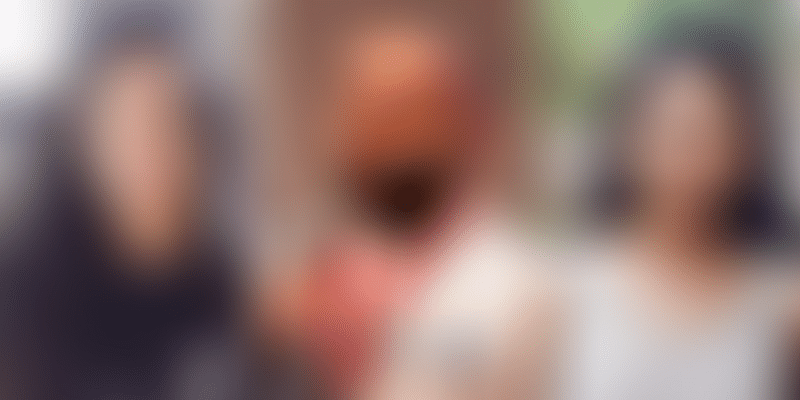 According to UN Refugee Agency reports, 70.8 million people all over the world are displaced. And 25.9 million of them are refugees. On World Refugee Day, we shine the spotlight on these startup founders using technology to help them navigate the world.

In the last few years, the world is rife with debates around refugees and refugee-related policies. In fact, US President Donald Trump made promises to keep immigrants and refugees away from the country to ‘ensure safety of jobs for native people.’ But reports and statistics tell a different story.

The National Foundation for American Policy states that 55 percent of $1 billion startups (50 out of 91 such startups) in the US have had at least one immigrant founder.

Looking at major tech giants, Google chief Sundar Pichai and Microsoft CEO Satya Nadella are both immigrants. Other founders like Amazon’s Jeff Bezos and Apple’s Steve Jobs are sons of immigrants from Cuba and Syria, respectively. During a speech at the University of Glasgow, Apple’s CEO Tim Cook said,

“Our company has immigrants in it that are key to the innovation of our company. Our company depends on diversity. It’s the tapestry of getting people with all different backgrounds and all different point of views that are able to create the best products.”

To put it clearly, the world and its society is built on contributions made by refugees and immigrants.

Tenzin grew up in Dharamsala, India and moved to the US when she was a teenager. She pursued her undergraduate studies in Stanford University. As the first Tibetan Rhodes and Harry S. Truman scholar, Tenzin studied Comparative Social Policy at Oxford University.

During her fellowship at the United Nations, she noticed a major challenge among the migrant and refugee youth in the Asia-Pacific region was resettlement.

Realising that technology is a powerful medium to address these gaps, she concluded that a social venture tech startup could be the best fit. Hence, she co-founded Kinstep in 2016 with Adrienne Huesca, a startup and VC advisor, and the COO at Kinstep.

Based in San Francisco, Kinstep is a platform that connects immigrants with employers. The startup ensures that no immigrant is saddled with ‘under the table’ work. Kinstep helps to negotiate full employee rights, so that these workers receive benefits like bonuses and healthcare benefits from the employers.

Tenzin was among the Forbes’ 30 under 30 Social Entrepreneurs 2018. She recalls her own journey to the US and says that a tech service would have made things easier for her. Speaking on migrant employment at MIT-Solve, she said,

"Immigrants show up. They've shown up for work, shown up for this economy, and shown up with their political and social will. When you add an immigrant or refugee, it immediately starts attracting new ideas."

At the early stage, you invest in people: ZhenFund's Victor Wang on the guiding philosophy of C...

Tey El-Rjula started his asylum application in a refugee camp in Netherlands after his five-year work permit was terminated in 2014. There, he noticed that most Syrian refugees could not verify the authenticity of their documents, and had lost their land titles and academic certificates on the road. On his Dutch driver’s licence, his birthplace was unknown as he was born during the Gulf War when all birth registries were destroyed.

It occurred to him that they were all ‘invisible people’. Having seen and lived the hardships that comes first hand for all immigrants, he founded Tykn.tech with COO Khalid Maliki and Business Development Lead Jimmy J.P. Snoek, in November 2016.

Based in Hague, the Netherlands, the startup has developed a platform using blockchain and smart technology where personal data proof can be secured and shared. The company’s main aim is to ‘provide digital access through digital identities.’

Mursal’s mother was a successful engineer in Afghanistan. But after Taliban took over Kabul, the two fled to the UK for safety. There, her mother was left without a job for a decade despite being a civil engineer graduate from the Kabul University with many years of industrial experience. Mursal was four at the time. Growing up, she saw several other refugees facing the same problem.

Knowing that refugees were skilled, educated, can speak English comfortably and contribute to the society in the UK, she decided to close this gap.

Based in London, Mursal’s social enterprise Chatterbox was founded in 2016. It works as a platform where displaced people can impart their culture and provide linguistic training for students and professionals in London.

It has trained over 110 immigrant tutors known as ‘coaches’ who have worked for 2,028 hours. Additionally, 834 learners have connected with refugee coaches. Some of the most popular languages available on Chatterbox are Arabic, Spanish, and Mandarin.

Mursal was recognised in the Forbes’ 30 Under 30 Social Entrepreneurs list in 2018 and MIT Innovators Under 35 in in 2018. Speaking about her work as an entrepreneur to Women in Foreign Policy in 2018, she said,

“I wanted to become a social entrepreneur because I wasn’t happy with how the world was organised and wanted to be a part of creating positive change in the system.”

An Israeli startup set out to be the ‘Flipboard for video’ and is now building the future of vi...

Simon (his last name and picture have been kept confidential to protect him and his family in Syria) was an engineering student in Syria who could not complete his studies due to the war. He had to flee his country and settle in Australia, which was not an easy feat. But Simon managed to get a scholarship to complete his studies at the Western Sydney University.

Determined to not let anyone else go through what he had to, he co-developed an app with Alice and Remi called SettleIn, which helps newly arrived refugees in Australia to transition to their new lives. The app helps them connect with case workers, share paperwork and documentation, and plan better future goals.

Simon said he wants people to learn from his experience, and added, “If this app had existed, it would have helped me. It would have saved a great amount of time and money.”

The trio was selected at a startup incubator programme at Pollenizer and won Australia’s Techfugees in 2018 - the country’s first hackathon for refugees.

This 15-year-old Syrian is creating a revolution in a refugee camp, the Malala way