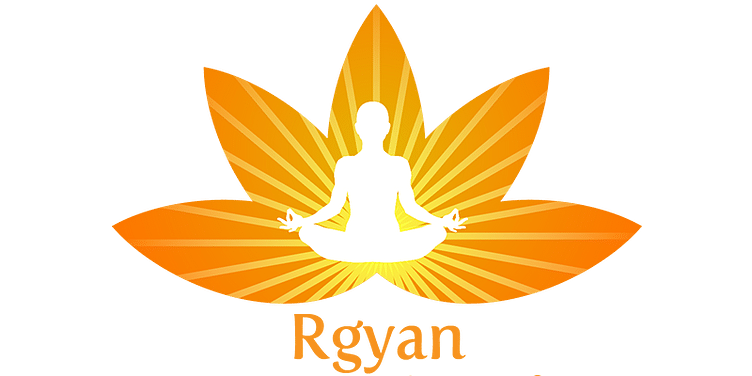 Even as we struggle to keep up with everyday demands, running the rat race has rendered the average Indian employee tired, restless, and in the quest for peace and inner happiness.

Rgyan, the newly-launched app dedicated to spiritually-inclined Indians, has come at a time when many of us are looking to tap into the deeper meaning in life… but from our smartphones.

Rgyan is the brainchild of Debjit Patra (53), who conceived the idea when he came face to face with the rich spiritual heritage India has to offer. While he was at Haridwar, he saw a picture of around 137 renowned sages, and this held him mesmerised. With a desire to let people get in touch with their spiritual side, he roped in like-minded Umesh Khatri (27), and Devendar Agarwal (35) to start Rgyan in late 2016 as a single online platform for those seeking spiritual fulfilment.

YourStory used the app for the past couple of days, and here is our review.

The first thing we liked about the app is that users can access it anonymously; there is no compulsion to create yet another account. However, to access the social network features of the app, one has to create an account with a registered mobile number. The app claims it does not share user data with anyone else.

Once a profile is created, users can share their spiritual, philosophical, and motivational thoughts via photos, videos, and GIFs. The users can also use the app as a platform to write blogs on spiritual topics. This is an interesting feature, as this provides a platform for aspiring or established writers belonging to a niche category.

Similar to Quora, Rgyan allows users to read and answer questions in different categories. Besides that, one can also participate in open polls.

The app provides users with reward points on predefined criteria. We answered a question and received 100 reward points. But it is unclear how these points can be used.

For people inclined towards subjects like astrology, vaastu, numerology, occult sciences, and other related matters, Rgyan gives an opportunity to connect with like-minded people. It has a networking feature for the spiritual community to share and discover their thoughts, information, etc. in the form of pictures, videos, text, etc.

However, since a lot of content is generated by the users, a question arises about the quality and authenticity of the content on the social networking feature. It would have been good if the app had options such as ‘verified’ user, or a tag like ‘spiritual enthusiast’, etc. to filter users based on their activity, and to assure users of the authenticity of the content.

However, Rgyan does allow you to report content and the user who posted it if it is violating any content guidelines.

The most interesting feature of the app is that it lets users locate the temples based on the region. A user can even filter temples dedicated to a particular Hindu deity, and search according to categories like ‘largest temples’, ‘famous temples’, ‘ancient temples’, ‘monasteries’, etc. The startup claims to list more than 4,000 temples at present. We browsed the list, which currently comprised mostly Hindu temples, and a few Buddhist temples and monasteries.

However, it would also be good if the app includes places of worship of other faiths and religions as well.

The app’s content is also available in Indian languages, including Hindi, Marathi, Bengali, and Telugu. Owing to the app’s easy and everything-on-home-screen design, it makes it very easy to switch languages whenever the user desires.

The app has a great design and, like we mentioned before, everything is right there on the home screen, making it easy for a user to browse through the app and find what they are looking for. And the app still manages to not look cluttered, with the overall look and feel of the app being quite refreshing.

Since the app is very new, we faced some issues such as the ‘back’ option. At any point of time when you select the ‘back’ option on the app, rather than taking you to the previous screen, it takes you to the Home Page, or when we wanted to go back from the Settings page, the app closed down by itself. Even though the app did not crash even once, Rgyan needs to iron out the issues with the ‘back’ option. It may get annoying and end up leaving a user frustrated and not wanting to use the app.

Apart from this, we did not find any other lags or issues.

The app is just three months old, hence has a narrow install of 500+ on Android Play Store. However, it has been rated a full five stars by users so far. Overall, the startup claims to have a monthly user base of around 450,000, and a monthly page visit of more than 600,000 on the platform.

Rgyan acts as a ‘spiritual Instagram meets Quora’, which makes it a social networking platform where people can express and share content on spiritual exercises and pursuits. Besides its core offering of social network and temple search, the app’s other features like the news on yoga, health tips, home remedies, and Ayurveda tips are yet to gain some steam among users as when we browsed through these categories, we did not find much content.

The startup has to either up its content game or scale up user base to solve this problem. Also, Rgyan, in its current format, is positioned more as a religious app. But since these are early days, we hope to see more non-denominational spiritual features soon.

All in all, the app serves the purpose of being a single platform to cater to spiritual minds. We recommend the app for those who are seeking a spiritual path, are religious, or want to share their journey or simply connect with like-minded people.

Here's what Sadhguru has to say about life, stress, and loss