Budget 2019: Will FM Nirmala Sitharaman unlock the plan to turn India into a $5 trillion economy by 2025? 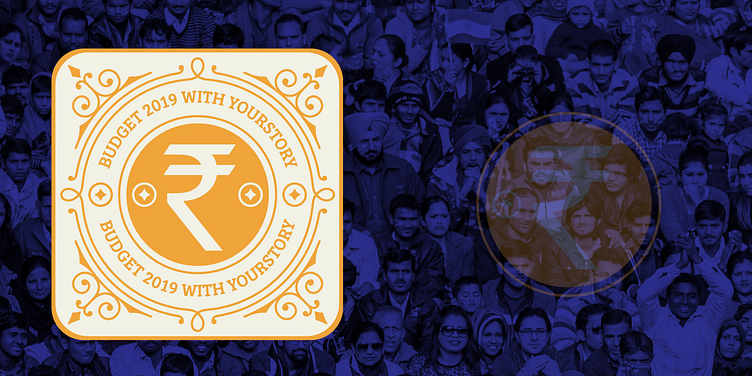 The Economic Survey has also projected that the GDP growth in FY20 will be seven percent while the economy will have to record eight percent growth every year to reach the trillion dollar target.

Nirmala Sitharaman will present the 89th Union Budget today (July 5), the first full-time woman Finance Minister to do so.

This will also be the full Budget of the second term of PM Narendra Modi’s government, after former stand-in Finance Minister Piyush Goyal presented the Interim Budget in its last term in February this year.

The Economic Survey has lined up an ambitious plan to turn the country into a $5 trillion economy by 2024-25.

It has also projected that the GDP growth in FY20 will be seven percent while the economy will have to record eight percent growth every year to reach the trillion dollar target.

Expectations are already sky-high with calls from both industry and ordinary citizens for policies that will boost a slowing economy.

According to a Finance Ministry report, the Indian economy appears to have slowed down in 2018-19 due to lower private consumption and tepid growth in fixed investment and muted exports.

The Central Statistics office (CSO) data also showed that economic growth slowed to a five-year low of 5.8 percent in the fourth quarter of 2018-19, pushing India behind China, due to poor showing by agriculture and manufacturing sectors.

And in some more bad news, the unemployment rate in the country is also at a staggering 45-year high.

Budget 2019 is going to be a tough balancing act for Sitharaman as she tries to boost economic growth and also lower the fiscal deficit.

The startup world has its own set of expectations.

President Ram Nath Kovind’s recent speech in Parliament where he called for the creation of more startups - 50,000 by 2024 - has revealed the keenness of the government to encourage this segment, and also perhaps set the tone for the revival of the government’s startup policy, especially Startup India.

The year has begun well for the Indian startup ecosystem with four companies – Delhivery, BigBasket, Dhruva, and Ola Electric - entering the coveted unicorn category. There has also been no let-up in the fund flow for the segment during the first six months of 2019.

Prime Minister Modi coming back to power has added to the confidence as it had already unveiled the Startup India programme way back in January 2016. Continuation of policies and stability of government are the elements that any industry seeks, and startups are no different.

Despite this optimistic scenario, there are still some serious issues plaguing the segment that has an overall impact on the ecosystem. These primarily revolve around taxation, ease of doing business, and desperate need to pump in more funds.

Right at the top of the list is the confusion surrounding Angel Tax. With Angel Tax, not only startups, but also founders came under the purview of the tax authorities.

After much controversy, the government did come with a series of notifications early this year which made Angel Tax a thing of the past.

The Angel Tax controversy refuses to die down. It has now resurfaced under certain nuances of the law which has made it a niggling worry for the ecosystem. The fervent hope is that the finance minister will once and for all bury this issue. This will also go a long way in encouraging domestic capital to invest in these young innovative companies.

Echoing the sentiment of the startup ecosystem, Sameer Aggarwal, Founder & CEO, RevFin, a digital lending startup says, “Investments made from capital gains (like sale of property or shares) in startups should be fully exempt from tax. Further, long term capital gains from startups should also be exempt from tax. Recognition as a startup should automatically qualify companies for a startup fund which would have up to a three-year repayment holiday until the startup is established.”

In line with the Startup India action plan, the government established the Fund of Funds for Startups (FFS). It disbursed over Rs 1,300 crore to Indian startups in the first half of 2019. The fund also took the total disbursement to more than 30 percent (Rs 3,123.7 crore) of the Rs 10,000 crore corpus that was supposed to be deployed over the 14th and 15th Finance Commission cycle.

The expectation from the Budget is that the size of this fund is likely to doubled and there would be faster disbursal of this money into the ecosystem.

There are other long pending issues on the taxation front troubling startups, especially around ESOPs, incentives for investments, and enhancing credit flow for these companies. Though, on a realistic note, it is not expected that everything will be done at one go, there is hope that the Budget will send out strong signals that more changes are in the offing.

Outside the world of taxation, startups are hoping that the Budget will give a further boost to technology, and more importantly, on the much-needed human resources talent pool.

Vineet Chaturvedi, Co-founder of Edureka, says, “Investments in skills and education can be directly mapped to a country’s commitment to economic growth and at the moment, a re-skilling allowance for all tax-paying individuals can be a catalyst for faster and wider adoption of skills.”

The Budgets in the past have recognised the importance of technology such as Artificial Intelligence (AI) while allocating funds to set up such specialised centres.

The Budget can actually catalyse many segments of the startup ecosystem like fintech, edutech, logistics, and agritech, to name a few. The fintech startups are staring at some level of uncertainty due to weakened credit flow and if the FM announces some measures in this direction, it would help the overall economy.

Abhishek Bansal, Co-founder of Shadowfax, a logistics startup, says, "We are expecting that the new Finance Minister Nirmala Sitharaman will initiate some remarkable steps to ease and escalate the growth of the logistics industry. Having witnessed the thrust of the BJP government on digitalisation in its earlier outing, we have immense hope for more of the same thrust for better and advanced technologies.”

The present government at the Centre has been popularly known as Modi 2.0 and a similar sense is also prevailing within the startup ecosystem.

With Modi 2.0, there is a sense of optimism within the ecosystem.

If the information technology industry (IT) was once regarded as the sunrise sector for the Indian economy for its creation of jobs, and attracting investments, the day is not far when the startup ecosystem in the country is also placed on a similar pedestal.

The Union Budget can unhinge a few locks to boost the entrepreneurial zeal.