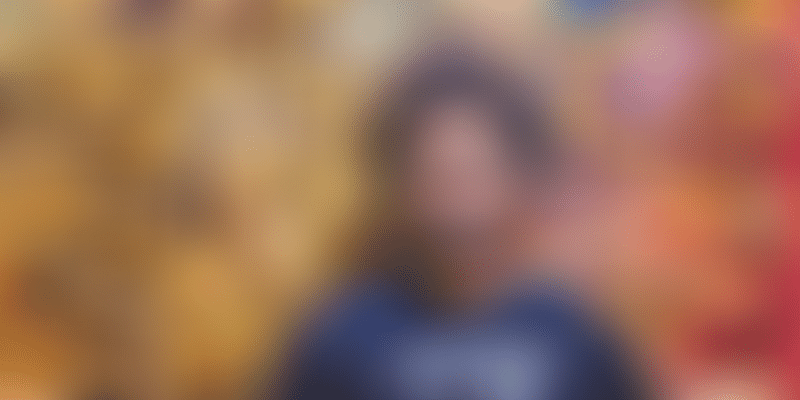 For India to reach the figure of 100,000 startups as stated by President Ram Nath Kovind in the opening session of Parliament, we need something larger – we need Startup India 2.0.

From being in charge of India’s sovereign security to her financial security, Finance Minister Nirmala Sitharaman has her task cut out for her.

From being part of the “Fragile Five” in 2014, India has emerged as the bulwark of global financial growth, overtaking even China in terms of GDP growth. With the ongoing trade wars between the US and China, slowdown in Europe, and fears of another recession, India has stunned the world by articulating a vision of becoming a five trillion-dollar economy by 2025.

One of the engines driving this growth is going to be startups and increasing trends of digitisation. India has seen the rise of over 40,000 startups, which have created more than $130 billion of value from January 2014 to September 2018.

With around 32 unicorns (billion-dollar startups), India is the third largest startup ecosystem in the world in terms of value and numbers, behind China and the US. These startups help create new markets, export revenue and jobs – crucial elements of growth for any economy.

Startups get Rs 1.3K Cr funding boost from govt in the first half of 2019, expect more from upc...

The Startup India mission has brought this to the forefront and created the regulatory infrastructure to achieve this: quicker incorporation, lessening the corporate compliances for startups, allowing them greater flexibility in raising capital, alleviating the burden of angel tax from new startups, etc. This helped create over 40,000 startups on record currently. But for India to reach 100,000 startups as stated by the President Ram Nath Kovind during the opening of the Parliamentary session, we need something larger – we need Startup India 2.0.

From the Budget perspective, Startup India 2.0 needs to address the following challenges:

Tax ESOPs on sale, not on exercise

Employee Stock Options or ESOPs are a tool of compensation and retention the world over and allow for employee participation in a startup’s rise. But due to India’s tax policies, ESOPs have become a SOP story for most employees.

At present, ESOPs in India are taxed as follows:

·     On exercise of options: difference between Fair Market Value (FMV) and Exercise Price

·     On sale: difference between Sale Price and FMV from above

This impairs the effectiveness of ESOPs as employees are taxed on the difference between the latest round price and the strike price when they exercise the options, resulting in an immediate economic outflow. Further, since the shares are illiquid, there is no ready market for the same and in case the company is sold for a loss, they lose the entire amount.

Thus, to ensure that ESOPs are more employee-friendly, they should be taxed only on sale and not on exercise. Heightened reporting norms by the company can ensure that there is no leakage in the chain and that the tax due on sale can be traced.

Lower the TDS rate on payments to startups and MSMEs

Any payment to a startup or MSME in the services sector is subject to tax being deducted at source of up to 10 percent of the gross amount under Section 194J of Income Tax Act, 1961. However, most of these startups and MSMEs are not profitable yet, and they need to wait for months after filing their returns to get their refunds. This also exacerbates the working capital crisis they’re facing as they find it hard to avail of credit at competitive rates or even get credit at all.

The Budget should thus lower the TDS rate under Section 194J to two percent for payments to DPIIT startups and registered MSMEs to ease their working capital issues.

Lower the tax rate on LLPs to 25 percent

The Financial Year 2016 Budget saw the government lower the corporate tax rate for companies to 25 percent, with a promise to lower it for all businesses to the same in the future. This has greatly helped private limited companies but several startups and MSMEs are LLPs, which are subject to the 30 percent rate + cess. LLPs can also register as startups as per DPIIT and Startup India.

Thus, the tax rate on LLPs should be lowered to 25 percent to bring them on par with companies.

Shares of startups are more illiquid, risky, and less frequently traded as compared to listed shares, yet they suffer from a tax rate that’s twice the rate of their listed, liquid counterparts.

In order to incentivise participation in the startup growth story, the government should lower the tax rate on the sale of shares of startups or companies who were startups as recognised by DPIIT to 10 percent.

Tax incentives for investing in startups

The Section 54GB currently gives an exemption of up to Rs 50 lakh on capital gains from residential property invested into the shares of an eligible startup, but has various restrictions such as:

·     Condition on ownership of 50 percent of the eligible startup for Rs 50 lakh, making it unviable for investments into third-party startups

·     Restrictions on the application of funds to avoid computers and software, which effectively excludes investments into technology startups

All these have curtailed the effectiveness of this Section.

To make this Section more attractive, the following changes are proposed:

·     Allow for any capital gains invested to be eligible, not only gains from residential property

·     Allow investments into any startup recognised by DPIIT

·     Total exemption amount per annum should be Rs 1 crore

This will further incentivise entrepreneurs and Indian investors to become equity participants in the Indian startup story.

Tax incentives for investing in AIFs

Currently, Section 54EE of the Income Tax Act allows for a deduction of up to Rs 50 lakh for investments into units of “specified funds”, but there hasn’t been a notification on what characterises “specified funds” and this Section is due to lapse this year.

To action this, the budget should specify that all SEBI-registered Category I and II AIFs constitute “specified funds” and the tenure and amount should be raised till April 1,2023 and upto Rs 1 Cr per annum.

There is a need to bring relief from Angel Tax once and for all. The February 19, 2019 DPIIT notification numbered G.S.R. 127(E), which was actioned by CBDT on March 5, 2019 via notification No. S.O. 1131(E), helped alleviate the “Angel Tax” issues faced by Indian startups. However, the notification does not apply to those who had received orders prior to the notification and also states that the exemption lapses in the case the startup has or will invest or conduct any of the activities below for a period of seven years after investment, inter alia:

·     Make capital contributions to other entities

·     Make investments in shares and securities

·     Give loans and advances in the ordinary course of business cause

These activities are required in the ordinary course of a startup’s life as they scale up, create subsidiaries, give advances to vendors, contribute to an ESOP Trust, etc.

To alleviate this, the Budget should propose the following:

Many startups and MSMEs are struggling to comply with the number of filings to be made to government authorities under GST, Income Tax, company’s act, etc.

The government should take concrete steps to lower the compliance time for startups, MSMEs and other business to only one hour a month.

Creation of collateral-free credit scheme: The creation of the collateral free credit scheme as stated in the 2019 manifesto will greatly help accelerate entrepreneurial ambitions which were hampered by the lack of access to credit. For DPIIT-registered startups, this amount should be extended to Rs 5 crore.

Thus, the creation of a scheme where MSMEs and startups can avail of loans against the discounting of GST invoices on the creditworthiness of the counterparty will help bolster the GST regime and allow for credit to startups and MSMEs.

The first Budget of a new government has the weight of the dreams of the entire nation on its shoulders and balancing the aspirations of various groups. In Prime Minister Narendra Modi, Indian startups have found their most vocal supporter, and are eagerly awaiting what the government has in store for them to enable the next leg of their journey.

(Disclaimer: The author is Founding Partner of 3one4 Capital, an early stage VC firm. 3one4 Capital is an investor in YourStory)

What does the startup ecosystem expect from Finance Minister Nirmala Sitharaman's maiden Budget...