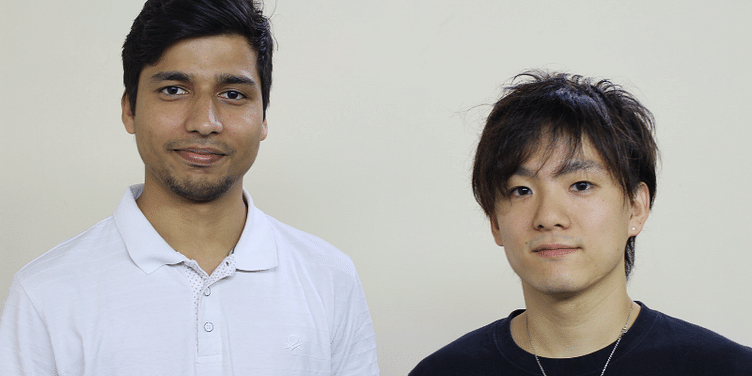 Progate is an online platform that makes learning coding, programming, and languages fun for beginners. In an interview with YourStory, Founder Masa Kato reveals why the edtech startup is targeting beginners and talks about expansion plans.

Remember the 2010 David Fincher movie The Social Network? Based on Ben Mezrich's book, The Accidental Billionaires: The Founding of Facebook, a Tale of Sex, Money, Genius and Betrayal, the biographical drama told the story of tech billionaire Mark Zuckerberg, tracing his life to the days in the Harvard University dorm, where he incepted Facebook.

Now, the story was undeniably riveting. Fincher even got an Oscar nomination (the movie bagged three awards) to speak for its success. But more than anything, the film was (and continues to be) an inspiration for aspiring tech entrepreneurs, who have ever dreamt of building a fortune of their own.

Masa Kato here, the CEO and Founder of Japanese edtech startup Progate, is one of them.

In his twenties, Masa was barely out of college when in 2014 he launched Progate, an online platform that makes learning programming and coding fun and easy for beginners. The startup today has a worldwide presence with operations in Japan and Bengaluru, India.

With its focus on “intuitive slide-based learning”, using which a student can learn programming in the simplest of languages and code right on the platform, Progate is currently in an expansion mode. Every month, it’s been adding 600 new users on its platform in India and around 30,000 new users in Japan, while clocking in revenue of over $4 million for FY19.

The idea, as Masa tells YourStory, is to make Progate’s services available to anyone and everyone interested in learning coding and programming languages.

With rampant advances in the field of AI, ML, blockchain, and other emerging tech, there has been a surge in the need for skilled professionals globally. This increase has, in turn, led to the birth of a legion of online platforms catering to the void in the tech talent pool, including online platforms like Udemy, Coursera, GitHub, Codecademy, and so on. Masa says what separates Progate from other such sites in this highly-competitive space is the fact that it has been designed keeping beginners in mind.

“As a beginner, I didn’t know which programming language to start with, what path to follow,” says Masa, who was still pursuing a degree in computer science at the University of Tokyo when he started Progate. “It took me a year to build my own website,” he adds.

It wasn’t an easy task, more so because Masa had to do everything on his own, finding a mentor every time he met with an obstacle or there was a bug in his programmes.

So, taking cues from The Social Network and Jesse Eisenberg’s portrayal of the Facebook CEO, Masa started researching and self-teaching himself - interestingly, through Udemy, the online learning and teaching marketplace.

“The biggest barrier is at the beginning – you don’t know where to start, you don’t know what to do, you have installed everything on your computer. It’s all a bit overwhelming,” says Masa recalling his tryst with app/web development.

Having gone through the trouble himself, Masa wanted to make it easier for others by building an online platform where one could learn the basics of programming through intuitive slides rather than “long and dull videos”.

“We are focused on the real beginners,” Masa says. “I myself used to learn on Udemy…those services are good for taking a learner from the intermediate level to a more professional level. But when I first started learning as a beginner, even setting up my own environment on my computer was difficult.”

Interestingly, one of the primary goals of Progate was to offer a full coding environment, so that a learner can apply what they have learned immediately. The startup, at present, offers its services as a freemium model, where anyone can sign up for free and access the first lesson of a language module. They can upgrade to Progate Plus to get access to the full platform per month.

“We have 16 programming languages and 70+ courses, and the first lesson of each of these languages is provided for free,” Masa adds. “You can start without paying anything. Once you complete a lesson and you think it is interesting and you want to learn more, you can pay Rs 399 per month to unlock everything, all 70 courses.”

The roadmap to India operations

In 2018, Masa travelled to India with the impression that the country was the epicentre of everything technical. “We had the impression that India is a big IT hub, everyone was really interested in programming… so we took a short trip to Bengaluru and met up with a lot of people,” the techie-turned-entrepreneur recalls.

The assumptions turned out to be true, Masa continues, as a lot of people showed interest in programming and coding; not only those hailing from a technical background but also young enthusiasts and students.

Currently, their user base in India alone is close to 70,000 while in Japan Progate has garnered more than 750,000 users. The online education platform has also tied up with a large number of schools and colleges, including Maharaja Agarsain Public School in New Delhi, Podar International School in Mumbai, Chitkara University in Chandigarh, BMSIT in Bangalore, and Amity University in Noida, to tap India’s booming edtech space.

Masa says, “We have provided our services to several schools here, through workshops. Over 10,000 people have attended our workshops and learnt the basics of programming languages.”

Even as the team struggles with a few challenges at the ground level, the mission ahead is clear for Progate. To make coding fun and foster a community, where learners can feel free to connect, learn, share, and expand their knowledge.

WATCH: How this Hyderabad startup is looking beyond mainstream education to target those on ‘to...