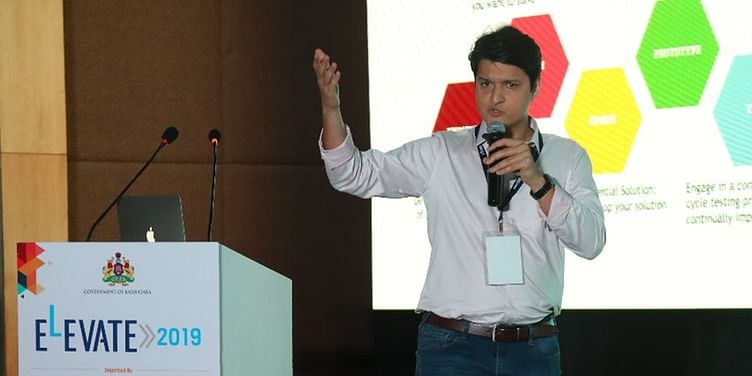 At Elevate 2019, Prabuddha Vyas, MD, UniKwan, spoke about the importance of design for development, experience, and positioning of products, and that India needs to have a culture of designing.

Karnataka continued to put the spotlight on entrepreneurship with Elevate, its startup initiative. The 2019 edition of the brainchild of the IT & BT department's startup cell started in Bengaluru on Monday.

Speaking at a session on the relevance of design for entrepreneurs at Elevate 2019, Prabuddha Vyas, MD, UniKwan, spoke about the history of designing and its importance to startups.

Most startups and founders today focus only on building solutions and business models, and many of them end up turning a blind eye to the design aspect, he said.

In the 19th Century, England was the leader in industrial products and manufacturing. Hence, Germans sent a team to England to understand the model. After doing lot of research, the Germans discovered the idea of art and crafts with industrial products as a great direction to build on. And that’s how the Bauhaus Movement started and Bauhaus was set up in 1919.

Vyas said this moment had a profound and seminal influence upon subsequent developments in art, architecture, and design. He said it was a "radical moment that shaped the society".

He also spoke about the importance of team building, and said one should focus on generating ideas with people. He highlighted the fact that many successful companies like Airbnb, Tumblr, Youtube, Kickstarter, Pinterest, Etsy, Instagram, and Behance were all started by designers.

He quoted Deiter Rams and said good design is innovative, makes a product useful, aesthetic, and understandable. The product is unobtrusive, honest, long lasting, environmentally friendly, and is as little design as possible.

Quoting Steve Jobs, Vyas said: "Design is not just what it looks like and feels like. Design is how it works”.