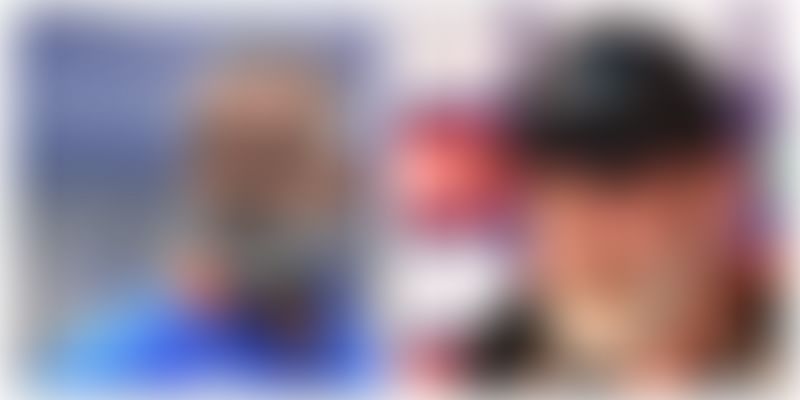 FaceApp, developed in Russia, first went viral in 2017. Now, after an old age filter update, it has taken social media by storm once again.

How would you look when you're 60? Or beyond?

If you've ever been curious about how you would age, then you may have tried FaceApp already. The AI-based photo editor has taken the internet by storm — all over again. The app, developed by Russian company Wireless Lab, is actually two years old, but was recently updated with an improved old age filter.

And that has resulted in its current viral status on social media, with even celebrities joining the #FaceAppChallenge to reveal their greyed, wrinkled appearances to the world. According to a Forbes report, the viral app already has access to more than 150 million names and faces.

The Jonas Brothers were among the first celebs to join the bandwagon.

When you take a trip to the Year 3000. pic.twitter.com/O9Dxpwj6ex

A few overs played between this bunch.

Some social media users applied the filter on well-known faces.

Some even experimented with the young-age filter.

Let me introduce you to… young @tim_cook! 😂 pic.twitter.com/3J6qrrZKAY

FaceApp has already crossed 50 million downloads on Google Play Store, and users cannot seem to have enough of it. Back in 2017, Forbes had termed it a "revolutionary" selfie app.

But, no revolution is without its consequences.

And, FaceApp's re-emergence has raised concerns around user privacy all over again.

A few developers have pointed out that the app might be accessing your entire photo gallery without seeking permissions.

BE CAREFUL WITH FACEAPP - the face aging fad app. It immediately uploads your photos without asking, whether you chose one or not. https://t.co/LlqkDpy4ZO

While FaceApp is yet to issue a clarification, its privacy policy states that it collects content such as “photos and other materials that you post through” the app. This means that the app may not be accessing the camera roll without alerting you.

Irrespective of the questions raised by seasoned users, FaceApp continues to grip social media. Who would have thought that the idea of old age could bring such delirious joy to people?