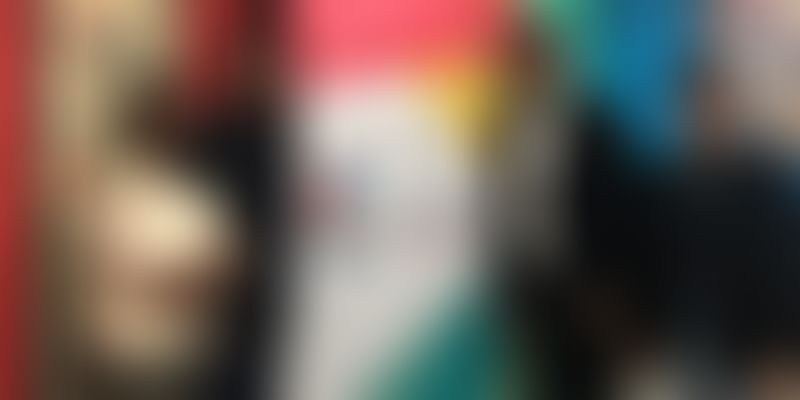 Globsyn 3rd.Life’s products help detect abnormalities in cross-border payment transactions and avert frauds like the infamous Nirav Modi case. The Kolkata-based fintech startup, which has tied up with 15 small and mid-sized banks, aims to expand its global footprint by next year.

Fugitive diamantaire Nirav Modi made headlines last year as the main accused in the $1.4 billion Punjab National Bank (PNB) fraud and money laundering case. But perhaps the fraud could have been averted if proper detection and compliance solutions were in place at the bank.

“The primary issues that we want to solve for Indian banks are those of fraud detection and compliance,” says Romit Dasgupta, Founder and CEO of Globsyn 3rd.Life.

Founded in April 2017, Globsyn 3rd.Life has developed products and solutions to detect any abnormality with respect to cross-border payment transactions. It also helps banks remain compliant with all necessary global SWIFT-related Customer Security Programme (CSP) guidelines and Reserve Bank of India’s SWIFT-related mandates (as published in its February 2019 circular).

These fintech entrepreneurs are helping create awareness on financial products and minimising r...

Romit, 40, is a computer science engineer from Syracuse University, US, and has done his MBA from Imperial College, London. Before starting up Globsyn 3rd.Life, Romit worked with its parent company, Globsyn, for more than 16 years.

Globsyn was founded by IIT-Kharagpur and Harvard Business School alumnus Bikram Dasgupta and is still operational. When the parent company acquired financial services company Synlog in 2006, Ambarish Singh, 48, joined Globsyn 3rd.Life as the Head of Business Development. Ambarish comes with 23 years of experience in the fintech sector.

The team currently has about 60 employees.

The startup’s research and development arm is in Kolkata, while the sales and support team sits out of Mumbai, “since that is where most Indian banks are headquartered”, Romit says.

“It monitors all cross-border transactions and helps banks to comply with global CSP and national RBI SWIFT-related guidelines,” Romit says.

NOTIVA Central, which was launched this year, is a Financial Risk Management (FRM) solution for banks. It is used to monitor all domestic transactions generated from multiple channels, including RTGS, NEFT, cash, cheques, PoS, and Net Banking.

Their third solution, MIRROR, has been developed for banks and offers Nostro Account Reconciliation, reconciliation of foreign currency account of a bank where funds are received/paid to another bank in different currencies.

Globsyn 3rd.Life’s also resells Total Messaging, a product used to connect the SWIFT interface that banks use to connect to the global SWIFT network for cross-border transactions.

“We resell this product to Indian banks along with our global partner Finastra,” Romit says.

Globsyn 3rd.Life primarily targets small- and mid-sized banks. It acquired its first set of customers by running a Proof of Concept in a few banks.

Owing to the close-knit nature of the Indian banking community, “business and operations are based primarily on the existing work done and the corresponding, positive word of mouth generated within the banking department,” Romit says.

Currently bootstrapped with seed capital of Rs 4.5 crore from its parent company, Globsyn 3rd.Life earns its revenue via a recurring, fee-based model.

The cost of the products varies from bank to bank and “depends on the volume of transactions and financial messages of that particular bank”.

As of now, the startup’s products are being used in 15 banks, including the Karnataka Bank, TJSB Bank, and YES Bank.

According to the founder, Globsyn 3rd.Life’s product line generated revenue of Rs 6 crore in FY18. Their current growth rate is 75 percent year on year, and the team is aiming for 100 percent growth in the next few years.

According to Statista, the Indian fintech market’s largest segment is digital payments, and its total transactional value is currently $64,787 million. This is expected to show an annual growth rate of 20.1 percent.

Globsyn 3rd.Life competes with the likes of Bengaluru-based FinBit, New York-based BillGuard, and California-based Jumio. But it believes there’s a differentiator.

“The market for fintech solutions, especially in the SWIFT cross-border space, is a niche area. The handful that operate are mostly focused on big banks. We are targeting small and medium banks,” Romit says.

There are approximately 110 banks in India licensed for cross-border transactions. “Globsyn 3rd.Life has about 10 percent market share,” the founder says.

Globsyn 3rd.Life, which is currently not looking for funding, plans to expand to Southeast Asian countries, including Bangladesh, Malaysia, and Sri Lanka, and the Middle East by next year. “After that, we want to expand to European countries,” Romit says.