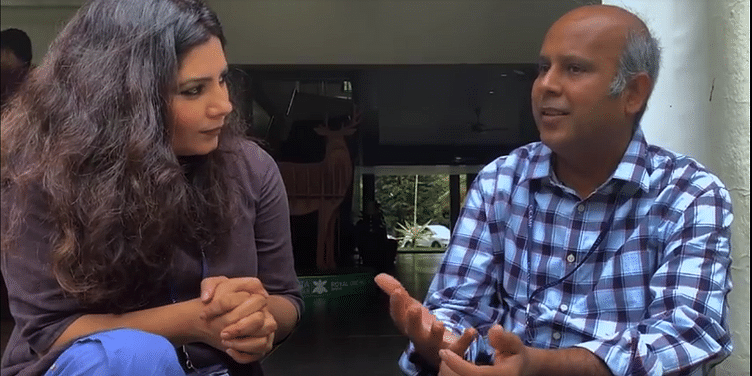 According to the World Health Organisation (WHO), cancer is today the leading cause of death worldwide. In India too, cancer accounted for about 784,821 deaths in 2018, according to a report by cancerindia.org. Globally, cancer deaths are projected to continue to rise to over 13.1 million in 2030.

While many types of cancer can be prevented by controlling risk factors such as tobacco use, alcohol use, unhealthy diet, and physical inactivity, among others, a significant number of cancers can be cured by surgery, radiotherapy, or chemotherapy, especially if they are detected early.

However, these invasive procedures are painful and involve a lot of risks. And easing the procedure for patients and making cancer detection more accessible and affordable is Hyderabad-based biotech startup Oncophenomics.

According to Shibi, typically, cancer patients go through a surgical biopsy that involves procedures like fine needle biopsy and an open surgical biopsy. In this procedure, doctors remove the tissue, which is sent to the pathology department to determine if the tumor is cancerous or not.

But this is an invasive procedure, and it involves a lot of risk and cannot be done for outpatients.

To solve this problem, Oncophenomics has come up with a non-invasive procedure, which is called the liquid biopsy.

Although there are many companies in the US, the UK, and other countries doing these tests, Shibi says they are the first in India to do a comprehensive liquid biopsy test.

Earlier, it was a one-size-fits-all approach, where everybody was getting the same treatment. But now, doctors are customising treatment based on the individual patient.

“But our mission is to find the right drug for the right patient,” Shibi says. According to him, their approach is to look at how the immune system is attacking the cancer.

“Since we use the computer vision technology, we are calling it Oncophenomics,” says Shibi, who is part of the big group of immuno-oncologists and research scientists working with Nobel Prize winner Dr James Allison.

While the startup has a world-class genomics laboratory up and running to do the tests, it is waiting to go through clinical trials and get the approvals before it goes commercial.

Shibi says, “While the pharma companies are getting more active and coming up with new drugs every day, the diagnostics guys are lagging behind. That is the gap we are filling.”

At present, the startup has a screening test for cervical cancer. It has all the diagnostic tests in place and patients are given a questionnaire to know about inherited conditions and the family history of cancer.

Shibi says, “Today, women mostly go for pap smear tests and mammograms to detect cancer. But if they suspect cancer, they can come to us for the screening test.”

While breast cancer is usually easy to diagnose, in the case of ovarian cancer, it cannot be detected through naked eyes. People will know about it only when it grows to a certain size. Shibi says, liquid biopsy test can be done for early detection of ovarian cancer as well.

They can also detect lung cancer in a similar way, and for prostate cancer, they just need urine samples to conduct tests.

How much does it cost?

“Our objective is to make latest technology accessible to patients, and make it affordable. Currently, companies are charging anywhere between Rs 1.5 lakh and Rs 5 lakh for a test, and an aam aadmi in India cannot afford this. Our target is to bring down the pricing to $99 (approx Rs 7,500). Right now, it costs Rs 25,000, but after we reach the economies of scale, we can bring it down further,” says Shibi.

His startup is also looking to receive support under government schemes such as the CGHS and the Ayushman Bharat Scheme, and once the insurance companies cover it, the test will be practically free for the patients.

Last year, the startup raised a seed round from Mumbai Angels, and is currently working with LetsVenture for investor connects.

Starting up and future

Shibi completed his MBBS and did his research way back in 2003. Later, he went to the US to pursue his PhD. He says, after graduation, he had two options: one was to get into the infectious disease category, and another was going into oncology. But immunology in cancer is what attracted him.

He says that today the best way is to make the immune system fight cancer. “That is going to be the future of our fight against cancer.”

Today, there are many cancer survivors, but people are constantly living under the fear of when the cancer will come back. Shibi adds that the liquid biopsy test is not just for screening, but it is also a surveillance test.