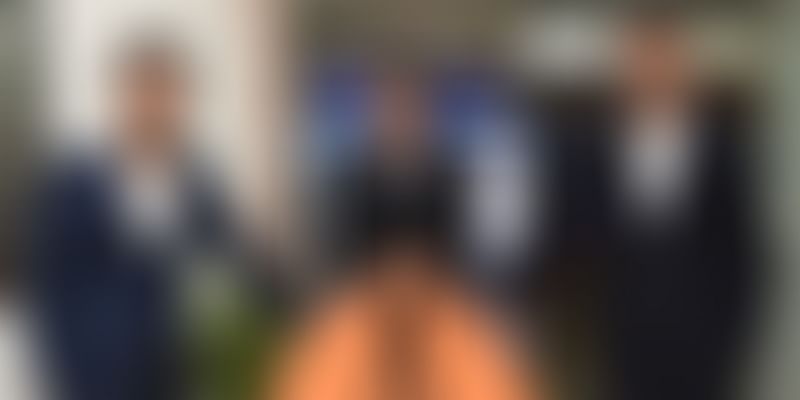 After selling nasal filters at Rs 10 and a device that turns ACs into air purifiers for Rs 399, Delhi-based startup Nanoclean is now embarking on a journey to put India in the elite group of countries mass producing nanofibres.

Delhi-based startup Nanoclean launched in the market with ‘Nasofilter’, a kind of nasal filter that costs only Rs 10. Now, it has come up with AC filters that can turn any AC into an air purifier and cost only Rs 399.

Launched on June 5, 2019, on the occasion of World Environmental Day, the startup has already sold 15,000 units of the AC filters, claims Prateek Sharma, Co-Founder and CEO of Nanoclean.

Taking YourStory through the journey of the company, Prateek reveals how the startup has scaled new heights, the idea behind the product line, plans, and the big vision of setting up a nanofibre production and development unit to include India among the elite group of countries that produce nanofibres at a mass scale.

From humble beginnings to soaring high

Launched in early 2017, Nanoclean was founded by IIT Delhi alumni Prateek Sharma, Tushar Vyas, and Jatin Kewlani. In 2017, it won the Startup National Award conferred by the President of India.

The startup also has multiple grants on its name from the Government of India, including the Department of Science and Technology, and a recent joint-grant with IIT Delhi from the Ministry of Human Resource Development.

Nanoclean has been recognised by the Government of South Korea, which extended an undisclosed amount of financial support for its operations in Seoul. It has also been recognised as one of the top 100 startups in the world in Hong Kong.

After the success of Nasofilters, the startup developed a B2B product called ‘Nasofilters Pollution Net’, which allows your home to be free of PM 2.5 and PM 10 particles, dust, UV rays, and allergens. It can be put on doors and windows; the outer layer is a hydrophobic mesh, which is water-resistant.

Prateek hints that for this product, Nanoclean has bagged a mega multi-million deal with a real estate giant for the Thailand region.

“After Nasofilters and Nasofilters Pollution Net, we got a lot of customer feedback about what we can do for indoor pollution as most of our time is spent living indoors. Hence, we developed the Nanoclean AC Filter,” he says.

A recent report by the Centre for Science and Environment (CSE) revealed that life expectancy in India has gone down by 2.6 years due to deadly diseases caused by air pollution. The third highest cause of death, ranking just above smoking in India, is the combined effect of outdoor particulate matter (PM) 2.5, ozone and household air pollution.

The Nanoclean AC Filter, which can filter PM 2.5 pollutants, is made of pure PP (polypropylene) that can be recycled and melted. So, it is also environmentally friendly, tells the co-founder.

Besides that, Prateek adds that Nanoclean’s innovation has excellent dust holding capacity, making the filter durable. “All this for Rs 399, without needing a separate device,” he adds.

The CEO claims that a branded air purifier will cost anywhere more than Rs 20,000. With Nanoclean’s AC Filter, customers can turn any AC unit into an air purifier without impacting the cooling and electricity load, or spending anything extra.

The startup claims that the product, which does not cover the AC’s original filter so that cooling remains unaffected, has an ability to purify a room by up to 90 percent in just one hour. For best results, Prateek suggests changing the AC filter in one or two months depending on the pollution in the area. He claims that filters in other air purifiers do not last more than 15 days.

The co-founder claims that Nanoclean is already exporting all its products to 30 countries and will use its distribution channel to explore the market for Nanoclean AC Filters as well.

“At present, we are clocking 75 percent of our business from exports across Thailand, Indonesia, Vietnam, Gulf countries, France, the UK, among others,” says Prateek.

So, can Nanoclean make money by developing low-cost preventive measures for polluted air and innovations for air filtration? The CEO says yes - the startup has been profitable for the last six months.

Pointing out the company’s smart business strategy, he reiterates that the startup is not only catering to India but across the world, and its products are priced differently in international markets.

“We are getting profits from India as well as other countries. For instance, a Nasofilter, which costs Rs 100 a pack here will cost more than $6 (£5 in the UK),” he says.

“Across products, we have a gross margin of more than 70 percent and that's the profitability we are generating with each of our product,” adds Prateek.

Winter is coming, but Nanoclean is ready

Since the Nanoclean AC Filter fits on our ACs, which we use a lot during summers, what happens to indoor pollution when winters come? The startup is already one step ahead. Prateek says that the team has been in talks with the top three AC makers in India.

Soon, ACs with an ‘Air Purifier’ button will be in the market helping customers use the AC in fan mode, which will just clean the air and not cool it. These are expected to hit the market in the last quarter of 2019.

The team is also working on another line of low-cost products.

How entrepreneur Prateek Sharma is winning the war on air pollution at just Rs 10 with Nasofilt...

Putting India on the nanomanufacturing map

“We are the people who love products and technology,” says Prateek. He adds that Nanoclean has even developed technology for its machines used for production. Claiming that there is no high-end equipment in India to mass manufacture Nanoclean’s technology, he adds,

“We work on the phenomena of 'electrospinning' to make our nanofibres. And there is no actual setup for mass manufacturing of nanofibres in India.”

However, there are a handful of countries including the US, Czech Republic, Japan, and South Korea, that have such high-scale setup for mass manufacturing of nanofibres. The nanofibre market is moderately fragmented and some of the notable existing handful players are the Asahi Kasei Corp, Donaldson Co. In, DowDuPont Inc., Elmarco sro, eSpin Technologies Inc., and Finetex EnE Inc.

“To solve this, with our technical know-how and our patent-pending machine designs, we can bring India at par with this elite group of countries,” says Prateek.

Nanofibres are usually applied as a coating on filtration substrates to increase the filtration capacity. They have unique physical properties such as high porosity, interconnected structure of pores, and design flexibility. The use of nanofibre substrates leads to an initial rise in efficiency, lower pressure drops, and high energy savings when compared with other commercial filtration systems that use standard substrates.

Nanoclean is now looking to raise funds to set up a ‘Nanofibre Production and Development Unit’ in Ahmedabad, Gujarat, within two years.

“We can build all kinds of filter materials using nanofibres and this would be a mass scale manufacturing unit. With this, we would be eyeing the world market, starting with Asia,” says Prateek.

A MarketandResearch report indicates that the nanofibre market is expected to grow at a CAGR of around 26 percent during the period of 2019-2024. The major factors driving the growth are the increasing demand in filtration technology, emerging use of nanofibres in the textile sector, increasing demand for medical, life science and pharmaceutical applications, and increasing demand from automotive and aerospace industries.

For Nanoclean, the air is charged and holds a lot of promise.

Indian entrepreneurs applaud Digital India and here is what they expect from Modi 2.0