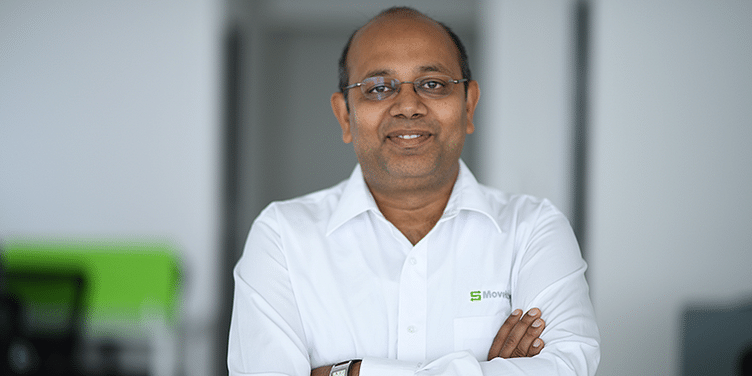 Transport tech startup MoveInSync hopes to expand the reach of ride-sharing in large metros with new employee commuting service GetToWork, which is safe, reliable, and cost-effective.

Did you know that an average Indian spends around seven percent of their life just commuting to work? Thanks to congested roads, a difficult public transport system, and no available cabs. Studies say that it takes about 53 minutes to reach your workplace, especially in large metros.

This is where Bengaluru-based tech startup MoveInSync comes in. Its new service ‘GetToWork’ attempts to lower the hassles of daily commutes.

“People would like to get to office on time in a safe and cost-effective manner. We fundamentally understand how to crack this market,” says Deepesh Agarwal, Co-founder and CEO, MoveInSync.

This confidence stems from the fact that MoveInSync, over the last 10 years, has been in the transportation segment with its SaaS-based technology solution. At present, it has more than 100 customers across 20 locations in the country and three daily lakh users.

In this video, MoveInSync co-founder and CEO Deepesh Agarwal explains to YourStory how MoveInSync’s GetToWork can solve India’s commuting problem:

MoveInSync’s services range from technology solutions for companies to managing their employees’ transportation and taking over the entire commute process for a business, which includes drivers and cars.

The startup has constantly been exploring newer use cases in commuting and its latest product is aimed at providing a reliable transport option to employees who do not have a pick-up and drop-off service.

Using GetToWork, MoveInSync claims that office goers, even during peak hours, can do their daily commute in a reliable manner while also being cost effective and time-efficient.

At present, it has launched this service at one of the IT hubs in Bengaluru and is available in two shifts - 8 am to 12 pm and 4 pm to 7 pm.

Akash Maheshwari, Co-founder and CTO, MoveInSync, says they have been receiving a lot of positive feedback from the users. “A lot of women are coming onto to our platform largely due to the safety and reliability features. They are sticking to our service,” he adds.

Though this service faced some teething issues at the beginning, the startup has been receiving a lot of feedback on newer features customers would like.

If safety and reliability are key concerns, another key determining factor is cost. Deepesh says GetToWork is 50 percent cheaper than Ola, Uber, or private taxis. When asked about tapping into customers driving their own personal car, he quips, “Nobody enjoys driving their own car in Bengaluru traffic.”

GetToWork also has several benefits for the driver community. Akash says, “The driver partners on our platform are more like office goers where they have fixed times and get the right amount of rest. It is a stress-free environment.”

The startup plans to extend this to other cities in the next few quarters. “We have been receiving enquiries from Delhi-NCR and Chennai,” says Akash.