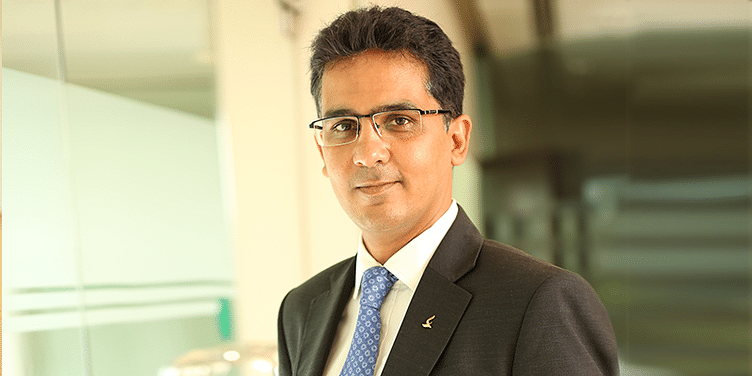 Gurugram-based hospitality chain OYO, which recently acquired Innov8, intends to open multi-brand coworking spaces for high-end, mid, and budget segments. While there are several coworking spaces in the market, OYO believes it has the added edge and advantage.

Recently, OYO Hotels and Homes acquired Delhi-NCR-based Innov8 for Rs 220 crore, and made its entry into the coworking space. Entering this segment marks the Gurugram-based unicorn’s foray into yet another segment of property management and rental space.

With this move, the SoftBank-backed hospitality chain, which currently operates in hotels, homes, and co-living, is now looking at the coworking segment.

Innov8 is now part of OYO’s larger segment - Oyo Workspaces, led by Rohit Kapoor, CEO, New Real Estate Businesses. Being a fully controlled workspaces solutions provider, it is designed to meet the needs of over 80 percent of the working population in the country.

“We are targeting a $36 billion global coworking space market. We intend to achieve similar scale as our hospitality segment with coworking,” says Rohit. He explains that OYO currently brings in its underlying real estate capabilities, and is able to build fast, using tech and talent.

In total, Oyo Workspaces is looking to immediately open its premises to over 21 centres

with over 15,000 seats across 10 cities. The team already claims to have clients like Swiggy, Paytm, Nykaa, OLX, Pepsi, Lenskart, among others.

By the end of this year, the OYO team intends to reach over 50 centres. The team is also looking at the multi-brand approach of Innov8, which represents upper segment or premium workspaces. This segment will be headed by Ritesh Malik, Founder and CEO, Innov8. By the end of this year, Innov8 alone aims to have over 24,000 seats, with 30-32 centres.

The company will also be opening several centres under brand names Powerstation and Workflo. While the former is a fully managed workspace for medium and large businesses, Workflo centres will be budget-friendly functional coworking spaces.

The pricing will be location-dependent, but the team is nevertheless looking at providing a full suite of offerings for anywhere between Rs 6,500 and Rs 10,000.

Commenting on why they chose the acquisition route, Ritesh Malik says,

“I have known Ritesh (Agarwal) for a while now, and have always been impressed with the way the company has been able to achieve significant scale and success in such a short span of time. It was love at first sight.”

Speaking of the scale OYO has been able to achieve, he says,

“India is a mammoth country, which no one has been able to crack apart from OYO, which is also the only company that has cracked the China market. So, we realised they are doing something which is so good that no one else has been able to, and we were very fond of the leadership at OYO. In the past few months, we have learnt so much from them. We want to be India’s foremost coworking brand, and eventually scale in the rest of Asia. We realised that this won’t be the story if we don’t have a juggernaut like OYO behind us.”

Now, post the acquisition, the team is looking to take OYO’s expertise in building scale by helping them with better acquisition of leases, better business models, and also by helping to reduce the cost of construction.

Despite the fact that flexible workplaces (coworking and business centres) in India are growing at a rapid pace, Ritesh is not worried, as coworking, while it may have a low barrier to entry, becomes a challenge to scale in the long run.

He claims India has 387 coworking players at present, and only 11-12 of them have more than two centres. “It is very easy to build one, but it’s very difficult to scale because it is an operationally intense business. This is not a business of one or two shop players; this is a business of scale, the business of the community,” he says.

According to real estate advisory firm CBRE, India’s flexible workspace saw a 277-percent jump in leasing to reach nearly three million sqft in the first quarter of the calendar year 2019.

According to a JLL report, in the coming years, coworking spaces will take over conventional office spaces owing to the growing demand. On their part, entrepreneurs - a large number of them being millennials – seek convenience, ease of setting up office, and several amenities, all of which coworking business centres provide.

Some industry experts say that India is at the cusp of a coworking revolution with domestic and global players like WeWork and CoWrks aggressively pushing the India market. Last year, coworking space provider Awfis garnered a whopping $20 million in a single fund raise led by Sequoia Capital.

Samantak Das,  Chief Economist and Head of Research and REIS, JLL India., says, “While coworking companies took up a modest 0.17 million sqmt in 2017, the first quarter of 2018 itself has exceeded the annual tally of 2017 at 0.19 million sq mt. The expansion plans of major players and the increasing appetite for this format from occupiers, property owners, and coworking operators should see annual transaction numbers triple from current levels over the next three years.”

“There are significant operational costs (for coworking spaces) like managing people, getting the right mentors, ensuring there are enough events and sessions around to help people collaborate. There also needs to be a strong team that manages each of the startups. It is actually more operationally intensive than one would assume,” says a Bengaluru real-estate builder.

According to the global survey, while the number of people opting for coworking space is on the rise, only around 40 percent of all coworking spaces are profitable. Just four years ago, this number was 32 percent. The survey also said that while, typically, most coworking spaces take a year to break even, turning profitable is a longer journey.

In that sense, OYO has scale. Rohit says the reason coworking as a segment works for OYO is because they already have an existing larger base of corporates, and there are synergies between the two.