WATCH: How Flytta is proving to be a one-stop solution for all your relocation needs 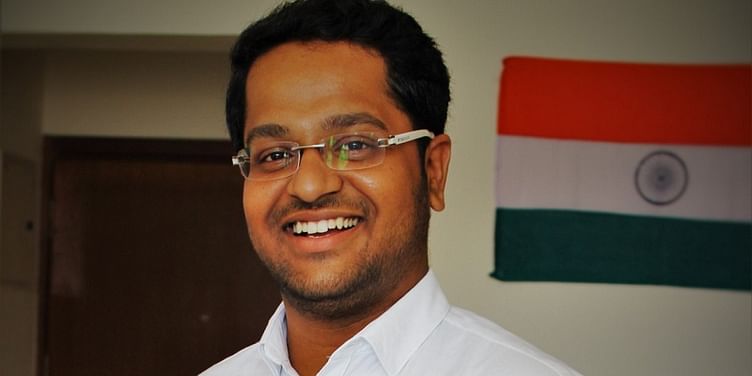 Bengaluru-based startup Flytta is an Intelligent Moving Platform that aims to offer hassle-free relocation experience to professionals by providing transparency during packing and moving of the goods.

Relocating to a new city can be very exciting, but at the same time, it comes with many difficulties. Be it your antique furniture, your favourite car, or some other valuable items – moving them without causing any damage is the primary concern for most people.

And today, most people who are constantly on the move work for the corporate sector. While some companies help their employees with relocating to new cities, most times, employees have to manage their own relocation and come a cropper because of loss in personal items.

To make the whole relocation experience a hassle-free affair, and digitise the complete process for its customers to maintain transparency, Flytta was started by Rahul Kanuganti and Gokulavasan Murali in Bengaluru in 2016.

According to the founders, Flytta’s interactive and intuitive suite makes relocation easy by stitching together a host of services to monitor relocation by giving easy access to tech-infused tools.

Watch this video on how Flytta helps individuals move from one city to another.

Before starting up, Rahul and Gokulavasan were batchmates in Hindustan College of Engineering, Chennai, 2012. A mechanical engineer, Rahul also built India’s first prototype of the Mars Rover with Gokul, a Computer Science engineer, who built the telematics of the rover for NASA and the Mars Society.

The founder duo observed that with the rise of the gig economy, a lot of people were moving places.

“The market was fragmented, unorganised, and used zero technology. There were challenges such as transparency in pricing, lack of proper skill, and expertise. So, we decided to solve this using tech,” says Rahul.

“Employee relocation comes to the fore in the future of talent capture. This is the very transformation that the Indian industry is set to face,” he adds.

Flytta makes use of technology, existing supply chain, and other value-added services, which includes location discovery, house rentals, and settling-in assistance. The startup works with moving partners to organise themselves with tech and help HR of companies to smoothen employee transfer and hiring from other towns.

Between 2016 and 2018, the company developed a full-stack model with access to services providers and put standard operating procedures in place with B2B as a focus with an enterprise tool.

“It took three to four months to convince our first client and get our first order in March 2017,” says Rahul.

And today they have more than 30 customers with more than Rs 2 crore in revenue in FY 2019, and they are targeting a revenue of Rs 7 crore in FY 2020. So far, the startup has raised $350,000 from a clutch of investors, including Axilor Ventures.

“There have been different difficulties at every stage. Pivoting the business model in the early days was much difficult, followed by raising the first round of funding. The most difficult part was to convince the moving partners and educating them about the importance of the technology,” says Rahul.

And technology companies like Flytta is tapping on the opportunity in this unorganised segment. Flytta works on a B2B and transactional business model.

It also has an enterprise product for HRs to manage their employee move. While they mostly charge a percentage to companies for availing their tech solution, in some cases employees also pay a certain amount to avail the service.

In the next 18 months, the company is planning to complete 10,000 moves and add cross border moves for its existing clients.

The founders are also in early discussions to raise Series A round of $5 million in the next six months.

According to them, Flytta stands apart from its competitors such as Pikkol and Agarwalpackers as it is a cost-effective move, where a company can save up to 15 percent, save time, and reduce the hassle of logistics with more visibility of the complete moving process.

WATCH: How fintech startup Finnable wants to make credit available to SME employees in one minu...

WATCH: how these brothers left their family business to build a successful B2B online marketpla...