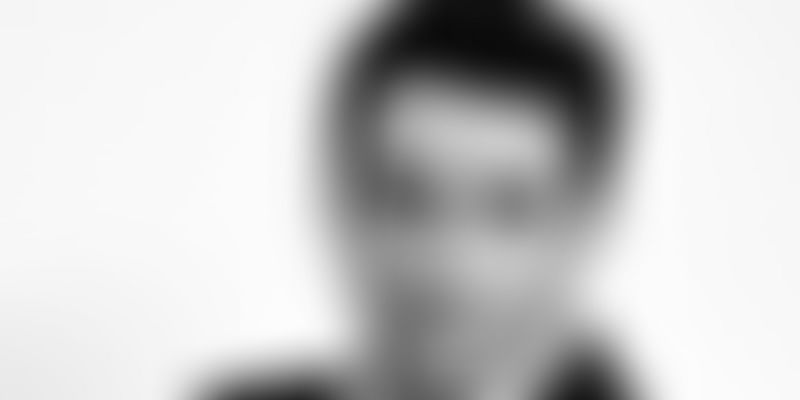 Tagbin provides end-to-end experiential technology solutions and turns simple spaces into digital and interactive ones. The startup's projects include the recent Azadi Ke Diwane museum at Red Fort. Next up? An installation at Purana Qila in New Delhi.

Museums are no longer just a collection of artefacts and other objects of artistic, cultural, historical, or scientific importance. In modern times, museums are centres of digital, immersive experiences. And leading the way in India is Gurugram-based startup Tagbin, an “experiential company that provides end-to-end experiential technology solutions to turn spaces into digital and interactive spaces”.

Founded in 2013 with an initial investment of Rs 20 lakh by Saurav Bhaik and Ankit Sinha, Tagbin has one aim: to stimulate people's senses and ignite their imagination to create unforgettable experiences.

“This is a niche segment under the holistic term 'experiential marketing', which deals with physical spaces like interactive museums, experience centres, and light and sound shows,” says Saurav Bhaik, Co-founder and CEO.

This March, an unusual museum opened its doors to visitors at the Red Fort in Delhi. ‘Azadi Ke Diwane’, which pays homage to the unsung heroes of India’s freedom struggle, is a state-of-the-art, informative, and educational exhibition, involving multi-sensory technologies. Divided into 22 zones, the two-storeyed museum has more than 150 touch-screen panels, four audio-visuals , archival data, the Andaman jail experience, information panels on women and child martyrs, and digital tribute kiosks.

There is also a tribute room with digital candles. The commentaries, audio-visual experiences, and films showcase many inspiring stories in a new way.

From Polaroid to polarisation: how technology and art have impacted society through the ages

Azadi Ke Diwane isn’t the only museum that the startup has created. There are others like Yaad-e-Jallian at Red Fort (Delhi), One Interactive Museum at National Library of India (Kolkata), Experiential Exhibition at Metcalfe Hall (Kolkata), Mahatma on Celluloid Exhibition at International Film Festival (Goa), and an exhibition at National Archives Museum showcasing 70 years of the Jammu & Kashmir assassinations , which use interactive storytelling to add life to history.

The beginning: a festival project

As a software engineering student at IIT-Roorkee, innovation and technology always intrigued the then 23-year-old Saurav. As an organising member of Robocon 2012, an international-level robotics competition held at his college, Saurav planned an ad campaign for one of the sponsors, Cadbury Oreo. He  and his team distributed hundreds of RFID tags to the visitors; every time they posted a picture or a post from the event on social media, a Cadbury’s hashtag would be in the tags automatically.

Saurav says the campaign was a major hit and resulted in virality of the event and the brand. At that time, he did not even know that this was called experiential marketing, but it left him hungry for more. He tells he was fascinated with the idea of how technology could be blended in a way to create magic, or the “wow” factor, in the marketing segment.

It was at that event that he met Ankit Sinha (now Co-founder and CTO), an IITM New Delhi graduate with work experience in technology. The two hit it off and started working on multiple projects, ultimately launching Tagbin Service Private Limited officially in June 2013.

Their idea was to create buzz for an event after event registrations as well as check-ins. “With continuous innovation and rethinking of concepts, Tagbin evolved into what it is today,” Saurav says.

Since its inception in June 2013, Tagbin has grown from a small office with a couple of people in a basement in Saket for event technologies to an office with 83 people across Gurugram, Mumbai, Dubai, and Singapore, completing multi-million-dollar projects for the Indian government, corporates in India as well international markets like Tokyo, and others.

“Thus, each project added to its growth of Tagbin,” Saurav says.

The startup did not only attract clients but also Series A funding of Rs 4 crore in 2014 from angel investor Vikramjiet Roy, MD of Maccaferri India.

Tagbin is tapping the government and institutions for museums, Smart City Special Purpose Vehicles (SPV), and corporates as their target clients.

Explaining more about their offering, Saurav says the industry startup caters to is “exceptionally new” as the company is bringing innovation in spaces museums, light and sound shows, and experiences centres.

For instance, Tagbin planned, executed, and is now handling a smart city experience centre in Dholera, Ahmedabad. He reveals that Dholera Industrial City Development Limited (DICDL) wanted a permanent zone to showcase the idea of Dholera Smart City in an immersive and interactive way.

“They needed an experiential centre built for better understanding of the investors and industrial tenants of the future smart city of Dholera Green Field Project. And we delivered this by mid-January 2019. Since then, international investors and industrialists who visited the experience centre are willing to invest in this project. Companies like Chinese steelmaker Tsingshan Holding Group invested $3 billion in Dholera,” Saurav says.

Tagbin blended experiential solutions like 3D projection mapping with the core idea of a city model for a plan can be displayed in a colourful yet interesting manner to keep the visitors engaged.

What about the competition?

Saurav feels that the real competition for Tagbin is “lack of awareness”. He adds that there are only a few companies in India who are into designing and engineering museums. The lack of awareness about companies like Tagbin leads companies to reach out to event companies, architecture firms, consulting firms, or advertising companies who earlier used to outsource services others.

The Co-founder and CEO claims that Tagbin provides “a plateful of everything” that any targeted customer will ever receive from different vendors.

“We stand out in the market because of the right mixture of specialised in-house team for designers and engineers, thinkers, marketing strategists, architects, content curators, creative directors, designers, VFX experts, technology experts, operations, and support,” he says.

In terms of revenues, Saurav says they turned profitable in FY17 and registered a four-fold growth in revenues in FY18. Saurav tells the current valuation of the company stands at Rs 250 crore.

The plans for the future

The fact that the Centre has announced 100 smart cities has made the market a huge one.

“Secondly, still many museums in India are using the same old conventional way of building through static installations. We want to change that by completing a couple of unique museums with latest technologies, which will act as an example for a change in India,” says 29-year-old Saurav.

Tagbin’s team is now working on upcoming projects such as museums on recovered antiquities at Purana Qila in New Delhi, and an installation at textile museum.

“We are also looking for funding of Rs 150-200 crore for team increase, growth, and market expansion,” Saurav says.