From Polaroid to polarisation: how technology and art have impacted society through the ages 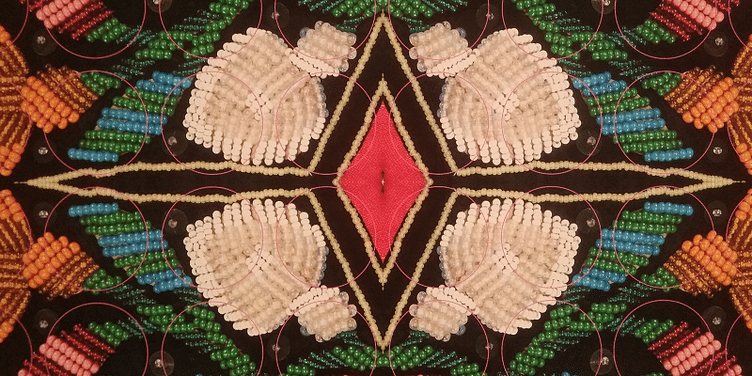 Applications of technology through the ages have shown varying impacts, from empowerment and enlightenment to disturbance and discord. Four exhibits at Montreal’s McCord Museum highlight the wide range of connections between technology, culture and preservation.

Montreal’s McCord Museum was founded in 1921, and showcases a range of exhibits from cultural artefacts of the First Peoples to modern works of contemporary photographers (see our earlier coverage here). The four floors of the museum this month have exhibitions focusing on indigenous cultures and their struggle for preservation, the artist works of photographers from the Polaroid era, and interpretations of a contemporary artist in residence.

‘The Polaroid Project: At the Intersection of Art and Technology’ presents the works of 100 artists who used the Polaroid camera, which was invented by Edwin Land in 1947. The exhibition is organised by the Foundation for the Exhibition of Photography, New York.

Media technologies like the Polaroid camera and long-playing records (LPs) are no longer in the mainstream but have a niche role, due to disruption by successive waves of innovation. Each media form has to redefine itself in the face of new emerging technologies, a phenomenon referred to as ‘Mediamorphosis’ by Roger Fidler.

New media are also heralded with much fanfare in their early years, but sometimes trigger off unintended consequences, as seen in the rise of fake news, hate speech, trolling, and polarised debate in social media. Globalisation and the spread of digital media are leading to calls for cultural preservation and the need for an activity balance between the offline and offline worlds as well.

The McCord Museum exhibition titled ‘Wearing our Identity’ features the diverse heritage of the First Peoples of Canada, and focuses on the importance of tradition and sustainability. Another floor highlights artistic expression from the Haida community, in the archipelago off the northwest coast of Canada. Despite their virtual disappearance in the late 19th century, their artistic forms live on through carved and painted boxes, living masks, finely woven baskets, and imposing totem poles. Featured artworks are curated by Kwiaahwah Jones.

The top floor of the museum features the works of Hannah Claus, an artist of Mohawk and English ancestry. Her hand-stitched, woven and worn objects, draw connections between the real world and the archived world, connecting past, present and future. Moving across the four floors of the museum is like walking through a time tunnel, exploring the flow of technology, social impacts, and artistic expressions through the ages.

Now, what have you done today to pause in your busy schedule, appreciate the flow of art and history around you, and redefine your connections to the world?