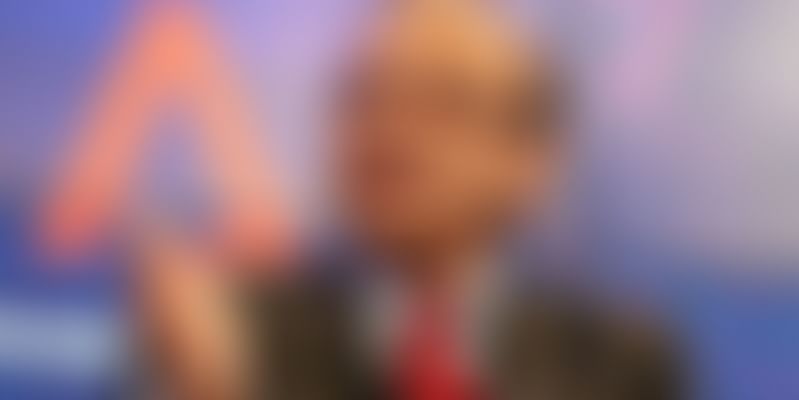 Former Finance Minister Arun Jaitley, who passed away today at AIIMS Delhi, has been an integral part of Indian politics for almost three decades.

The former Finance Minister, who passed away today at AIIMS Delhi, has been an integral part of Indian politics for almost three decades.

As India went from being a developing country to a booming economy, Arun Jaitley was at the helm of it all. Having served as the Union Minister of Finance and Corporate Affairs from May 2014 to April 2019, in the first Cabinet under Prime Minister Narendra Modi, he transformed the economy before stepping back from his position in the second tenure of the NDA government (from May 2019), due to health issues.

Among Jaitley’s contributions to India was his reforms in the startup ecosystem, which catered to the aspirations of India’s new generation of entrepreneurs.

In the midst of an economic slowdown and unemployment rate at the moment, remembering Arun Jaitley is essentially a retrospect of the many policy reforms he initiated for Indian startups when he was at the helm of the finance ministry.

In 2016, the Startup India programme was launched, along with a ‘Fund of Funds’ - a corpus of Rs 10,000 crore to provide funding support for startups. At the launch of the programme in New Delhi, Jaitley clarified how the government would help startups going forward, and the challenges ahead. He also elaborated on a few pain-points which every Indian entrepreneur faces – in foreign investment, environmental clearances, and lack of funders.

What Jaitley said was what the Indian entrepreneur, who was perpetually struggling with red tape, wanted to hear –

“Entrepreneurs need freedom from the state, the sector should be less regulated.”

Besides Startup India, the Union government also launched Stand-up India scheme in 2016, mostly targeting women and SC/ST segments. “Almost 3,000 new entrepreneurs to be created under this scheme,” Jaitley had claimed.

However, he added an uncomfortable truth to his speech at the Stand-up India launch – that, to cater to India’s growing population, entrepreneurs should not rely solely on the government. He said,

“An overpopulated economy like India has no other alternative than entrepreneurship. We expect the new India taking a cue from those Indians in Silicon Valley who have generated ideas and created wealth.”

Having served as a Supreme Court advocate before joining the Bharatiya Janata Party (BJP) in 1990, the Delhi University graduate (he had also served as the minister of multiple departments), had an acute understanding of the small and medium businesses (SMB) system in India.

In February 2018, Jaitley launched CriSidEx, a sentiment index for SMBs developed in association with CRISIL and Small Industries Development Bank of India (SIDBI). CriSidEx measures business sentiment, and the indices will eventually provide the data which can potentially digitise SMBs and help their growth.

Additionally, in October 2018, to fast-track loans for Micro, Small and Medium Enterprises (MSMEs), Jaitley launched a new portal. The initiative enables banks to approve funding of up to Rs 1 crore in less than an hour, without entrepreneurs having to visit bank branches.

Rise in ease of doing business

According to the World Bank, India ranks 77th among 190 countries in terms of ease of doing business as of November 2018. This was a climb of 23 positions from the previous year, as India was ranked 100 out of the 190 countries earlier.

In fact, India was recognised as the biggest improver in the world for two consecutive years. To Jaitley’s credit, his reforms took India to be ranked first among BRICS and South Asian nations in ease of doing business.

At the time, Jaitley had said that India will be in the top 50 countries in the Ease of Doing Business ranking soon, with more reforms coming up in starting businesses. The Department of Industrial Policy and Promotion (DIPP) {now renamed Department for Promotion of Industry and Internal Trade (DPIIT)}, which was the corridor where people visited to get clearance, is now performing the role of an enabler, thanks to Jaitley.

On November 8, 2016,  currency notes of Rs 500 and Rs 1,000 were demonetised, thereby eliminating 86 percent of the currency in circulation. The objective was to get currency into formal economy and make the holders pay tax. However, the move invoked criticism from many quarters, including experts like ex-RBI chief Raghuram Rajan and Economics Nobel laureate Amartya Sen.

In 2018, however, Jaitley defended the demonetisation drive, saying hard data of two years shows greater formalisation of the economy. He also listed an 80 percent jump in Income Tax returns filed to 6.86 crore, increase in digital transactions, and more resources being available for poor.

He said the share of the indigenously developed payment system of unified payments interface (UPI) and RuPay cards has reached 65 percent of the payments done through debit and credit cards.

In 2019, Jaitley could not present the Interim Budget on February 1, as he was in the US for medical treatment. It was reported that, after the NDA win in May 2019, he wrote to the Prime Minister that he cannot join the Cabinet due to ill health, and the position was taken over by Nirmala Sitharaman, the present Finance Minister, who was the Union Minister for Commerce and Industries in the previous Cabinet.

Jaitley continued to be an acute observer of the economy, and was hopeful about its growth despite the many challenges. In July 2019, he said that the Budget 2019-20 laid down the roadmap for India to get back on the high growth track.

He claimed that the Budget was based on the premise that economies that follow prudent fiscal policies eventually get rewarded, as against those which indulge in fiscal adventurism. He added that the push to infrastructure, construction, and real estate sectors would provide a fillip to job creation and attract investment.

"India will continue to be the fastest growing major economy in the world," he had said, in what was one of his last letters to the public.

The last 30 years have seen the Indian economy transforming more than it did in all the decades before that. From the end of License Raj and opening up the economy with the Liberalisation move in 1991 to Demonetisation of 2016, the country has gone through an era of revolution.

And when history remembers this period, Arun Jaitley’s name will shine in golden letters.