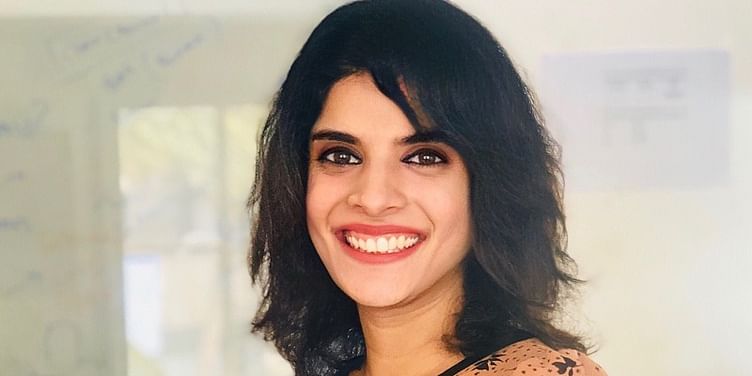 Shalini Prakash, Amit Chawla and Ralph Browning want loyalty programmes to go across brands and not just function in silos with their startup Epic.One.

After working for a decade building a loyalty business for the BFSI sector, Amit Chawla wanted to rethink the way 'customer loyalty' worked. He felt it needed to move a notch up.

Loyalty equals “rewards”, and Amit felt it could be pivoted to the B2B circuit where enterprises can engage better.

In 2018, Amit Chawla founded Epic.One, which is an “app’’ to supercharge rewards. His idea was simple - to get multiple entities to plug in their loyalty programmes on to the platform so that companies can access the world of rewards.

After seeing initial success, he and Ralph Browning started looking for a third co-founder. Amit knew Shalini Prakash as a VC, and after having a conversation with her, he realised that she too was looking to build customer-oriented businesses. Shalini joined Epic in early 2019.

In this video, Shalini discusses her career, leadership, and opportunities in Epic.

The founders come with some solid background in their respective field of expertise. Before launching Epic, Amit founded a company called Reward360, which scaled to 10 million reward options in 196 countries with 40 reward categories. And Shalini was the head of 500 startups in India and had a very long corporate career.

Commenting about starting up, Shalini says: “When you are a VC, you tend to over analyse things, and I was able to transition because of Amit. I was looking to do something on my own and I wanted to solve for the customer with a platform and that is what turned me to entrepreneurship.”

“The rewards ecosystem is fragmented and are operating in silos. The customer has so many brands to go to individually. But with us they have all these brands under one platform,” she adds.

Consumers or clients can use those points to do multiple things rather than be stuck to one single brand. Points have to be ubiquitous and on the go as a solution.

Brands have to register their loyalty programme on Epic, and then customers can redeem their points for rewards with the Epic ecosystem, where data is crunched to understand the customer’s needs.

Epic’s ecosystem has multiple stakeholders and the platform offers B2B solutions too.

For example, if a brand wants to incentivise its distributor or its employees, it can use Epic to reward them. Think of a corporate with distributors in different cities. Different folks have different needs depending on where they are based. The distributor in Bengaluru can be compensated differently from the one based in Kanpur.

“Points is nothing but money, and you should be able to use it anywhere and anytime. We want to supercharge people,” says Shalini.

The company has a few PoCs running, and hopes to reward half a million people by the end of the financial year. The app will go live in September.

Epic’s business model will be based on a SaaS model as they will be managing the loyalty and rewards programmes of several businesses. On the B2C side, the startup will probably make money when the customer redeems points between different brands.

The company is also planning to expand to the Middle East and Southeast Asia. When the company wants to supercharge the rewards, they want to let consumers use it anywhere in the world.

Other companies trying to solve this problem of loyalty and rewards in India include Zaggle and QwikCilver. The latter was acquired for $100 million-plus by Pine Labs recently. In 2010 iMint, a Bengaluru based loyalty programmes company, was acquired by Payback.

“The goal is to build a product company out of India and this is a data play. We are building a product that is super customer-centric,” says Shalini.

“Entrepreneurs need to have clarity while building a product. Based on my experience, no matter how much clarity you have, things keep changing. One has to be agile because nothing goes as planned,” she adds.

The company is currently hiring developers. Shalini says she likes to hire people with diverse skills rather than just focus on a day job.

WATCH: How this Bengaluru-based startup is helping businesses amplify their sales by 5x

[YS Learn] The three pillars of leadership, according to Brene Brown