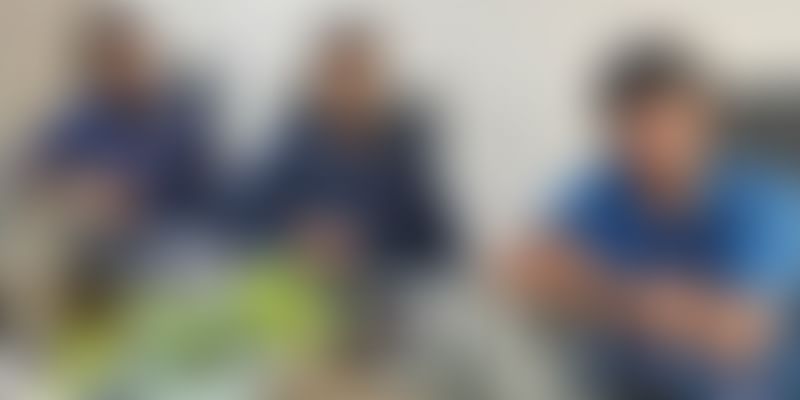 In 2017, Apple launched its ARKit, which was made available on most iOS devices. It caught the attention of 36-year-old Suresh Krishnamurthy, Founder of content platform Pingaala. He was soon convinced that augmented reality (AR) is going to be the next most important shift in human-digital interaction along with interactive voice response (IVR).

Then, he spent some time evaluating various use cases for AR. He saw that along with pictures and videos, adding 3D and AR as a new dimension to products could vastly improve the customer-brand experience. This led him to start HelloAR in Bengaluru in 2017.

“I was convinced that a zero-code/DIY platform for retailers and OEMs would be of immense value and would help them make the transition from the 2D to 3D world,” says Suresh.

His startup is an enterprise SaaS Platform built for original equipment manufacturers (OEMs) and retailers to quickly convert their catalogues into rich, immersive 3D/AR product catalogues.

Make in India: Chizel is enabling product companies to build at smaller scale

HelloAR seeks to help those brands that face challenges while deploying different forms of extended reality technology to elevate their consumer experience.

“The reason behind it is primarily a lack of tech team with extended reality (XR) and mobility skills, or a 3D modelling and design team. To help the brands, HelloAR has been envisioned as a zero-code, zero-design platform for enterprises,” says Suresh.

The startup has eased adoption by building a no-code, simple drag-and-drop interface, through which brands can set up their product catalogue. The customer then populates the catalogue, and the 3D model is generated and live.

“We generate a QR code image that brands can embed anywhere. We automatically process the 3D model and make it available on all platforms - web, mobile, and AR,” Suresh explains. If you are a furniture manufacturer, for example, you would just need to upload the designs or dimensions of the piece onto the platform for a 3D model to be rendered.

Building the first product and team

Suresh built the minimum viable product (MVP) taking the help of one full-time developer and a couple of freelancers. “Fortunately, I had the option of tapping a few advisors and potential customers during the MVP build-sell-build cycle,” says Suresh.

Once he saw potential in the product and market, he hired the startup’s first employees - Vikram Hedge and Vaibhav Kumar.

Suresh has over 15 years of experience building software for various brands, and has worked for the likes of Citrix, Goldman Sachs, Checkpoint, and a few startups. “Earlier I had built 7C Studio, a mobile app development company. I started it from a single employee to a profitable venture in a short duration. We had clients all over the world,” says Suresh.

While the team couldn’t share the names of their clients, Suresh says that the startup works with consumer durable companies, furniture retailers, and healthcare equipment manufacturers. The first product is free, and then it follows a SaaS subscription model, along with a 3D digitisation service free. The 3D digitisation is a one-time process and cost will be based on the complexity of the product.

For 10 products the team charges $29, and after that, plans to charge $99 for 50 products, after which every new product will be charged at $2.

According to a Statista report, IT-BPM (Information Technology and Business Process Management) contributed 7.7 percent to India’s overall GDP. On-demand manufacturing is a sub-segment of manufacturing, which is estimated to be a $220 billion market globally.

According to a report by Research and Markets, the AR market is believed to touch $7.95 billion by 2023. The report stated that the primary use cases include shopping and retail, furniture, and construction.

Hello AR competes with the likes of Pune-based Chizel, which is in the similar space. The Chizel team claims to have on-boarded 75 new accounts in February, and says that it executed more than 1,000 orders with an average ticket size of Rs 20,000, helping manufacture over 30,000 custom parts.

Speaking of the differentiators, Suresh says the HelloAR platform has a complete solution for 3D/AR product catalogues. The platform also has a designers’ marketplace to create 3D models from pictures, cloud hosting solution for 3D models, and an event-driven interaction engine that provides an ability to add custom behaviour to products.

Speaking of their future plans, Suresh says, “Our immediate goal is to grow in the consumer durables and furniture segment. We are looking at Indian, the US, and Southeast Asian markets.”