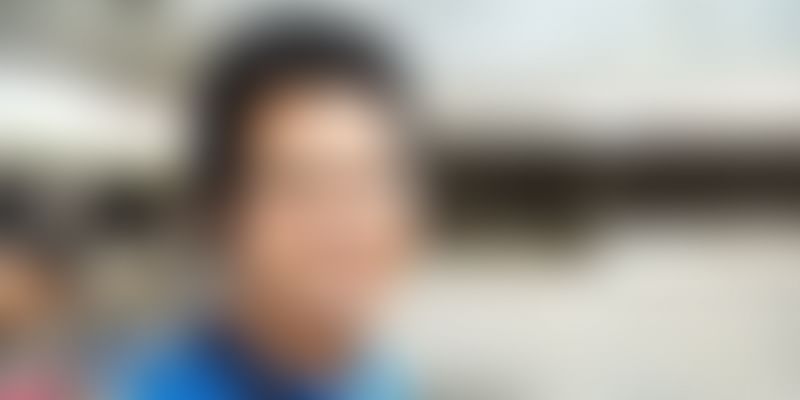 If you love to cook but don’t want to spend too much time in the kitchen, Being Chef has you sorted. The Gurugram-based startup creates both DIY cooking kits and fully prepared meals for the busy millennial.

Living with a group of friends and working alone in Gurugram meant fresh graduate Shubham Maheshwari had to deal with the 3 am hunger pangs like clockwork every morning. Many a sleepless night was spent watching YouTube cooking tutorials, but Shubham, now 28, realised he and his friends were no culinary giants in the kitchen, even if it meant whipping up a simple aloo dish. This was when the idea for Being Chef took root in 2014.

Shubham tapped into the working population’s need for cooking but without all the fuss in the process - the peeling and chopping, processing and measuring. The Gurugram-based startup, therefore, came up with a one-stop solution for vegetarians, ranging from DIY cooking kits to fully cooked meals - homey economic meals and exotic premium ones.

“I wanted to bring a solution for working women and other busy people who could use such a hack. I left my job and devoted all my time to studying the food industry,” says Shubham.

How to cook anything in 5 minutes

You can place an order on Being Chef either via a call, or on the website, app and even other food ordering portals. Once the order is placed the team packs the fresh ingredients according to your custom needs and portion sizes. All the ingredients are then assembled, undergo multiple-level quality checks, and finally packed in a box that carries the recipe, and is then delivered to the customer’s place.

Currently operational in Gurugram and New Delhi, Being Chef is focussed on pure vegetarian food. Some of the cuisines include Chinese, Italian, and of course Indian. The meal kits are priced at an average of Rs 150 to Rs 200.

Bootstrapped right now, the startup began with an initial investment of Rs 2 crore from personal savings and family.

At the beginning, Shubham started on the conceptualisation of the idea, what has to be done to source different ingredients, the process, and the other variables required. He then started sharing the idea with the people in the industry, but most of them thought that was not practically feasible.

“But I was determined to induce structured engineering in the food,” says Shubham. So, he decided to crack the five-minute time limit for cooking any dish with eight simple steps.

Being the sole founder has helped Shubham gain an all-round understanding of running a food startup.

“I have done more than a thousand deliveries on bikes in the early days so as to understand the customer and delivery rider’s interaction. It also helped me create a model which delights our customers and also makes our riders happy in doing their work,” he explains.

MasterChef in the house!

Before starting operations in full swing, Shubham got in touch with chefs and finally finalists of MasterChef India, 2014. One of the top five contestants was excited by the idea and came on board to work on the recipes and Shubham started building the operations team.

“Everyone was sceptical about the feasibility. It was difficult to summarise end-to-end cooking in just five minutes and eight simple steps but the first product helped everyone understand and we started building more products,” says Shubham.

Today, the startup has a team of 25. In the past five years, Shubham notes that Being Chef has optimised functioning in a way that one person should be able to handle multiple roles efficiently.

Being Chef has grown from a run rate of Rs 12 lakh a year to Rs 2 crore a year. The team claims to have served over four lakh meals and has net profitability of over 17 percent. It served over 17,000 people in a single day in 2016 at five locations simultaneously for corporate catering.

A DPIIT-recognised startup, Shubham says Being Chef is currently working with 35 to 45 percent gross margins and 17 percent net margins.

While recipe focus is new, Japan-based Cookpad had begun in operations three years back. It enables close to 58.8 million users to share and find recipes to cook at home. The platform has over 6.8 million recipes. The company went public in 2009 and has reported a profit touching $19 million. There also is the US-based Blue Apron that is primarily known for its meal kits.

Apart from that Rajesh Sawhney’s InnerChef too had initially started with that idea. Currently, Being Chef is focussed on being a one-stop solution for vegetarian food and is providing users with the option of both a cooking kit and fully prepared meal.

Speaking about the future plans, Shubham says “We are scaling up our current model, doing some crazy innovation in end-to-end automation in cooking, and are very soon launching a model to take care of your daily food needs in a different way.”