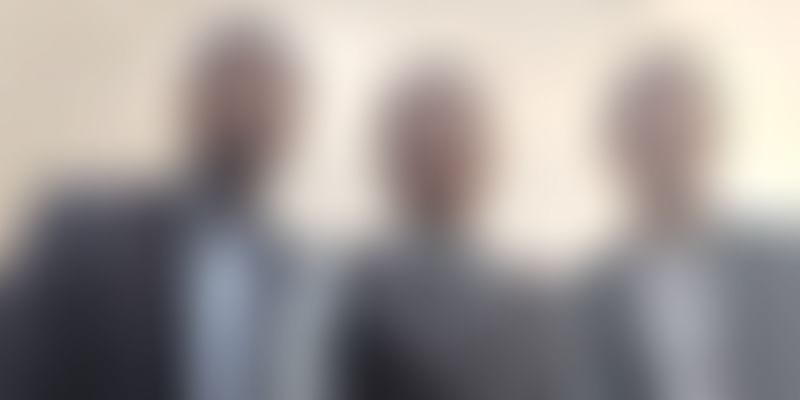 A World Health Organisation (WHO) study on diet, nutrition, and prevention of Noncommunicable Diseases (NCDs) has linked increasing urbanisation and sedentary lifestyles with a rise in a number of chronic diseases.

But health systems in most developing countries, including India, often adopt a reactive approach by only treating the illness, with a limited focus on “soon-to-be-sick” populations.

Worryingly, the WHO study noted that chronic diseases such as diabetes, hypertension, cardiovascular diseases, respiratory diseases, and cancer were also the leading cause of death and disability worldwide. The study also suggests that between 1993 and 2014, more than five percent of India’s population fell into poverty annually because of one catastrophic health event in the family.

In a bid to resolve problems like these, Vitor aims to empower people by making them more aware of their health and educating them about risks. Currently headquartered in Bengaluru, it offers its services pan-India, in more than 240 locations. In the last 12 months, it has screened over 61,500 individuals across 12 states in India.

The startup claims the tests can be conducted anytime, anywhere - at home, at the workplace, or even during train commute. A “digital health assistant” with a portable kit conducts tests on-premise. A report is generated on the spot after the tests are completed.

Speaking about the accuracy of the tests, Vikram says,

"At Vitor, we integrate medical devices which are FDA or CE certified, and they are 95 to 97 percent accurate when compared to laboratory testing."

Vitor provides all these services for as low as Rs 200 – making them affordable for majority of the Indian population. It also offers follow-up consultation and counselling to help people act towards risk mitigation.

Focusing on the B2B segment

The startup operates in two models – an enterprise model and a partnership model.

Under the enterprise model, its health assistants go to places to conduct tests and deliver services. This is typically targeted at the blue/grey collar workforce in businesses or businesses that have a rural/community focus.

An enterprise health-risk report is provided to the sponsor/employer, which can be used to support further clinical interventions for people at high risk.

“A large part of our current revenue stream comes from B2B customers, whereby we screen the blue-collar workforce and hand over an instant report to the customer being screened,” Vikram says.

Under the partnership model, Vitor licenses its solution to a partner institution, such as a hospital or an NGO, which can deploy its services into specific geographies or market segments.

“By partnering with such organisations, we help create community digital health entrepreneurs on a profit-sharing model with licence fees. They go through training and certifications by Vitor,” Vikram says.

The kits, along with the devices and consumables, are made available to these “digital health assistants”, who go out and administer a health-risk assessment on-premise. As a pilot, Vitor has already deployed about 10 such digital health entrepreneurs, who are providing valuable market feedback.

“In this financial year, we are expecting to touch more than 200,000 people through our business customer channels,” Vikram says.

Meet the 5 medtech startups focusing on affordable diagnostic solutions to keep India in the pi...

Milind Naik is a media and technology industry veteran with a career spanning more than 25 years. He held leadership roles across brands like Cricinfo, Star TV, and Miditech. He previously founded a mobile technology venture called Papillon. At Vitor, he leads product strategy and technology roll out.

Vikram Rai combines a background spanning 17 years in technology and entrepreneurship. He has earlier worked with global giants such as Telelogic and IBM, developing enterprise software products. At Vitor, he leads business development and operations.

Vikram and Milind met during an event and started working together. Milind knew Dr Tarun Ramole, a clinician, from his early days. Tarun has a career spanning 17 years. At Vitor, he leads knowledge, applied insights, and supply chain efficiency.

The team presently has 15 members, including the founders.

“With a doctor-patient ratio less than the recommended WHO standard (1:1000), India needs to change people's behaviour to look at their health pre-emptively as opposed to sickness care. Making people aware of their health risk from silent killers (NCDs) empowers them to take timely corrective/preventive action,” Vikram says.

Though there are no players focusing on the segment that Vitor is catering to, startups such as HealthCube and HOD.life are operating in a similar space in India.

However, Vitor’s USP is that it can conduct 10 tests in just 10 minutes, and give an instant report as well.

Working towards a healthy future

The bootstrapped company reported Rs 70 lakh in revenue in FY19.

Speaking about the challenges, Vikram says: “The concept itself is a hard sell, and there is a lot of inertia around preventive health.”

In the next two years, Vitor expects about 10,000 digital health entrepreneurs to be deployed across the country, who are likely to address a market segment of more than 25 million adults annually.

"We are currently catering to the B2B segment, but will be looking at the B2C side in the future,” says Vikram, adding that the startup is also looking to raise funds in the next six months.