WATCH: How this digital locker startup pivoted into B2B SaaS to stay in business after SC ruling on Aadhaar 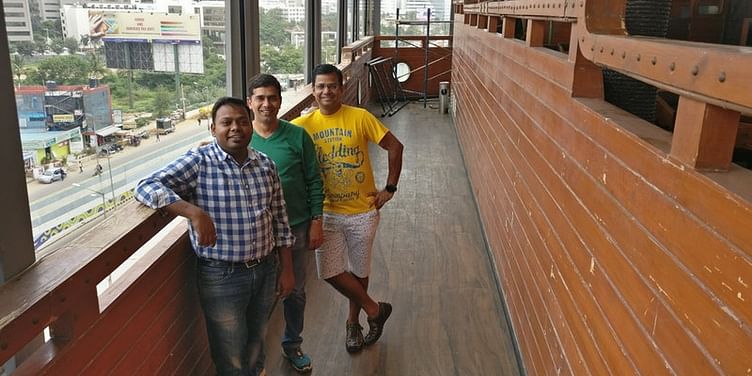 Digital locker startup ezeDox ran into some hard times when the apex court ruled against Aadhaar being mandatory for KYC authentication by private firms. In this video interview, Co-founder Veerendra Mishra explains how the startup pivoted into B2B SaaS by helping manufacturing firms go paperless.

While digitisation is gaining ground in India, millions of firms still trundle through heaps of documents and paperwork to keep their customers, workforce, vendors, and operations in order. But Bengaluru-based ezeDox has a fix. The B2B software-as-a-service (SaaS) startup helps companies onboard customers, vendors, and employees seamlessly without the need for paperwork.

Watch Co-founder Veerendra Mishra explain what the startup does in this video:

But back in 2014, when the startup was founded, ezeDox was doing something different altogether. Veerendra had been toying with the initial idea for ezeDox when he quit his banking job. “I was in wealth management and realised that the amount of paperwork that we were subjecting people to was enormous. So it’s imperative that in the modern world financial institutions go digital, and find ways to onboard the business ecosystem digitally,” he had said in a previous interview with YourStory.

He knew Premananda Mohapatra for many years and met Vaibhav Jain through common friends at a social event in April 2015. The trio came up with a digital locker system, wherein one can go online, apply for a bank loan or insurance policy, and the financial institution would simply use the customer’s Aadhaar number to verify their personal details. The customer could then easily upload supporting documents.

“The business case was there, and the software could help all organisations digitally," Veerendra says. That's how the startup started out in 2016.

State of the Nation: how these four sectors can turbocharge growth and define India’s future

Unfortunately for the young company, the Supreme Court ruling in late 2018 against private firms demanding Aadhaar information for KYC authentication hit ezeDox’s digital locker business. But the founders took it on the chin and, in early 2019, pivoted into a SaaS provider for on-boarding customers without any paper-based processes.

The startup’s users are also supported by a team of skilled professionals, who offer a solution that can be extended to suit any function. "In addition, we provide a well-designed user experience and user interface," Veerendra says.

It was important for ezeDox to pivot to stay in business, and their small eight-member team obliged. Today, the startup has three paid contracts and six proof of concepts. Over the last two months alone, the startup has on-boarded over 4,000 processes. "If you look at on-boarding in any major industry, it is still paper-driven and there is no use of cloud-based systems. It is not very organised," Veerendra says.

Homing in on the need

Let's take the example of an automobile company that has 100 vendors. On-boarding them for new product typically ends up in a combination of paper and emails. Imagine, then, an application that acts as a console for on-boarding every vendor and the auto OEMs can avoid distributing paperwork both internally as well as outside the firm to all the key stakeholders.

India has 25 million small manufacturing businesses that can use a system like ezeDox’s.

The startup competes with the likes of Digidesk, and companies’ internal tools and HRMS systems. However, the advantage of ezeDox, Veerendra says, is that the solution can handle agents, merchants, customers, vendors, and the blue, grey and white-collar workers. Its application can be used by internal and field staff.

There is no competition in on-boarding of vendors in the manufacturing segment, the co-founder adds. "We offer a full-service platform from information and data collection to document and ID verification and running a credential check on the person/entity getting onboarded," Veerendra explains.

Cloud-based services are witnessing increased adoption across the globe. According to Gartner, the worldwide public cloud services market is projected to grow 17.3 percent in 2019 to total $206.2 billion, up from $175.8 billion in 2018.

The fastest growing segment of the market is cloud system infrastructure services (infrastructure-as-a-service or IaaS), which is forecast to grow 27.6 percent in 2019 to reach $39.5 billion, up from $31 billion in 2018. SaaS is a $58.8 billion dollar market.

By 2022, Gartner expects that 90 percent of organisations purchasing public cloud IaaS will do so from an integrated IaaS and platform as a service (PaaS) provider, and will use both the IaaS and PaaS capabilities from that provider.