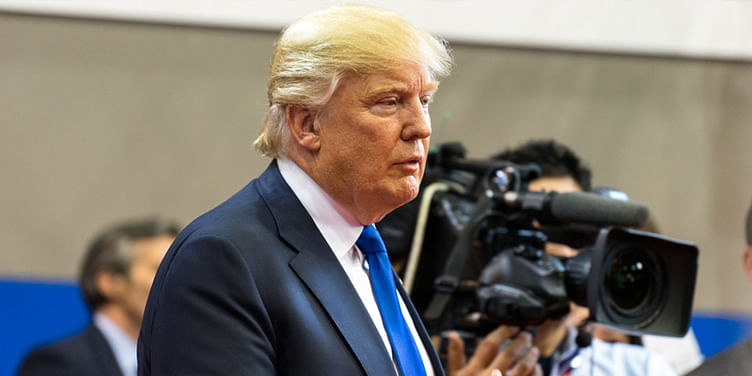 US President Donald Trump says his country is willing to do business ‘for non-security things with Huawei’, but won’t deal with the Chinese tech firm for anything ‘to do with national security’.

US President Donald Trump on Thursday said his administration would not allow Huawei, the Chinese technology giant, inside the country as it is related to national security.

"We're not allowing Huawei into our country. We have not changed on that," Trump told reporters responding to a question.

“We can do business for non-security things with Huawei because that's -- we'll do that. But anything having to do with national security, we're not dealing with Huawei,” Trump said.

They urged Pompeo to tell people about the threat they face through the use of Chinese technologies like "smart city" and "safe city" systems.

“The Chinese government is exporting advanced surveillance and monitoring systems as part of a broad effort to spread its authoritarian model abroad and influence foreign countries," they said.

The Chinese are 'watching'

Chinese companies like Huawei and China National Electronics Import and Export Corporation are selling, loaning, or transferring to foreign governments so-called "smart city" and "safe city" systems - a broad array of surveillance and monitoring technologies, including cameras, facial recognition along with artificial intelligence and cloud systems, that can be used to track and monitor individuals, the Senators said in the letter.

According to The New York Times, more than 18 countries now use Chinese intelligent monitoring systems. These include Germany, which has strong privacy and human rights protections, Pakistan and the United Arab Emirates, which do not, the letter said.

Freedom House's 2018 Freedom on the Net report indicates that supplying technology to countries with poor rights records might not only benefit local authoritarians; it might benefit China also.

“As more of the world's critical telecommunications infrastructure is built by China," writes Freedom House, "global data may become more accessible to the Chinese intelligence agencies through both legal and extra-legal methods".

According to the Senators, the State Department has a core responsibility to make American citizens aware of the threats.