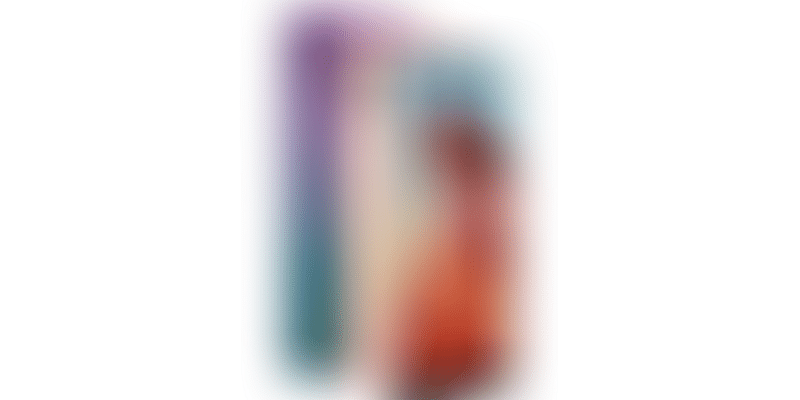 In 2018, Huawei surpassed Apple as the world's second-largest smartphone seller. The Chinese company's growth, even as global smartphone sales dropped, managed to grab eyeballs. But, things stand to change now, and it should worry us all.

The morning of May 20 was a clamorous one. Some were reacting to the #ExitPoll results from the night ago, while others were coming to terms with the Game Of Thrones finale. In the midst of all this, reports claimed that Chinese smartphone maker Huawei’s Android licence had been revoked by Google following an order from the US Department of Commerce.

America was cutting off all trade ties with Huawei because its government believed the company was a “Chinese spy”, and posed a “risk to national security” - something the phone maker has categorically denied in the past. Shortly after, this became a trending topic on Twitter, and much confusion ensued.

My phone beeped at noon. A friend, who shares my passion for mobile tech, wondered, "Hope your phone won’t be affected by the Huawei-Android issue?”

“I don’t know. It might be... eventually? This is serious shit,” I responded.

Here’s some data: In 2018, Huawei shipped 200 million smartphones worldwide (This is up from a mere 3 million back in 2010). In July, it surpassed Apple to become the world’s second-largest smartphone vendor, ending Apple-Samsung’s seven-year duopoly. In the first quarter of 2019, it grew its shipments by 50.3 percent. Even as smartphone sales declined worldwide, Huawei managed to secure its biggest ever market share of 17 percent, according to device trackers.

“The continued growth of Huawei is impressive, to say the least, as is its ability to move into markets where, until recently, the brand was largely unknown. For most markets, the ultra-high end competition is largely some combination of Apple, Samsung, and Huawei, depending on the geography, and this is unlikely to change in the short term.”

Reith, of course, failed to foresee America’s blanket ban on the company.

Also read: Our smartphones are changing: six trends that defined 2018

What the ban means for Huawei users

Unsurprisingly, the ban now affects Huawei’s ties with Qualcomm, Broadcom, and Intel too. Future handsets would not be featuring chipsets developed by these three companies. Some of Huawei’s contract manufacturers such as Flex have also snapped ties. This means not just software, but even the hardware of Huawei handsets would be challenged going ahead.

As daily users of Huawei phones, this is worrisome. Several questions stare at us: Will we lose access to Android OS and Google Play Store? Will it mean being cut off from Google’s entire suite of apps: Chrome, Gmail, Search, Maps, YouTube, Drive, Docs, Sheets, Play Music, Play Books, Play Movies, you name it.

Can we really imagine a day without these apps? I fear not.

What adds to the uncertainty is the lack of a clear direction from companies involved in the trade war on what the future holds for Huawei owners.

Some reports suggest that it is only the upcoming handsets that would be affected, while existing devices, which have already been shipped with Android OS, will do just fine. However, those might not receive future security and software updates. Now, that is a serious problem too.

Why would anyone want to be stuck with outdated software on a flagship device that cost them Rs 60,000-80,000?

Does this mean that the ‘ultra-premium’ segment of the smartphone industry will henceforth be restricted to only iPhones and Pixels?

Sure, there’s Samsung too, but when was the last time the Korean firm came up with an innovation that struck a chord with the world? A ‘foldable phone’ is not something everyone desires or can afford.

For Huawei fans, the situation is almost infuriating because a) there is no alternative in sight, unless you're planning to sell off your device, and b) Huawei makes seriously good products, which they do not want to lose out on.

A Twitter user summed it up aptly. “Huawei is a vital source of competition that pushes the industry forward, especially in cameras. If you’re a fan of mobile tech, you should be FURIOUS,” he said.

IF the Huawei news is true, and you're a fan of mobile tech, you should be FURIOUS.

I don't care if you're an Apple, Samsung, or Pixel fan. Huawei is a vital source of competition that pushes the industry forward, especially in cameras.

What is the EVIDENCE that justifies this?

Why the smartphone world needs Huawei

There is no denying that Huawei has produced some fantastic, even jaw-dropping, phones in the last few years. Look at the new P30 Pro, for instance. Its camera - something everyone’s raving about - is a near-telescope that can give you a view of the moon’s craters right from your bedroom. Before that, there was the AI-enabled power shooter in the P20 Pro, "co-engineered with Leica".

Cameras have always been Huawei’s USP. The advanced, multi-lens setup, which is now mainstream even across mid-range handsets, was pioneered by the company.

Huawei was also the first smartphone vendor to introduce a multi-brand strategy (through Honor) to appeal to the younger, lower segment of the market, especially in emerging economies like India, where consumers crave for top-of-the-line specs at not-so-top-of-the-line prices. Today, the multi-brand strategy has been adopted by most of the top 10 smartphone companies in the world.

Not only this, Huawei has also made enormous advancements in 5G technology, and is said to be the best-equipped in the world to usher in a new era of mobile telephony. What happens to its future innovations now?

In its home market China, it could still survive with the assistance from local ecosystem players. (China’s Great Firewall blocks US tech companies anyway.)

But, what happens to Huawei’s ambitions of global dominance, which it could very well have achieved in the next couple of years?

Mobile device analysts had predicted at the start of the year that “Huawei will remain ahead of Apple at the end of 2019 because of its pace of innovations”. Does that change now?

What happens to avid smartphone users who deserve a world beyond age-old incumbents - Apple and Samsung?

Huawei in India: what happens next?

More importantly, what happens in the Indian market, where Apple’s market share has declined to below one percent, and Huawei has been making its presence felt?

Last year, Huawei started manufacturing Honor handsets locally in partnership with Flex (which has now pulled out) as part of the government’s ‘Make in India’ initiative. Between 2016 and 2018, Honor’s market share in India tripled, and was largely responsible for Huawei’s growth in the country, according to Counterpoint Research.

The company announced it was looking to capture 20 percent of the domestic smartphone market by 2020. “Honor and Huawei will keep evaluating the demands for the product in India and will keep trying to up the ante for indigenous production and localisation,” P Sanjeev, VP-Sales, Huawei Consumer Business Group, had told the media at the time.

Considering 80-85 percent of smartphones in India run on Android, it would be difficult for Huawei to witness fast growth. It has to not only overcome logistical barriers, but also convince users that they would not be deprived of anything if they own a Huawei phone.

For now, the question remains:

If Android pulls out of Huawei, would Huawei pull out of India?

Only time will tell. But, asWired columnist Andrew Williams wrote, “The severity of the restrictions imposed on Huawei make it impossible to recommend buying a Huawei or Honor phone at present. Well, unless you live in China…”