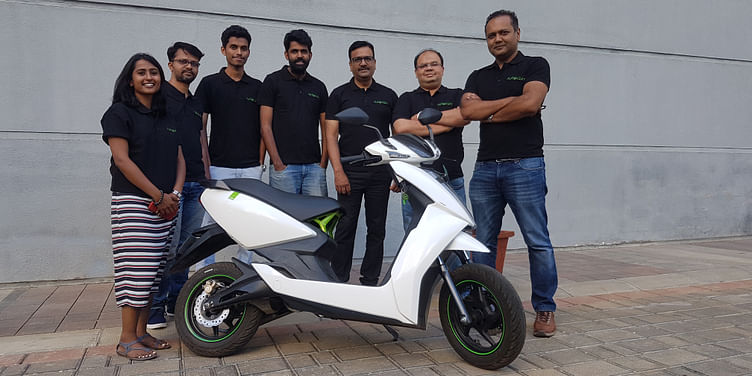 Founded by Uday Disley and Sachin Mehta, Autovert is making it easy for people to lease electric vehicles. At present, at least 10 percent of Ather’s vehicles have been leased through this startup.

Three years ago, when Uday Disley decided to quit his job as one of the top leaders in a fund to set up a startup that would use tech to finance electric vehicles, everyone laughed at him. For a year, he battled it out alone.

But, in 2017, his friend from college, Sachin Mehta, who was in the financial services industry, realised the potential of Uday’s idea and jumped in as Co-founder and both invested less than Rs 1 crore to kickstart the business. Their firm, Autovert, also became India's first firm focussed on leasing for EVs.

Today, the duo is on a mission to finance people who want to buy EVs. In fact, thanks to Autovert, you can even own the vehicle for a short period before refinancing the down payment for another one with newer features. And guess what? You don’t even have to worry about selling or maintaining the old one. But there is a bigger reason for doing this.

In this video Sachin and Uday talk to YourStory about the future of electric vehicles in India, Autovert’s journey and the way forward:

At present, Autovert works with Ather and at least 10 percent of the EV company’s vehicles are leased through this startup. To the uninitiated, this would look like any other lending company.

But, to be clear, Autovert is a technology company with APIs in websites and apps of electric vehicle manufacturers.

EV companies are distributing their products online while providing loan or lease options on their websites. Autovert’s tech takes care of all the eKYC norms and shortlists candidates who apply for a loan with an electric vehicle company.The company also offers insurance online.

“We can close a loan in a day and our platform helps EVs scale up faster,” says Uday. On the financial side, Autovert works on an operating lease model, which means they do not need a NBFC licence to lend money to customers because the lease period is less than five years.

The lessee can return the vehicle or own the vehicle by paying the market price of the asset. In a financial lease, the lessee has to pay the money for the entire period of the lease, which can be above five years and effectively covers 80 percent of the life of the vehicle.

Autovert’s business model is to make money on the monthly rental, which factors in the debt taken from the NBFC. After the lease period the vehicle will be sold to the pre-owned market for fifty percent of the cost.

India is a huge market for electric vehicles at the moment. In FY 2019, 750,000 electric vehicles were sold in India according to SIAM. Most of these happened to be three-wheelers and they sold about 630,000 units.

The Niti Aayog has put in a policy proposal to move the auto industry towards EVs. The government think-tank has proposed that all three-wheelers, two-wheelers, and cars should be EVs by 2023, 2025, and 2030.

This is the sea change that has happened in India since 2016. Delhi’s particulate matter is way over recommended limits of 35 particulate matter by the WHO and stands at more than 300pm. Now Bengaluru is 150pm and Mumbai is more than 200pm. India is on the brink of becoming the most polluted country in the world, but with lease plans people can see the benefits of owning a EV than a gasoline vehicle.

Autovert has read the signs right, and believes it can reach many more EV startups to look at its business model. It plans to tie up with at least six automobile companies, and is already working with NBFCs.

So, are you ready to ride into an electric future?