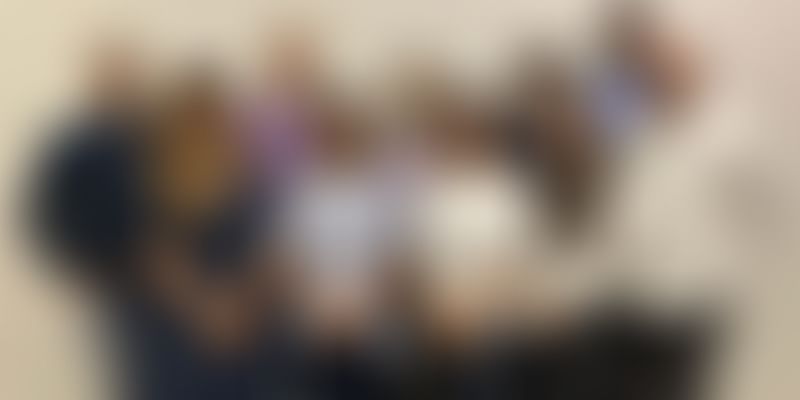 Small traders dealing in phones and accessories have taken a major hit as urban India shops for phones online. This led Sanjay Kaul, the former Country Head of Apple India, to start up with Sofyx, a social commerce startup that aims to help store owners adapt to the digital age.

Do you remember where you bought your first smartphone? Chances are at an unbranded store, one of the 90 percent that make up India's $700 billion unorganised retail market, recommended by a friend or relative.

But the world has since then moved online – and so have smartphone buyers, adversely affecting the numerous retail trade stores across India.

This was what led Sanjay Kaul, former Apple India Country Head, to start Sofyx, a social commerce platform that aims to strengthen traders dealing in smartphones and accessories.

“The shift to online has hurt many general trade retail stores, who have no means of digitisation or having an advantage over online stores and organised players. In the last three-four years, they were increasingly losing customers, revenues were coming down, and margin pressures were rising,” Sanjay says.

“These small retailers are still part of the Indian economy - they still sell half of the smartphones in India,” he adds.

Why a platform for small traders?

A 2018 report by Counterpoint Research says overall mobile phone shipments rose 11 percent. And while brands like Xiaomi, OnePlus, and Motorola are purely online, many people still prefer to buy their phones from the neighbourhood store.

This is what led Sanjay to start Sofyx in July this year. The idea was to help these store owners digitise, become more competitive, and create a new channel.

Sanjay believes these store owners are entrepreneurs who are passionate and have been in the business for decades. “If we help digitise them, then there is a very compelling channel in India,” he says.

The challenges these retailers face is that they aren’t “discoverable” on the internet. Even if a customer buys from them once, chances are s/he will go online for the second purchase.

Sanjay explains that stakeholders who sell additional services such as financing and insurance don’t know how to engage with them as they need to connect with every single shop owner to do so.

On a Flipkart or an Amazon, these services are sold online along with the phone. Sanjay was keen to change this market scenario.

“We are building a complete ecosystem where a general trade retailer gets everything s/he needs. The idea is to create a platform that makes it easy for different players to come in and plug on to the platform. They can give different solutions and options to make the sellers competitive,” Sanjay explains.

Sofyx plugs all things retailers need for digitisation. Once a retailer downloads the app on Android or IoS, they need to input details, product catalogue, and sales.

“We help them with the profile so that they become easy to discover for anyone who wants to do business with them. This could be other retailers or brands or people who want to access information in terms of who they should do business with. We can then connect them with the right portfolio of people,” Sanjay says.

Small retailers can also connect with peers in the industry. For this, Sofyx has added a simple social element, where retailers can post things, events, happenings, and more.

The startup also has a loyalty programme that allows retailers to retain customers. Through this, they can issue gift cards and gifts to the consumer who remains engaged and may also bring in other customers. A completely digital tool, it can also be used by other employees in the store.

“We also give them buy-and-sell opportunities. If there are two retailers, say one in Delhi and one in Bengaluru, and the retailer in Bengaluru has a good set of products and hasn’t sold many, they can list it on the platform. If the retailer in Delhi wants it, s/he can discover it and buy. We call this B2B buy and sell,” Sanjay says.

Sofyx also has a virtual store builder. Sanjay says that many retailers have very old stores that need updating, as customers want to go to a store with top-of-the-line infrastructure. This tool helps traders design and customise interior designs  their stores in less than five seconds.

One of the major challenges faced by Sofyx is getting retailers to adopt and use the platform.

Sanjay says a lot of them “need handholding because many of them are coming online for the first time”. “They need initial training and on-boarding, and for that the team has feet on the street. The retailers are not averse to going online; they just have to see economic value and sustain themselves.”

While Sofyx is currently in its pre-revenue stages, the team is looking at B2B sales and connections as the primary source of revenue.

The market and way ahead

Close to 140 million smartphones were sold last year in India, and more than half of them were sold through general trade retailers. There are more than three lakh general trade shops selling mobile phones in the country, and they are spread out in every nook and corner of India.

In the next five years, the smartphone business will grow to about $16 billion a year as the feature phone market transitions to smartphones.

Speaking about the future, Sanjay says the 10-member team is also adding insurance on the platform. “Sofyx will enable a significant number of the three lakh stores by partnering with them as their single point technology partner,” he says.