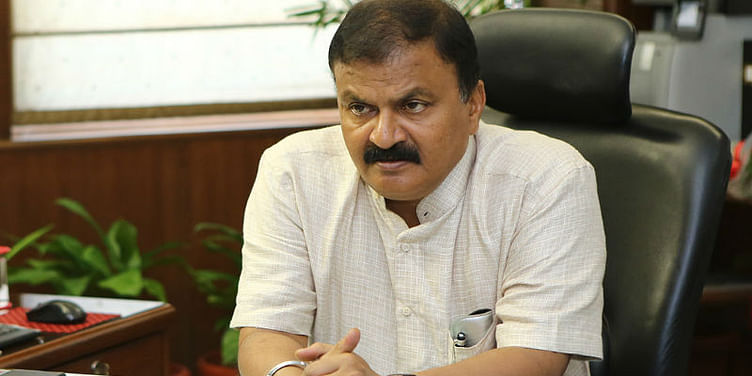 Prior to taking over as the secretary of DPIIT, he served as chairman of the Airports Authority of India (AAI), an official statement said.

An Indian Administrative Service (IAS) officer of 1986 batch, Guruprasad Mohapatra, on Thursday assumed charge as the secretary of the Department for Promotion of Industry and Internal Trade (DPIIT).

Prior to taking over as the secretary of DPIIT, he served as the chairman of the Airports Authority of India (AAI), an official statement said.

The DPIIT under the Ministry of Commerce and Industry has been tasked with looking at matters related to promotion of internal trade, including retail trade, welfare of traders and their employees, facilitating ease of doing business and start-ups.

The matters related to internal trade were earlier under the domain of the Ministry of Consumer Affairs.

"Mohapatra brought about many changes in AAI's strategic operations. He gave new direction to AAI and steered it to achieve greater excellence in the sector of airport infrastructure development not only at the metro airports but also in tier-II and tier-III cities," the statement said.

He had earlier served as a joint secretary in the Department of Commerce, where he worked for the promotion of special economic zones (SEZs), public procurement and project exports (financing and insurance).

Mohapatra held the portfolio of municipal commissioner in Surat, Gujarat, and was involved in the process of converting Surat into one of the models of urban governance with its thrust on solid waste management, quality infrastructure and sound financial management.

As the municipal commissioner of Ahmedabad, he was instrumental in developing several urban projects such as the Sabarmati riverfront, BRTS, Kankaria lakefront and heritage promotion. He also served as the transport commissioner and commissioner (commercial taxes) in Gujarat, the statement said.