Why billionaire investor Vinod Khosla is betting big on AI, 3D printing for the future 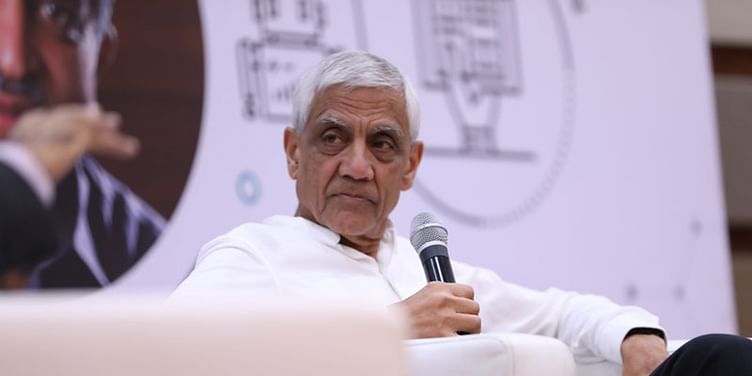 Vinod Khosla, Founder and Partner of Khosla Ventures, believes that AI, 3D printing, and medicine hold the potential to create impact and disruption in the future.

Billionaire investor Vinod Khosla is betting on newer platforms like AI that give entrepreneurs the potential to bring in big disruption.

Vinod, one of the co-founders of Sun Microsystems, has since then launched venture capital firm Khosla Ventures, which invests in experimental technologies such as robotics and biomedicine.

At a fireside chat in Bengaluru, moderated by iSpirit Founder Sharad Sharma, and accompanied by Nandan Nilekani, the investor and bureaucrat who put India’s Aadhaar system into place, Vinod spoke about how technologies like artificial intelligence (AI) and 3D printing offer entrepreneurs huge opportunities and hold the potential to create large scale impact on the society.

Vinod said that over the last few years, there haven’t been newer platforms that allow entrepreneurs to start up and disrupt the landscape. AI, he feels, is a technology that brings in “opportunities to disrupt”.

Innovating to create a difference

In the field of medicine, Vinod believes AI may well replace doctors such as radiologists. Speaking about the large Indian population, the number of doctors, and the limitations of humans, he said AI-led systems could take over in the next 10 years and be far more effective than human practitioners.

He said almost every sector could benefit from AI, adding that his dream was “an AI tutor, which teaches every child based on their learning patterns”.

Apart from AI, he said 3D printing was another area that offered multiple opportunities to entrepreneurs globally.

“It [3D printing] is a new platform, and one of my favourite startups is printing houses using the technology. The advantage is that it significantly reduces cost, takes 24 hours to build, and reduces the environment footprint significantly.”

He urged entrepreneurs to look beyond software and service startups to innovate.

“Whether it is food, construction, transportation, education, and healthcare, they are all open to radical change in technology,” Vinod said.

The investor, who has a bachelor’s degree in electrical engineering from IIT Delhi, believes not having prior experience can be one of the biggest advantages for an entrepreneur.

Stating that founders who lack expertise in areas they are starting up in tend to be more innovative about problems they are solving in that particular segment, he said:

“The best innovation (in a sector) comes from people who don’t come from that area. No fintech startup has come from anybody who knew anything about fintech.”

On funding startups with ‘consequential’ impact

One of the pioneers in venture investing, Vinod has always been known for his differentiated approach towards investing.

“I like situations where the chances of success are less but the impact is extremely consequential,” he said, giving the example of Google, which continues to have a consequential impact.

Last month, Khosla Ventures made headlines by investing in nuclear energy startup Commonwealth Fusion Systems. Opening up on the investment, he said “someone had to do it” because it “may create incremental change”.

“Not every investment we make is a smart investment; at first it did feel foolish to invest. But someone had to do it, even if fusion feels like something what non-government establishments can’t take … Because if they succeed the change is incremental,” he said.

The iconic investor, who has invested in startups like Square and Stripe, feels that “constraint is the best thing that can happen to innovation” and startups need to be hyper-efficient with their dollars.

“In my experience, the more money you raise, the less likely you are to succeed. When there’s little money, it forces you to think about the problem much harder. If you get a lot of money, you start executing without analysing the problem well. You have to be hyper-efficient with your dollars to be more creative with the problem,” Vinod told startup founders.

On ‘values’ keeping teams together

Vinod, named among the 400 richest people in the world by Forbes in 2014, has by now spent close to 40 years building companies and teams and breaking monopolies.

He joined Kleiner Perkins Caufiled & Byers as a general partner in 1986 and played a crucial role in taking on Intel’s monopoly by building and growing semiconductor company Nexgen, which was eventually acquired by Advanced Micro Devices (AMD) in 1996.

After that, Vinod helped incubate the idea and business plan for Juniper Networks to take on Cisco System’s dominance of the router market.

He said the value system has a big role to play in building a successful company.

But, finally what is the one thing that can attract a technology investor and magnate like Vinod Khosla to invest?

“There is never one solution and one formula. In the end, as a technology investor, you are looking for a unique solution that can create advantage over time. It’s really simple. And the biggest ingredient is the quality of team you assemble,” Vinod said.

What are the biggest challenges job seekers face today? Hear what 6900 professionals share with YourStory and Indeed