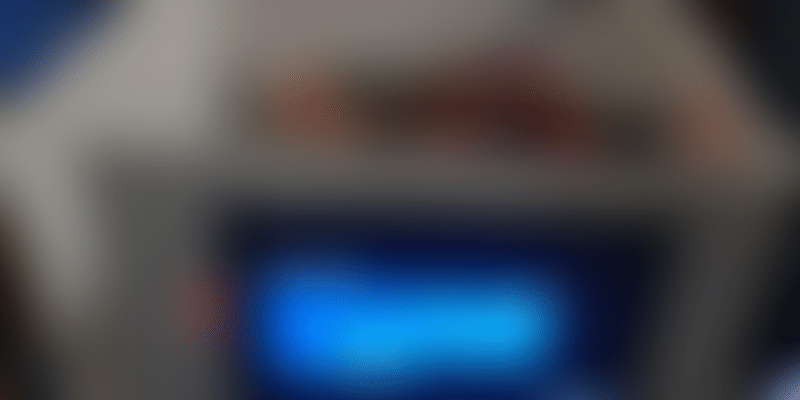 A team of first-year students from SRM University, Chennai, invented a device that monitors doctors when they scrub up and indicates whether their hands are clean enough.

There’s one simple thing that all doctors believe is vital when it comes to good health: washing hands. Disinfecting and washing hands is on every doctor’s to-do list to stop the spread of infections.

As a part of the Smart India Hackathon 2019 Hardware edition, a group of students from SRM University in Chennai came together to build a device that guides doctors on the right handwashing techniques. Team Livonian won a Rs 1 lakh cash prize at the nodal centre, SRM University, which was among the 19 nodal centres across India.

Team Livonian’s device, named Washbot, monitors the way doctors scrub their hands, and guides them to carry out the right handwashing techniques.

It offers guidance and pictorial instructions on a seven-inch interactive LCD. The guidance screen has an indication patch, which turns red when the handwashing isn’t done right, and green when it is done right.

The device was built under the Biomedical and Healthcare Devices theme.

The technology that was put together by the team was primarily based on tools of that use machine learning, deep learning, and automation.

The essential problem statement the team was trying to solve was to design a product that helps eliminate infections and deaths caused due to improper hand sanitisation.

Speaking to YourStory, Kishore explains, “We felt bad looking at patients who died because of improper sanitisation. That was the time when Apollo (Hospitals) came up with this amazing problem statement. Ours is a first-of-its-kind device, and it is completely easy to use.”

The compact device is placed above a basin instead of a faucet. The doctor places his/her RFID tag over the reader in the device and keeps hands below the device. The sensor at the bottom of the device senses the hands and expels water, after which a soap solution is ejected.

The camera at the bottom of the device streams the steps to the server, which are compared with a pre-trained model. It then indicates whether the steps are correct or wrong.

"We made a 3D model of the device first to make it compact. Then we started making the automation system, using PCBs and microcontrollers. At last, we worked on machine learning to monitor the process. Our college professors’ expertise in these fields helped us sort the technical issues we had," Kishore says.

Aiming for a commercial launch

Team Livonian says they did not imagine that they would get selected for the finals.

"One fine day, my team leader called me up, saying that we had been selected for the finals. I was excited as well as scared. I do the programming, and I had never worked with hardware before. I learnt more about hardware in this project," Kishore says.

The team is now trying to make the product as compact as possible. They intend to reach out to sponsors and release the device commercially.

The cost of production of the product was Rs 10,000, and Kishore says they intend to sell it for Rs 15,000. As far as the research goes, the team referred to steps standardised by the WHO.

Kishore is hopeful that the team will eventually launch the product in the market after building a better version for commercial purposes.

All the team members are in their first year of college. “Gradual learning and hard work brought us here, and we hope we will learn a lot more,” Kishore adds.