Modi govt scraps Article 370 in Jammu & Kashmir, here’s all you need to know 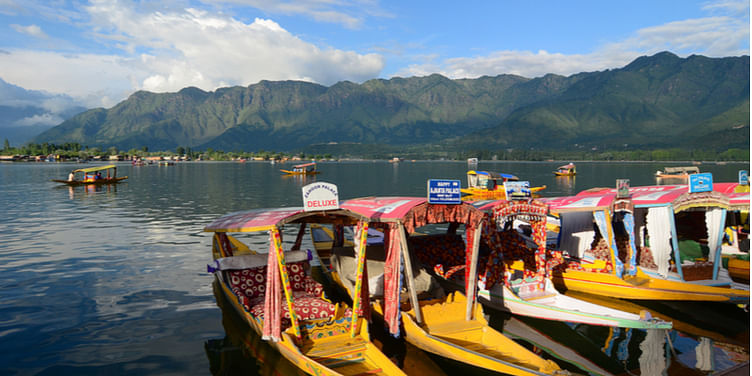 The controversial Article 370 of the Indian Constitution had "temporary provisions with respect to the State of Jammu and Kashmir" allowing it to have its own Constitution.

The controversial Article 370 of the Indian Constitution had "temporary provisions with respect to the State of Jammu and Kashmir" allowing it to have its own Constitution.

According to it, the provisions of only Article 1 and Article 370 applied to the state.

Article 1 states that India shall be a union of states and the territory of India is composed of territories of states, the union territories, and any acquired territories.

If the Centre wanted to extend in the state a central law on subjects included in the Instrument of Accession (IoA) -- Defence, External Affairs, and Communications -- it needed "consultation" while for extending laws on remaining subjects, "concurrence" of the state government was mandatory.

The IoA signed on October 26, 1947, by the then ruler Raja Hari Singh had mentioned in Clause 5 that accession terms cannot be varied by any amendment of the Act or of Indian Independence Act unless such amendment is accepted by him by a supplementary instrument.

Article 35A of the Indian Constitution, which stemmed out of Article 370, gave powers to the Jammu and Kashmir Assembly to define permanent residents of the state, their special rights and privileges.

The Jammu and Kashmir Constitution adopted on November 17, 1956, defines permanent resident as a person who was a state subject as of May 14, 1954, or has been a resident in the state for 10 years on that date with a legally acquired property.

The unique Article was inserted in the Constitution through a Presidential order in 1954 instead of an Amendment moved through Parliament.

Article 35A does not appear in the main body of the Constitution and is listed in Appendix I.

Clause (j) of the Appendix states after Article 35, a new Article 35A shall be added.

Article 35A states: Saving of laws with respect to permanent residents and their rights notwithstanding anything contained in this Constitution, no existing law in force in the State of Jammu and Kashmir, and no law hereafter enacted by the Legislature of the State:

(a) defining the classes of persons who are, or shall be, permanent residents of the State of Jammu and Kashmir or

(b) conferring on such permanent residents any special rights and privileges or imposing upon other persons any restrictions as respects (i) employment under the State Government; (ii) acquisition of immovable property in the State; (iii) settlement in the State;

or (iv) right to scholarships and such other forms of aid as the State Government may provide, shall be void on the ground that it is inconsistent with or takes away or abridges any rights conferred on the other citizens of India by any provision of this Part.

The premise of this special Article emanates from residency laws issued by the then Maharaja Hari Singh to prevent migration of people from neighbouring Punjab during the British rule.

Such restrictions on non-permanent residents to purchase lands are not unique to Jammu and Kashmir as Himachal Pradesh and several North Eastern states too have this provision.

In 2002, the Jammu and Kashmir High Court had struck down the provision of women losing their permanent resident status if they married a non-permanent resident. Their children still cannot have succession rights.

Article 35A is under challenge in the Supreme Court as it was not added through a Constitutional amendment and other related issues.

Under Article 370 (3): Notwithstanding anything in the foregoing provisions of this Article, the President may, by public notification, declare that this Article shall cease to be operative or shall be operative only with such exceptions and modifications and from such date as he may specify:...

Provided that the recommendation of the Constituent Assembly of the State referred to in clause (2) shall be necessary before the President issues such a notification.

In the State Bank of India vs Santosh Gupta and Other case, the Supreme Court had ruled that Article 370, though was intended to be temporary or transitional, has become a permanent feature of the Constitution for the reasons mentioned in Article 370(3) that says that without recommendations of the State Constituent Assembly, it could not be abrogated.