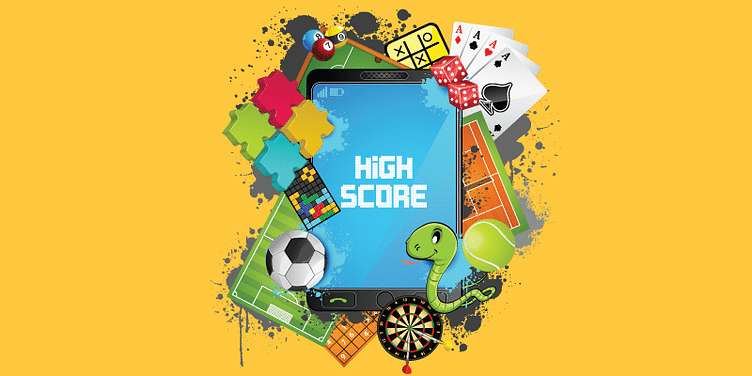 India’s smartphone revolution led to the rapid adoption of online gaming across demographics. Not only are there more homegrown game developers, but user appetite for local games is also on the rise. Here are the top trends in the sector.

India’s economy might be slowing down, but its online gaming industry is going through a boom never seen before. Riding on the mobile and internet revolution sweeping the country, online gaming now cuts across ages and socio-economic groups.

Nearly 60 percent of India’s online gamers are below the age of 24, according to industry estimates. Young internet users have a higher propensity to play online games, especially on mobile devices.

Overall, there are about 300 million online gamers, according to the All India Gaming Federation. “The evolution of digital and online gaming models is leading to a surge in the number of online gaming players over the last couple of years,” AIGF states.

Most gamers in India are introduced to online gaming by their friends, family or peer groups, and they indulge in the activity to relieve stress and improve social interaction, revealed a separate study by KPMG-Google.

The industry is also seeing investments from global gaming giants, including Tencent, Alibaba, Nazara, and others. Tencent’s PUBG, for instance, is said to have altered India’s mobile gaming ecosystem forever. Recent media reports claim that PUBG is adding Rs 200 crore to Rs 300 crore to Tencent’s revenues from India.

And, then there is fantasy sports, the fastest-growing segment (but more on that later).

YourStory lists some of the top trends in online gaming in India.

Most Indians grow up solving puzzles that are handed over to them by family or friends. Add to that, the country’s steady appetite for action and adventure movies. All this conditioning perhaps reflects in people's choice of online games.

Online gamers spend anywhere between 250 minutes and 400 minutes on these genres every month.

A multiplayer game is where more than one person can simultaneously play in the same common gaming environment. PUBG, Clash of Clans, Minecraft, etc are among hugely popular multiplayer games. The KPMG report indicates that multiplayer formats engage more than one-third of India’s gamers by providing them with an “opportunity for social interaction and a sense of achievement over other gamers”.

Multiplayer gamers are more likely to pay for games and make in-app purchases. About 42 percent are willing to pay Rs 200 (or more) a month to “stay in the game”.

Homegrown game developers are introducing popular desi games like Rummy and Teen Patti to the world of online gaming, and engaging hordes of casual as well as heavy gamers. Because of improved smartphone penetration, local developers are pre-loading or pre-installing these games on handsets.

The “content customisation” and digitisation of traditional Indian games are expected to “redefine” the online gaming market.

“The opportunity extended by local content can be further augmented by adapting to local languages,” KPMG explains. Given that Indian language internet users are poised to reach 540 million in 2021, this is a space ripe for disruption.

Now play rummy on the go, Adda52rummy.com launches on mobile

Not very long ago, fantasy sports (that lets users earn cash awards) was considered illegal in India. It was confused with betting and gambling. But, the unmistakable success of Dream11, which became the country's first gaming unicorn in April, validated an entire industry.

Fantasy sports players in India have grown 25X in three years. The number of platforms offering daily fantasy games has witnessed a 7X rise to reach 70 in 2018 from 10 in 2016. India is estimated to have 100 million fantasy gamers by the end of 2019.

Almost 74 percent of users play fantasy sports one to three times a week. “This segment has the potential to spawn a whole ecosystem around it, and could help deepen user engagement with their favourite sports,” states KPMG.

Online gaming in India, much like in most parts of the world, is a male-dominated industry, with 83 percent of gamers being men. But, this is mainly due to the overall uneven gender distribution on the Indian internet, says KPMG. About 15 percent of women are heavy gamers, as opposed to a quarter of male gamers.

“This lower propensity to be a heavy gamer, coupled with disparity in internet penetration leads to male dominance among heavy gamers,” the report explains.

The ratio is a tad better when it comes to casual gamers, with a 20 percent representation from women. Female gamers tend to prefer puzzle games, while male gamers prefer action, sports and social card games.