How PUBG has redefined the Indian gaming ecosystem forever 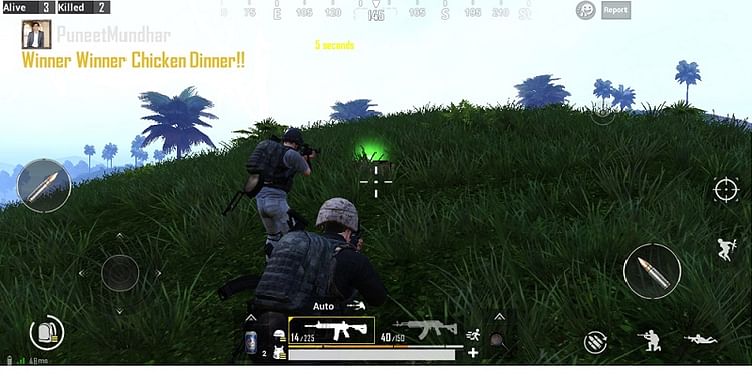 Indians are well and truly addicted to PUBG thanks to affordable broadband access all over the country. The success of this online multiplayer game is clearly an inflection point for the Indian gaming industry. Will desi titles finally succeed?

Earlier this month, I went to my home town in Rajasthan and played PUBG in the overnight bus from Jaipur to Bikaner. I thought I would play one game while the bus was still in Jaipur as the game requires high speed data to play with 100 players synchronously. To my surprise, I ended up playing for four straight hours through the night while the bus travelled through rural Rajasthan - and the game worked throughout!

It was just one example of how India is now truly connected and how things that we thought were unimaginable not so long ago are a reality today. When Jio rolled out its nationwide network and slashed wireless broadband prices, it unleashed – among other things – the tailwind needed for the development of the Indian mobile gaming ecosystem. Global games with a massive following in other markets have been waiting on the sidelines for a long time.

PUBG, from Tencent, has not only taken the lead in gaining the Indian gaming mindshare but is leading the way for the creation of amazing games for India over the next decade.

When I was moving back to India two years ago, one thing was clear to me – India’s masses have a lot of free time. Whenever I spent time at my cousin’s shop in a Tier 3 town, or in my village in Rajasthan, I could see that people had at least 3-4 hours to kill during their work day. This is excluding the 5-6 hours they have after work when there is little to do in these small towns. This insight made me a firm believer that if a company could provide a credible way for people to kill time on their phones, adoption would be massive. Again, from global experience, I felt that video consumption and mobile gaming would get maximum traction.

We have seen the early signs of growth for the mobile gaming ecosystem in India for the last two years. Game downloads have increased 8-10x, with the active mobile gaming population growing to approximately 200 million. [Source: ET Bureau and App Annie]. This number is expected to grow to 450 million by 2021. Even though the numbers seem large, these are still early days of gaming in India.

Gaming in India: big on downloads, low on revenue

India has become the fifth-largest country by game downloads but remains far behind on gaming revenue. The most widely adopted games in India have, at best, been sub-100MB, single-player or turn-based games. Here’s the thing: games are much more exciting when you play them with others, compete with them and gain recognition among friends and other gamers.

Most of India has not experienced this sort of multi-player gaming as yet; people who have played Age of Empires (AOE) or Counter Strike or Quake during their undergrad days are a small subset and would relate to this format.

I remember getting addicted to AOE during my IIT days and playing it over LAN with seven other players in teams of up to four (there are three modes – solo, duo and squad). The experience of playing it with other friends just made the game so much more interesting that we would play 14-16 hours a day at times and also watch the recordings of the game to improve our game. I remember reading about how (Flipkart Co-founder) Sachin Bansal was a pro Quake player and played competitively during his IIT days.

And that’s how it was – pockets of players. In parallel, most mobile game developers I have spoken to have been very wary of developing multi-player and graphics-heavy games for India. Their scepticism was based on their experiences from the last decade when India was truly crunched for data and, until recently, for phone space. This was the state until PUBG hit our screens.

The PUBG phenomenon best showcases how rapidly India is changing beyond our expectations.

PUBG has redefined two things in a big way. Firstly, it’s a 2GB game! I don’t think I have ever downloaded a 2GB app on my phone for anything, let alone a game. Most Indian game developers did not dare to make even a 500MB app in India as it was clear that we didn’t have phones that could support such large apps. The pattern here was that people often had to delete apps to install new apps and space was in short supply.

Every developer was so concerned about the size of the app that they would sacrifice graphics and the depth of the game to keep the app small. Today, Indians are downloading (and keeping) a 2GB app and 500-800 MB worth of updates every month. This is truly an unprecedented tie for the Indian app and gaming ecosystem.

Secondly, PUBG is a massive multiplayer synchronous, first-person shooting game. That means if a player shoots, it hits the target right away and 100 people can play together at a time; 100 people are on the map, and its basically like Hunger Games - the last standing team survives. You play it in teams of four.

Nobody thought that bandwidth in India would ever support such a game, but we are there today. The cool thing about this is that you can play with other people from around India or around the globe. It has become such a rage that at even at 2.00 am or 5.00 am, you get matched with other Indians from all over.

I remember when I had to kill time at Jaipur airport at 5.00 am and got matched with folks from Ratlam, a small town in Madhya Pradesh.

It is an interesting way to meet new people as you voice chat with your team seamlessly during the game, and if you enjoy playing with each other, you can invite them to be your friend and play with them again later on. It is exciting to see the masses experiencing a true multiplayer game, and it is exciting to play with these folks.

Not just that, people are also playing in tournaments in their cities, cafes and at the national level. Folks actually care for their rankings. I have seen this in my own circle of friends too.

The rage is such that one of my friends from Stanford was playing PUBG sitting at the boarding gate at Bengaluru airport and ended up missing his flight as he was too engrossed in playing PUBG.

Another friend, Lucky, an avid player, takes the game very seriously and is always worried about losing as it affects her rankings within the game. Whenever I play with her squad, the game is played with a different level of collaboration and seriousness. I can totally see her squad playing competitively in tournaments around the country and representing India in the tournaments abroad such as the PUBG mobile challenge whose finals are scheduled to be held later this year in Dubai. The grand prize is $400,000!

Time for the next level

As PUBG has opened new horizons for Indian gamers, it is also creating possibilities for Indian game developers to build multiplayer games. With a robust ecosystem, the level of gaming in India will increase multi-fold as multiplayer games are much more addictive than single-player games. This would also push investors to take another look at the Indian gaming industry and I expect that the amount of capital going in this sector will increase dramatically. Developers in India will have to build multi-player games with a deeper storyline and realistic graphics, and with an Indian ethos to compete with well-known global titles like PUBG.

I know a number of companies are working on multiplayer cricket games and I’m looking forward to play those too in the coming months.