WATCH: Why Singapore-based logistics startup Ezyhaul is taking a U-turn and driving into India 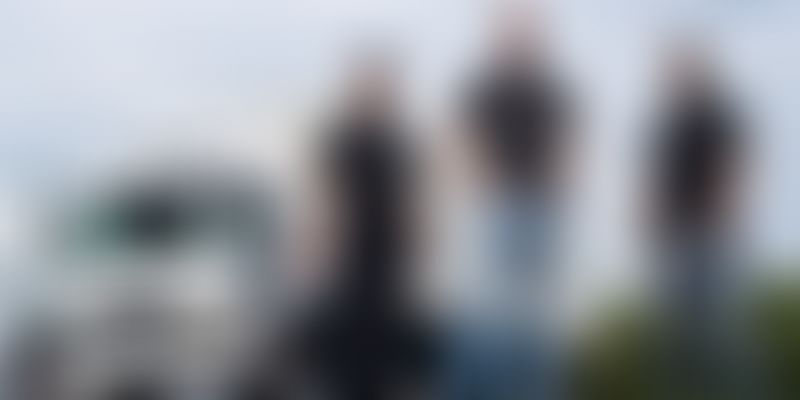 Ezyhaul helps businesses manage their domestic and cross-border transportation needs. In a video interview with YourStory, Co-founder Mudasar Mohamed reveals what makes India such an important market and their future plans.

Founded in April 2016 by Mudasar Mohamed, Raymond Gillon, and Nicky Lum Ezyhaul, Ezyhaul is focussed on improving efficiencies in the highly fragmented $150 billion road freight industry in South Asia. The three co-founders, who earlier worked at a logistics corporate in Singapore, decided to start up to solve the supply-and-demand problem for large businesses, and now plies 30,000 trucks in the Southeast Asia market.

But the trio has now set its sights on India, which is a huge market, and where - despite the many innovations - the transportation industry remains fragmented. Rivigo and Blackbuck may have built the business in India, but Ezyhaul, which is operational in Malaysia, Singapore, and Thailand, believes there’s room for more.

The Ministry of Road Transportation puts the number of trucks in India at around 12 million. However, 95 percent of the industry is disorganised. This presents a big opportunity that EzyHaul did not want to ignore.

“Look at the numbers. The use of technology for truckers is yet to be solved in India. It took us three years to solve this in three global markets for inter-city transportation. India is a large business even if you combine all three South Asian markets that we serve, which is why we are here,” Mudasar says.

In this video interview with YourStory, Mudasar talks about how he entered the trucking business in Bengaluru by “pure chance”.

He reveals that mentoring in his earlier company (Gati Logistics) landed him a job in Singapore where he worked in a global firm. He talks about how Ezyhaul was set up, scaled to 30,000 truckers, and eventually drew a strategic investor to invest $16 million.

Ezyhaul provides a range of online logistics services and technology solutions that offer mid-sized and larger businesses, as well as logistics service providers a quick, efficient, reliable, and cost-effective way to manage their domestic and cross-border transportation needs.

The logistics startup has plans to cover 10 cities in the Northwest and Southern Corridors,  and is keen to work with SMEs. It has currently signed up with 6,000 truckers in India, and will work with long-haulage trucks (which carry tonnage of more than 16 tonnes and going up to 50 tonnes).

The company, which has 40 people on its India team, is currently contemplating setting up an R&D centre in the country. It already has a tech centre in Malaysia and it seems likely that India could become a larger tech centre in a couple of years.

In the past 12 months, Ezyhaul has grown more than 900 percent. It raised $5 million in its Series A round in 2018, and recently raised $16 million in Series B from a strategic investor. It has since reinforced its presence in South Asia, including expanding its operations in India and Thailand, and integrated a cross-border solution that currently stretches from China to Singapore.

Mudasar says, “Businesses spend a lot of money and time as a result of unpredictable and unreliable freight movements. The Ezyhaul platform empowers clients with choice of carriers, scale, and operational intelligence to achieve improved logistics performance and reduced costs.”

The logistics space in India already has a unicorn, Rivigo, and Blackbuck seems to be going the same way. Ezyhaul competes with these two India-based businesses.

The company, the first cross-border startup in the logistics space from Southeast Asia, hopes to consolidate its India business. And Mudasar believes that their biggest market “could be India”.

Why logistics is the new darling of the startup ecosystem; Capacita Connect gives RAIN's first ...