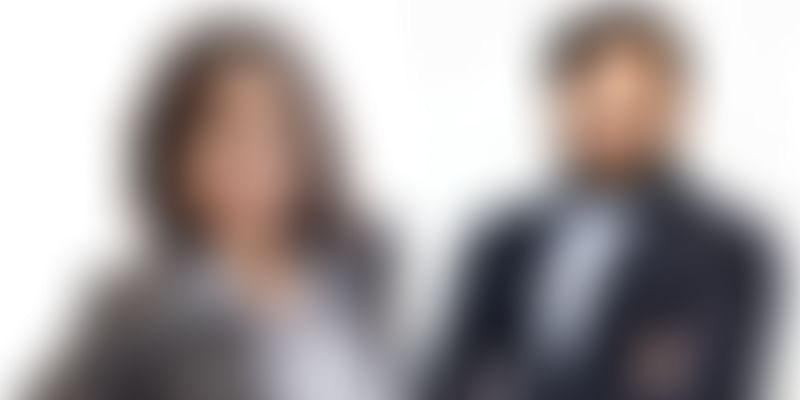 Logistics startup Rivigo changed the way trucks ply across India with its relay model. The company, India’s latest unicorn, now has 3,000 customers across 20 sectors, and aims to expand its footprint.

Gurugram-based logistics startup Rivigo, with its latest round of funding, entered the elite unicorn club earlier this month. The company raised $65 million from existing investors Warburg Pincus and SAIF Partners. It has raised a total of $180 million to date.

So, how does the five-year-old startup feel about becoming a billion dollar company? Rivigo co-founder Gazal Kalra says, “Becoming a unicorn was never the objective. We wanted to make the truck driving profession humane. We were not obsessed with valuation; our focus was sending the truck driver back home the same day. If that metric works, it means the driver is happy, the relay model is working well, and customers are happy.”

Rivigo was set up in 2014 by former Mckinsey consultants Deepak Garg (37) and Gazal (33) with the idea of creating a relay truck model, where no driver would drive for more than four-five hours at a stretch and would return home the same day.

Deepak had spent close to a decade at McKinsey and was deeply involved in the logistics and automotive sector. During his time there he realised that while the economy was growing, trucks were not selling in line with the growth. This was surprising, given that logistics form the backbone of the economy.

Deepak and his team met truck owners and found that the problem lay with truck driver availability. Around this time McKinsey and the National Skill Development Corporation (NSDC) also happened to conduct a joint study to identify where India most needed skilled jobs. Logistics and construction emerged as the top sectors.

That is when Deepak decided to take some time off from work, and take a road trip to interact directly with truck drivers and understand the reasons behind the shortage of drivers.

“It all started with a road trip and listening to truck drivers; (with) realising that they have been marginalised and looked at as outcasts, which needed to change,” Gazal says.

After 20+ years in business, Naukri.com parent Info Edge is upping its game with new-age tech

While Deepak was toying with the idea of the startup, he met Ghazal over coffee. She was just back from the US after finishing a joint programme - an MBA from the Stanford Graduate School of Business and a master’s in Public Policy from Harvard Kennedy School- and wanted to put together a startup.

Deepak and Gazal had not worked together, but he knew her through her husband, a colleague at McKinsey.

In order to get a first-hand idea of what was happening on-ground, Gazal hit the road herself. She wanted to understand why in a country like India, which has a massive unemployment problem, people were not willing to take up a paid job like that of a truck driver.

Reminiscing, she says, “At a village in Rajasthan some three-four unemployed men were sitting around playing cards. I asked them: ‘Why don’t you consider the option of becoming a truck driver?’ They took great offence to the question. One guy said no one would marry him if he took that option, while another said he had studied till Class 8 not for such a job.”

Analysing the stigma, the duo realised that there were several reasons why the profession has traditionally been looked down upon, the biggest one owing to drivers staying on the road for days on end. Typically, truck drivers go home three-four times a year.

It is perceived to be a high-risk job because of poor living conditions, vulnerability to contracting HIV, drug, and alcohol addiction, and pressure from truck owners to drive more and faster. Gazal and Deepak knew that if they could send the driver home the same day, a lot of those problems would get automatically solved.

The National AIDS Control Organisation (NACO) categorises truck drivers as a bridge population because they often have unprotected sex with high-risk groups such as female sex workers and regular sexual partners, which increases the risk of transmitting HIV into the general population. As per NACO’s estimates, 0.2 per cent of India’s 12 million truck drivers were living with HIV in 2017-18.

However, life for Rivigo drivers - whom the company calls pilots - is quite different. They maintain discipline, wear uniforms, drive for four to five hours one-way, take a 45-minute break, and then drive back a truck for another four hours to eventually come back home on the same day.

If you have a social entrepreneurship dream, IIM-Calcutta can help you realise it

The mobile app the company has built for the drivers also makes life simpler by proving a one-stop solution for all their needs. The app, more image-based than text, is available in 11 languages.

“We were able to bring empathy into this sector. Our theme was making logistics humane, and it is our life and breath. With our model, we are integrating the driver back into the community and society. And he doesn’t have to chase or worry about payment,” Gazal says. She adds that Rivigo has made the profession “respectable”.

After six months of launching the initiative, the co-founders met the drivers’ wives who claimed to be very happy with the change in their husbands’ lifestyle and routine.

There is a rather interesting story about the time Rivigo signed on its first customer. It was for a Delhi-Pune shipment. As per the customer’s system, the distance to be covered (1,350 km) would take 70 hours or three days.

Gazal talks vividly about that day. “I was sitting there signing the contract. The woman behind the desk asked about the shipment time. I said 24 hours. She was shocked, and seeing her reaction I said fine let’s put a buffer and put down 36 hours,” she reminisces. The truck reached in 23 hours 36 minutes. “The entire warehouse was in disbelief and came to see the truck,” she chuckles.

From that first customer, Rivigo has come a long way to a current tally of 3,000 customers across 20 sectors, which include automotive, publishing, apparel, and grocery.

But why would a pioneer like Rivigo want to share its secret sauce? “It is because we realise that this is becoming an institution and will last beyond our lifetime,” she answers.

The Indian road freight market is estimated to be worth around $150 billion. Rivigo believes that while there is no other company that is in direct competition yet, and their model is one of a kind, it is a large enough market, “with room for multiple players, as there are different problems to solve in the sector”.

Although Rivigo insists they do not have any direct competition, in recent years truck marketplaces such as Blackbuck, Lobb, and Trukky have entered the market. There are also players such as Delhivery and Ecom Express, which offer a combination of warehousing, line haul, and last-mile delivery services that operate in the segment.

However, the company believes that its focus on being humane over everything else will always be the biggest differentiator.

The company has its own fleet of 3,000 trucks that cover 29,000 pin codes across the country. It has created a network of over 70 pit stops and 200 branches.

Commenting on the startup’s decision to have its own fleet, Gazal says, “We were offering reliability and that comes from not just drivers but the fleet as well. The idea was also to scale this up to offer relay-as-a-service outside. With our knowhow, we can offer these as products in the market.”

Rivigo recently also launched National Freight Index (NFI) to provide live freight rates for different lanes and vehicles across the country. The move is aimed at bringing pricing transparency for over seven million lane and vehicle type combinations in the country through real-time data. The NFI will also provide historical spot price movements of the road freight industry.