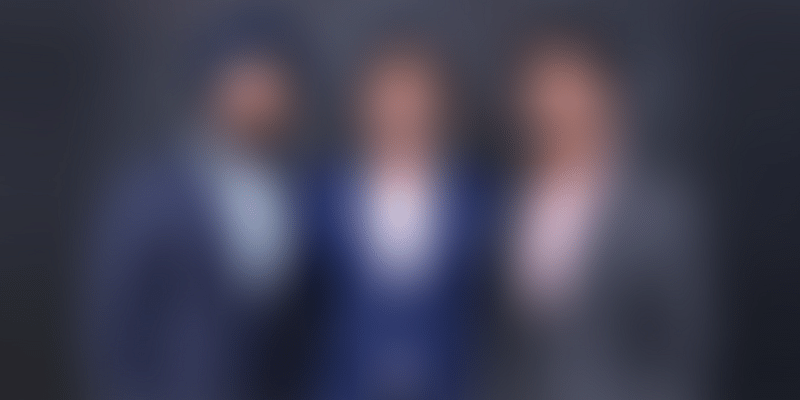 Delhi-based startup EBTL is confident of achieving Rs 100 crore revenue in the next two years as demand for its smart energy automation devices is growing in India and overseas markets alike.

Three engineering students from IIT Kharagpur, just like many others, always dreamt of doing something unique or out of the box. While thinking of which problem to solve, they realised that shocks from electric switches was an area they could focus upon.

The trio – Monish Salhotra, Saswat Sahu, and Rajbir Singh bootstrapped their venture in 2011. EBTL or Engineer Bringing Technology to Life focusses on the home automation segment where an ordinary electric switch panel could become a hi-tech but simple to use device connected to the internet.

It took four and a half years of research for EBTL to come out with its first product Amour, which is a smart automation device for the energy or electricity segment. The Internet of Things (IoT) device is completely shock proof and has built in intelligence to manage the energy needs of a home or commercial establishment.

“We had always felt that the home automation systems market in India was underdeveloped and there was a huge difference in the existing systems and the demand of the consumers,” says Monish, Co-founder, EBTL.

Monish says, “We have been evolving as a company since 2011 when there was no term like IoT. Our product matured into a hi-tech device.”

Headquartered in Delhi, EBTL’s first customer was a religious institution, which needed a centralised and easy-to-use energy solution. The Co-founder adds, “They were impressed by the functionality and aesthetic design of our product.”

According to Monish, Amour’s biggest USP is that it is well-suited to Indian conditions. For example, it can be connected to the inverter and energy supply is cut off when there is no power outage. But, this is not the case with other devices in the market, which are largely imported and built for developed markets. Also, Amour can be retrofitted into any existing home or office.

“EBTL’s home automation systems have been conceived to best serve the demands of the Indian market. This has created a niche for our brand and has proven to be beneficial for our consumers,” says Monish.

Statistics indicate that smart products penetration in Indian households is going to increase to 9.5 percent in 2023 compared to only 1.5 percent in 2019. The smart automation market is currently pegged at over Rs 8,000 crore.

Since the launch of its product in 2015, EBTL has expanded within India and abroad. In the domestic market, it has tied up with leading hotel chains to install its product and companies that have nationwide showrooms.

Besides, it is also expanding into markets such as the US, Japan, Europe, and South Africa through partnerships. In all, it has a presence in over 300 cities.

“We want to enhance our business to a whole new level where we create affordable automation products, which would suit every consumer. Our aim is to create automation and shock-proof products that offer ample features to control electricity consumption, control usage, manage safe, and secure indoors for seniors and kids,” says Monish.

At present, EBTL has a team of around 35 with majority of them focussed on research and development (R&D). This is done from its Jallandhar office and the entire product is manufactured in India.

The evolution of EBTL’s flagship product Amour has witnessed numerous functionalities and features being added over the years. It has an intuitive touch interface, which can be used to switch on/off devices. In fact, it has icons instead of switches and also has two USB ports for charging phones.

“Our biggest USP has been the user interface of our product,” says Monish. Today, Amour can be remotely monitored through an app and is also accessible through voice commands.

While EBTL competes with large established companies, the founders are unfazed as they believe that the simplicity and ease of use of their product makes them successful.

Monish says EBTL has been doubling its growth since 2015 given the large market opportunity.

Bootstrapped till now while also being profitable, the startup is looking at external funding for its expansion plans. Monish adds, “We are in very active talks with a few investors.”

The team believes that EBTL will register revenue of Rs 20 crore by the end of this financial year. The startup is targeting Rs 100 crore revenue by the end of FY21. This huge jump is largely due to large contracts EBTL has signed recently.

Monish believes that it is just the beginning for the startup as he terms the journey a “good effort story” until now. Soon, EBTL plans to focus on newer product lines like security and auxiliaries to create a fresh line of smart automation devices.

Why the future of the lighting industry is in smart lighting