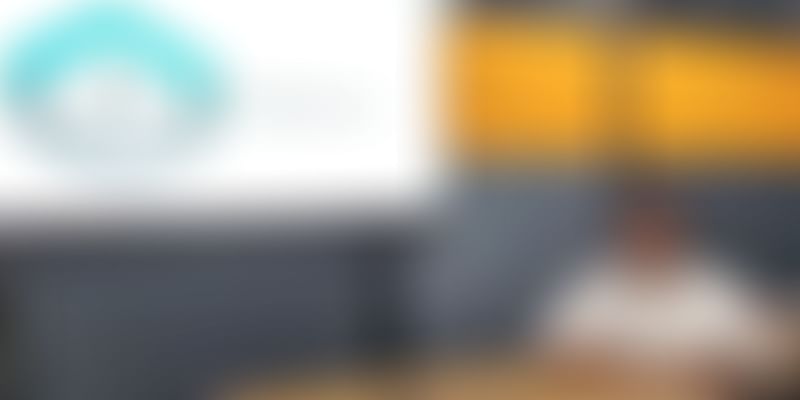 Mumbai-based Habitro Labs wants to make home automation more accessible to the masses. Just like Ola did with taxis. Here’s how the startup plans to go about it.

Until last September, Mrinal Kashyap was heading Ola’s leasing business in Mumbai, and was responsible for the daily supply of vehicles to large B2B customers, including the city’s top hotels. Prior to that, he served as the sales and operations head for Meru Cabs. And, before that, he had founded a logistics startup - MyShipMate - in 2013, which was eventually acquired by Parcelled.in (a Delhivery-funded startup, now defunct) in 2015.

Even though Mrinal spent three years as a salaried professional, the urge to start up again stayed with him. He likes sporting the “serial entrepreneur” tag and is ready to “burn cash and build” something all over again. Late last year, he finally got the opportunity.

The idea of Habitro Labs, Mrinal’s new startup, germinated when he wanted to get his home automated. After a few Google searches and some on-ground recces across Mumbai, he realised that the city had tens of hundreds of local manufacturers and suppliers of home automation systems.

But, the market was highly unorganised; there was no single player who could be trusted with either products or after-sales service. Also, it is not easy for a layman to find these dealers.

Mrinal tells YourStory, “These are mostly small dealers without any technical background who import products from Europe or China, and integrate them in people’s homes. They have no branding, no after-sales channel, and certainly do not inspire buyers even if they have the spending power. Questions remain like what if the shop shuts down abruptly? Can a buyer trust them with a few lakhs of their money?”

Even international companies like Lutron, a global leader in home automation, lacks brand recognition and market connect in India. Their product offering is steeply priced, and they choose to cater to only the savvy, elite population.

“These are some of the loopholes we wanted to plug at a lower price and with a pan-India presence,” Mrinal explains.

Habitro was incorporated about five months ago in Mumbai. Mrinal’s ex-colleague (name undisclosed), an IIM alumni and former Fleet Manager at Ola, joined him as Co-founder. A third co-founder (also an ex-Ola guy) will soon be on board as the startup’s technical lead, Mrinal reveals. “I’m from the operations side and understand the marketplace model well. Now, we need a tech lead to drive the app side of things,” he says.

Essentially, Habitro (which has grown to 10 members now) wants to be a pan-India, Ola-like aggregator of home automation providers.

It has built an open source aggregation platform for all small-big dealers, suppliers, and manufacturers of home automation products. The testing, deployment, cross-selling, branding, and after-sales service is done by Habitro under its own brand name.

Mrinal says, “The end customer doesn’t know who the dealer is. To them, Habitro is the trustworthy platform delivering home automation at their doorstep.”

Further explaining the model, he says,

“Before Ola came in, the taxi industry was already existing. But it was unorganised. Ola aggregated it and made taxis more accessible. We plan to do the same with home automation. It will not be restricted to only certain segments of the market. We want to make it mass.”

Habitro says that Mumbai and Pune are India’s top home automation markets. YourStory did a cursory search on JustDial and it threw up a 100+ home automation dealers in Borivali - a faraway northern suburb of Mumbai - alone. One could very well multiply that by 5x or more for the rest of the city.

“People in Mumbai are ready to spend on these devices. There is a lot of demand, and we’re looking to target residential societies and offices, mostly co-working spaces. We have done a few pilots too.”

This year, the startup will continue to focus on the Mumbai-Pune corridor, even though it has secured a few dealerships in Delhi, Hyderabad, Bengaluru, Ahmedabad, and Jaipur too. It is looking to raise Rs 10-15 crore in 2019, and is in talks with angel investors. “Both market expansion and hiring will happen after that,” the founder says.

Habitro is bootstrapped so far, but claims to have generated revenues of about Rs 75 lakh already. Most of it has been driven by B2B customers, including co-working spaces like OF10, and WorkSquare, and realtors like Tridhaatu, and others.

“We’re cross-selling through builders, architects, and interior designers instead of reaching out directly to the home buyer. Conversion rates are better this way,” Mrinal says.

“We are also tapping into the broker network and asking them to sell Habitro as a packaged service. We then go for a demo, and the broker gets a cut of the revenues,” he explains.

The startup claims to offer a distinct price advantage of 45-50 percent over existing domestic suppliers. An average 2BHK flat can be fully automated at under Rs 3 lakh by Habitro, while customers end up spending Rs 7 lakh or more on unbranded systems imported from abroad. People do have a choice to opt out of the “packaged” service, but most of them end up opting for it, Mrinal notes.

“Our research shows that people look for home automation either when they are buying a property or when they are looking for innovation. So, we want to be available to them right from the buying stage,” he says.

Also read: Now, turn your home into a nest of comfort with smart devices

Going ahead, the startup has ambitions of manufacturing its own home automation devices, and capturing millions of data points on its platform, which it can later sell to companies in need of such data to analyse consumer behaviour. “Our end goal is data,” Mrinal says.

“The data we track will be refined and it will cover all activities, right from the alarm going off in the morning till the lights dimming at night," he adds.

But, despite the fact that home automation is a burgeoning market in India, which IDC estimates to be worth $5 billion by 2022, challenges of adoption remain.

The older population believes they can do without automation because they have manually switched off lights and fans all their lives. And, the younger population may not be able to splurge on advanced technologies.

Hence, Habitro’s core target audience is the 30-40 age bracket. “We’re looking at people who are buying their first home, who are aware of automation, and have the intent and spending power,” Mrinal says.

The curtains have just gone up – “automatically”. And, it’s show time for Habitro!

Also Read: Looking for smart home solutions on a budget? Delhi-based Cloudblocks is here to help