When a startup takes an investor’s money, they are also betting on them: Semil Shah of Lightspeed Venture Partners 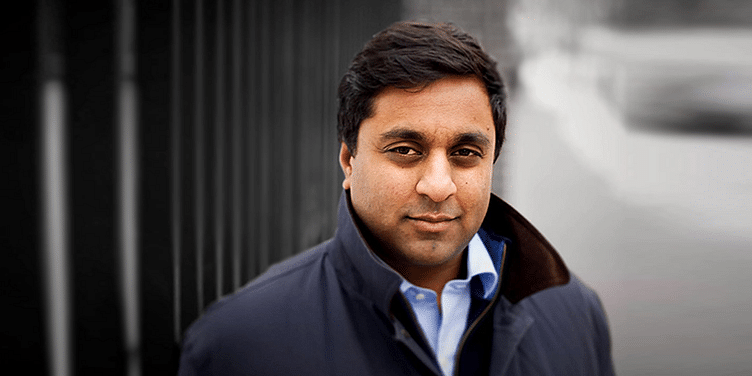 In this episode of the 100X Entrepreneur podcast, Semil Shah, Founder, Haystack and Partner, Lightspeed Venture Partners, talks about how a VC has much to learn from startups, which are also betting on them, and why entrepreneurs and amateur investors need to network, network, network.

Investors don’t just provide access to money that can help startups scale. Many function as visionaries and mentors who can help shape a young firm by aligning goals with the founders.

Semil Shah, Founder, Haystack and Partner, Lightspeed Venture Partners US, is one such visionary: he catches ’em young, helps them build and grow, and then walks out happily.

Tune in to listen to Semil in conversation with Siddhartha in the 100X Entrepreneur Podcast:

Semil is a successful early-stage investor, with portfolio companies such as Instacart, DoorDash, Hashicorp, Hired, Giphy, Managed By Q, Opendoor, and others. He holds a master’s degree in economic development and strategy from Harvard, and a bachelor’s degree in history from the University of Michigan.

Since founding Haystack in 2013, he has refined his approach to seed investing and says it’s important to “stay nimble”. Since then, Semil and Haystack have become leaders in early-stage investing, and have bet on many breakout companies across sectors and geographies.

He has earlier stated that it’s an investor’s “job to find founders who are building the future and partner with them”.

But how did he get started on his journey?

After completing his history course, Semil was mulling a career in the legal profession. He even started working for a law firm in New York City. But it was not meant to be.

“My boss at that time told me not to go to law school; he said I wouldn’t enjoy it. I moved to California and even worked as a cook for a year. My new boss started a non-profit organisation for economic development. That was the beginning of my interest in economic development. I was also working on a number of projects in India. But I soon realised that India is an extremely competitive and difficult environment, especially if you are not living there every day,” Semil says.

He adds that he felt burnt out and decided to return to California after he got married in 2009.

“I have real admiration for people who do it in India. I got a little burnt out doing business there. It was so difficult. Also, I personally wanted to move back to California,” says Semil, adding that he worked with a number of small startups after he returned to the West Coast.

Around this time, he noticed the increased use of the internet. Soon, he was also writing on topics that interested him. “The key spark was almost about nine to 10 years ago, when Quora was in beta phase, and TechCrunch was the number one blog. Twitter was gaining momentum. I had a lot of fun writing on these,” he says.

Very soon, the focus of the global economy was shifting from finance to technology.

“A lot of people started reading my writing and sharing it publicly on social media. A lot of people who subscribed to my blog happened to be investors. So I used to meet them and their partners. A few of them asked me to consult with them with small retainers. As I was working with a few small startups and building those relationships, I naively thought that some firm would hire me because I enjoyed that part of the business. But no one did. Friends suggested I become a VC with a firm I was familiar with and then start my own firm. I got lucky with portfolios, and it was really a lot of fun and I enjoyed it,” Semil says.

He recalls how his first investment was more of an entrepreneur doing him a favour.

“I was interested in [job portal] Hired’s marketplace. A friend of mine was an advisor there. I saw the team building the product and I met them before Christmas 2012. The founders had a lot of entrepreneurial experience. They were raising about $2.5 million. I told them that I have a small fund and I haven’t done this before. I asked if I could invest $25,000 as the first investment from this fund. Co-founder Douglas Feirstein was a real entrepreneurial guy; Hired was his third or fourth company. He actually did me a favour by agreeing,” Semil says.

He had the same experience with a few of Haystack’s other portfolio companies as well. “With Instacart, I had used the product. I knew Apoorva Mehta and had met him a few times. I told him that I started a small fund and wanted to have a chat. And he obliged,” he says.

Same was the case with cloud infrastructure startup Hashicorp “[Founder] Mitchell Hashimoto’s former manager was a close friend of mine and put in a small amount of money in the startup. I met Mitchell a few times.”

Throughout his career, Semil has consistently busted the myth that VCs have the upper hand because of the money they bring in.

“It’s a public perception that it’s VCs that put in money in the startups. But a lot of the time, it is the other way around and startups invite VCs too. So, it’s important for people to realise both these dimensions,” he says.

WATCH: Through the Eyes of the Investor - why getting a foothold in the US market is critical f...

What it takes to be an investor

Semil has helped a lot of startups raise funds, but he cautions anyone wanting to follow a similar path that they need to be extremely patient and ready for a long wait.

“The risk is you are waiting for at least three-four years, and if you don’t want to invest that time, you will burn those years. VC is a very sales-heavy function. You are not competitive to go to the job market. The opportunity cost for people who are not 100 percent in is extremely high,” he says.

Semil adds that it is crucial for a person who wants to become an investor to figure out what kind of investor they would like to become – sitting on board or opting out. But, above all, it requires a lot of dedication and involvement.

“There is no shortcut to establishing trust,” he says, advocating VC hopefuls to get a track record going and, over time, create a portfolio that builds on the reputation earned.

On what a new investor needs to do, he says, “I would talk to well-heeled people and put together a small fund, like $250,000, and make small cheques to companies.”

What entrepreneurs should do

Speaking about the first steps an entrepreneur needs to take, Semil advises creating a network in and around a startup. “Learn as much as you can inside the company. That will give you the idea to start a company,” he adds.

Talking about his division of time between raising funds and their deployment, Semil underscores the need to spend time with entrepreneurs. “It’s a 24/7 thing. I spent a lot of time meeting entrepreneurs. If someone has already raised $2 million to $3 million, he has gone past me [in experience].”

This is why it makes sense to have someone vouch for you so that you can establish trust. “We want someone whom we know introducing us. That matters a lot as it is not an open application. Then come the steps of evaluating an entrepreneur’s behaviour, experience, business acumen, and expertise. You need to assess and measure their entrepreneurial behaviour. Even though more people are starting up, not all of them possess entrepreneurial abilities,” he says.

So, with so many portfolio companies in his kitty, does Semil consider he has arrived? The VC disagrees when people call him successful. “I tell them it’s survival,” he says, quoting a dialogue from Christopher Nolan’s Dunkirk: “Survival is victory”.

Semil also takes learnings from his personal life and applies them to his professional life. He speaks of how becoming a parent affected his decision-making and subsequent investments. “When you become a parent, you don’t just think about yourselves but about three people, about the impact of decisions that you take,” he adds.

“I feel I really understand the mechanics of the business, but I have been very lucky to have the mentorship of people who have been doing this for years and decades. I am very fortunate,” Semil says.