[App Fridays] This pro-privacy search engine is taking on Google, and here’s why it should have your attention 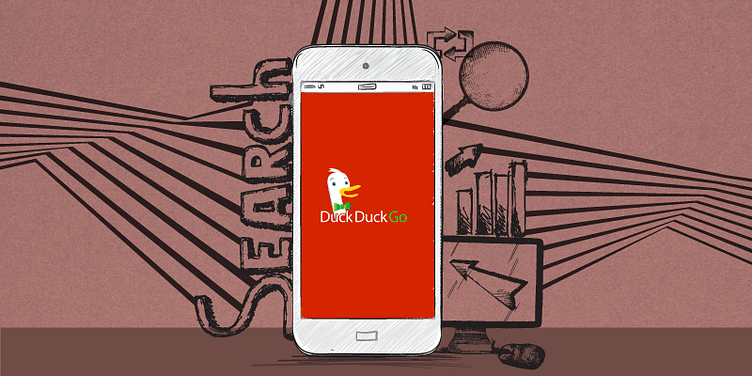 DuckDuckGo is gaining in popularity, with data privacy becoming one of the most important conversations in tech. This app lets you browse anonymously, prevents ad intrusions, and more.

If you value your privacy on the internet, DuckDuckGo must engage you.

It’s a pro-privacy search engine that does not track users based on their browsing activity. It also does not store IP addresses or log any user information to create “personalised” search results. This implies that identical search results are displayed for all users when they key in a word/phrase.

Unlike Google, DuckDuckGo blocks ad-tracking networks that collect data based on your searches to serve you targeted ads. By default, it allows anonymous (or incognito) searches, a feature quite popular with users.  About 33 billion anonymous searches have been recorded on DuckDuckGo.

“We believe the internet shouldn’t feel so creepy and having the privacy you deserve online should be as simple as closing the blinds,” DuckDuckGo states on its Google Play Store listing.

The app has recorded more than 5 million installs on Android, and is rated 4.7 out of 5. It is also available on iOS, web, and as a browser extension.

Although DuckDuckGo has existed for over a decade, its popularity skyrocketed in the aftermath of the Cambridge Analytica scandal that brought the privacy debate to households.

When you launch DuckDuckGo, it takes you straight to the homepage. No log-ins or verifications are required.

It may not be an exaggeration to state that DuckDuckGo has the cleanest and most minimalistic homepage in the app universe. There is a prominently placed duck logo at the centre, and a search bar on top with three icons.

The Fire icon is for clearing your entire browsing history with a single tap.

Next to it is the Tab icon that displays currently open tabs and lets you toggle between them. Hit the '+' icon to open a new tab.

In the far-right are three vertical dots that take you to the Settings menu.

In Settings, you can switch between light and dark modes, enable auto-clearing of tabs, and also set DuckDuckGo as your phone’s default browser.

You can also add/remove the DuckDuckGo’ search widget to your phone's home screen for quick and easy access.

The app also enables you to filter search results based on region.

When you open a web page, DuckDuckGo shows you a Privacy Grade rating (A-F) on the address bar. This rating indicates how protected you are on that particular website.

You can click on the grade rating to open the 'privacy dashboard' to check how DuckDuckGo enhances your privacy on a particular site, and number of ad-trackers it is preventing from collecting data.

Last, but not least, DuckDuckGo comes with a nifty feature called ‘Find On Page’ which is the smartphone equivalent of ‘CTRL+F’. Click on it and enter any word.

The browser not only highlights every mention of the word, but also displays the number of times it is there on the page.

A strong alternative, but not yet perfect

There is no denying that DuckDuckGo has emerged as a strong alternative for privacy-conscious users. Its uncluttered, hawk-eyed focus on data privacy is refreshing to see. But, it still has a long way to go if it has to match up to Google’s popularity and scale (three billion searches a day).

Some users have pointed out unsatisfactory and irrelevant search results. For instance, if you look for a live match update, chances are you wouldn’t get any. Contrast this with Google’s seamless integration of live scores and other daily updates within Search.

Even address and location-related results aren’t as accurate as those provided by Google Maps. But, that could be because DuckDuckGo integrates with Apple Maps, which are infamously inaccurate.

Despite all this, DuckDuckGo is here to stay.

This is because privacy is increasingly gaining mindshare among users, who do not want to be “manipulated” — DuckDuckGo claims Google does that — or gamed for business profits. Privacy is a right, and one ought to claim it.

Also, at just 7MB, DuckDuckGo is a lightweight and non-fussy utility tool to have on your phone.