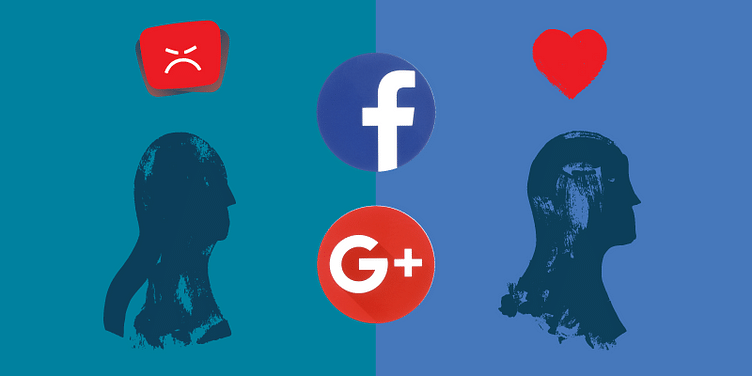 The latest probes come on top of a review launched earlier this year by federal regulators of major online platforms to determine if they have "stifled" innovation or reduced competition.

The backlash against Big Tech heads into a new phase on Monday with another broad antitrust investigation, highlighting the mounting legal challenges facing the dominant online platforms.

Top legal officials from dozens of US states were set to unveil a probe of Google over allegations of "anti competitive behaviour," days after a separate coalition announced a similar investigation of social networking giant Facebook.

The latest probe come on top of a review launched earlier this year by federal regulators of major online platforms to determine if they have "stifled" innovation or reduced competition.

A coalition led by Texas Attorney General Ken Paxton scheduled a news conference on Monday where states were expected to launch the probe of Google, the Alphabet unit which dominates online search and advertising.

"I happen to think this will rewrite the standard for antitrust," Florida Attorney General Ashley Moody told CNBC television.

Moody said that while tech firms have largely avoided antitrust scrutiny because they offer free services, "I would argue they're not free at all in fact," because of how they use personal data.

Google confirmed that the Department of Justice had asked for its records on previous antitrust probes.

Kent Walker, Google's Senior Vice President of global affairs, said in a blog post on Friday that the company would cooperate with regulators while stressing that its services "help people, create more choice, and support thousands of jobs and small businesses across the United States."

"After the past few years, the Trump administration's antitrust program has come to seem pretty inactive, influenced by a lot of politics that have made it hard to interpret," Sagers said.

"The states definitely seem more serious, and it seems quite significant that this new coalition is bipartisan."

On Friday, New York state Attorney General Letitia James announced an action on behalf of seven other states and the District of Columbia to probe "whether Facebook has stifled competition and put users at risk."

"We will use every investigative tool at our disposal to determine whether Facebook's actions may have endangered consumer data, reduced the quality of consumers' choices, or increased the price of advertising," James said.

Facebook offered no immediate comment, but in the past it has claimed it is not a monopoly and that consumers have many choices for how to connect with people online.

The antitrust actions come against a backdrop of declining public trust in big online firms, and fines levied against Facebook and Google over privacy violations.

"It remains to be seen if the (attorneys general) have any merit to their complaints or if they will be conducting a fishing expedition hoping to find some damning evidence," Goldman said.

"Companies as large as Google or Facebook probably have minor problematic practices the AGs could target, but I'm still waiting for any evidence that would support more structural challenges to the internet giants' practices."

In the European Union, Google has faced a series of antitrust actions and Amazon is now being targeted by enforcers.

Democratic presidential candidate Elizabeth Warren has made a breakup of the big tech firms a part of her campaign platform.