5 management lessons that Game of Thrones teaches us 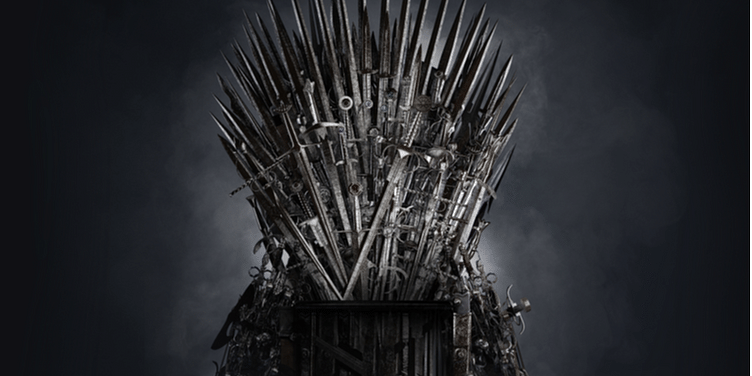 Apart from being a ground-breaking literary and TV phenomenon, Game of Thrones imparts unparalleled wisdom. Here are the top five management lessons that the complex characters and convoluted plots of GoT leave us with.

Game of Thrones is nothing less than a “once-a-generation” cultural phenomenon. Westeros has every possible element to lure viewers and keep them hooked till the very end. But it takes a management geek to understand that the helm of the show does not lie with dragons, White Walkers, or even the gruesome spoils of wars that it expertly captures.

Rather, it is the relationships among the characters and the dynamics of their interactions that drive the story. And if one were to look closely, they could draw numerous analogies against the corporate backdrop of our reality. Although much less grisly, the competition and politics here are just as ruthless.

Here’s a look at some of the best management lessons that we can draw from Game of Thrones:

(This is a post for readers who have already watched the show or read the book. We suggest you stop reading if you do not want any spoilers.)

Case in point: Jon Snow. He was instrumental in uniting the Seven Kingdoms in the land of Westeros against an enemy that no one else saw coming. And while he was doing so, his aim was not to be acclaimed for his actions or to serve hidden agendas. Instead, he simply wanted to do the right thing for the greater good. The result of his selfless leadership was why he became the Commander of the Night’s Watch, the King in the North, and even managed to be the right-hand man of the Iron Throne’s occupant. It is the people around him who trusted and admired him, and who choose him as their leader.

And this is where our first lesson lies. A leader functions in stark contrast with a manager. While the latter believes in offloading tasks and micromanaging, a leader shows subordinates the way and exercises interpersonal influence. S/he focuses on taking teams beyond expectations by removing obstacles such as excessive bureaucracy, interpersonal conflict, and toxic cultures.

In the words of Tywin Lannister, “Any fool with a bit of luck can find himself born into power. But earning it for yourself…that takes work.”

The character arc of Ned Stark reiterates this. Ned was popularly considered to be the protagonist of the show but critically failed to gather the trust of others around him. The result? We see him being beheaded just nine hours into the story.

In contrast, Tyrion Lannister craftily plays his hands in a similar situation. He builds a relationship of trust with Daenerys Targaryen by sharing intricate details and uniting against a common enemy. Some key management attributes in the scenario that helped Tyrion survive include:

3. Every decision you make has consequences

Decision-making is the cornerstone of lasting leadership. Critical thinking ability at defining moments is what enables managers to come up with solutions without wasting any time or going through the ordeal of overthinking. But it takes an insightful mind to realise that every decision ultimately has consequences that affect both the decision-maker and others around him/her. In fact, even the most well-informed or emotionally-backed actions can entice a daunting version of the butterfly effect that stops only at utter chaos.

Daenerys Targaryen is no stranger to this. At the moment she decided to take the help of a witch to save her ailing husband, her fate was sealed. This seemingly minute decision made her embark on a journey that ultimately impacted the lives of millions of people, for better or worse. In retrospect, a minute and desperate act of saving a loved one ultimately resulted in a character arc that would save half of the world and burn the other half. And all this while Daenerys proves to be a key ingredient in the war against the Night King, saving the world from impending doom.

This makes one wonder. Would all of this be possible had Daenerys been in an everlasting shadow of Khal Drogo?

4. Be adaptable and harness creative friction

Imagine an 11-year-old girl who has always been overshadowed and protected by her family, brothers, and even her younger sister. All she can ever dream of is to marry a prince and ride off in the sunset to a “happily ever after”. This was the character arc of Sansa in the first season of the show (or the book). And we all know how it ended. She had to watch her father being beheaded, came dangerously close to being raped or killed multiple times, and was sold off to the Boltons by Littlefinger, being forced to live with the very people who murdered her parents. All this while she was wrongfully charged of being an accomplice in the murder of Joffrey, the King of the Seven Kingdoms. The staggering amount of adaptation that Sansa had to go through is not for the faint hearted.

Businesses are the same, especially against a technologically-fueled backdrop. Organisations today are constantly finding their business models being disrupted and need to explore new avenues of revenue generation. Managers need to constantly optimise both internal and external processes by identifying dysfunctional habits and factors that proliferate transformative efforts. And just like the characters of the show, inadaptability can prove to be fatal for survival.

5. Always be prepared for winter

“Winter is Coming.” An article on Game of Thrones without this adage seems incomplete. And interestingly, it is the best possible management lesson that one can learn. Ned Stark’s favourite catchphrase expertly captures the essence of the entire show, while also providing substantial fodder for managers to ponder over.

The key to a lasting management regime is to be ready for the worst, no matter how stable the present looks. Having predetermined action plans for both expected and unexpected challenges, difficulties, or even disasters can prove to be the difference in your survival strategy. Some crucial steps that can allay fears include:

On a closing note, never be outwitted, be the master of your own course, and have authentic contingency plans in place.

The greatest management lesson of all comes from the creators of the show themselves who created a multimillion-dollar pilot that was never aired. The control group that watched the episode deemed it to be so confusing and substandard that they completely missed major plot points. The creators requested HBO for additional funds to reshoot the pilot while tweaking 90 percent of the script.

Fast-forward eight years into the future and here we are, discussing every facet of the masterpiece.