At Oracle OpenWorld, Larry Ellison takes on AWS and reiterates that the future is autonomous 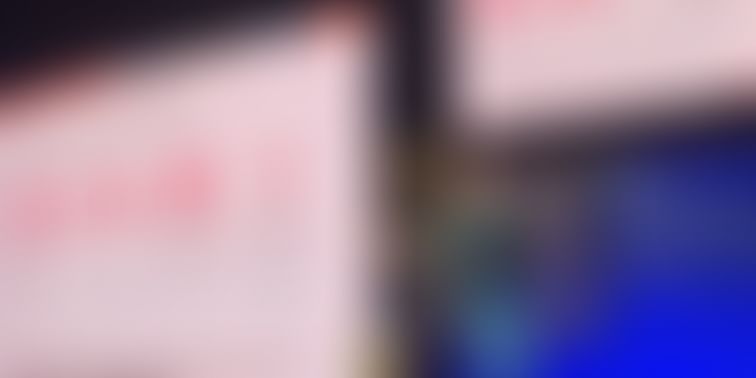 Calling the autonomous database 'the most exciting and successful new product offering in the history of our company', Oracle Chairman and CTO Larry Ellison announces launch of 20 cloud regions by the end of 2020 and offers free services to students and developers.

It may have taken Larry Ellison two years to come out with a powerful keynote, but he did not shy away from taking a dig - or two - at the competition, namely Amazon Web Services.

And as he spoke to customers, prospects, and partners about the latest Oracle technology, he revealed how his company was readying to take on AWS. Oracle has signed partnerships with Microsoft (to take Microsoft applications to the Oracle Cloud Infrastructure and vice versa) and VMWare (to run workloads from different clouds on OCI).

Along the way, he shone the spotlight on Oracle’s autonomous technology, which, he said, would reduce complexities for users.

The Oracle autonomous database: how Larry Ellison plans to stay on top of the software food cha...

The future, it is clear, is autonomous with organisations generating reams of data. Think about autonomous cars, which need databases that are resilient and able to crunch data on a real-time basis while running queries.

Larry did say that AWS DynamoDB was truly “elastic and serverless”. But, he added, “Not many people use it.”

Oracle, he said, has been working on adding a number of autonomous services to its “next generation cloud” as the company “marches towards” its ultimate goal of delivering the “world’s first completely and truly autonomous cloud”.

Some of the announcements mad include new security features for the Autonomous Database and the “world’s first autonomous operating system” (in the form of Oracle Autonomous Linux and an Oracle OS Management Service).

Larry Ellison also made a commitment to launch 20 Oracle Cloud regions by the end of 2020, for a total of 36 Oracle Cloud Infrastructure regions. Oracle at present has 16 hyper scale cloud regions while AWS has 25. As many as 3,000 trials with the Oracle autonomous cloud were in place as of this year’s first quarter.

AI is making all things autonomous for enterprises: Oracle CEO

But his tirade against Amazon wasn’t over. Larry mentioned that Oracle has 430,000 customers while AWS has more than one million active customers. Then came the clincher. “We have paying customers and not some developer from Ukraine.”

He said that at least 40,000 customers were using Oracle's Gen2Cloud, giving examples.

●    Siemens uses it for the IoT business

Other Oracle Gen2Cloud customers include Booster, the State of Texas, Tupperware, FireEye, and Cern Open Lab.

Speaking about how the AWS and Oracle offerings differ, he said: “Amazon takes a very reasonable position and says that if you misconfigure your system, that’s your mistake. As a customer you maintain full control of your content and responsibility for configuring access to AWS services. That’s on you.”

The Oracle offering stands out because when “when you use the Oracle Autonomous Database, it configures itself. It’s not possible for customers to make configuration errors, because there are no pilots to make errors. The system configures itself”.

The Blockchain quest: Why AWS is saying nay while the rest of the world goes yay

Freebies for students and developers

To make his company more contemporary and attractive, Larry Ellison also launched an entire free service for students and developers.

“It is free for developers to build their next big idea and for students to learn about the cloud. Enterprises can use the free service to prototype their ideas for free,” Larry said.

Here is what is available for free:

On why autonomous systems were the need of the hour, Larry Ellison said they could help weed out human error. “Human errors should be removed because that's why data loss happens,” he said. Referring to data loss and data theft, he cited Equifax and CapitalOne, and said that most cloud infrastructure is not accountable when a client’s data is lost or stolen.

"AWS leaves it to the customer to figure it out. But our autonomous database and operating system scales, secures, and provisions everything and protects customer data. Now that's why Oracle's Gen2Cloud is 50 times faster than Microsoft's Azure and AWS,” Larry said.

The oracle of Larry Ellison: stuff legends are made of

Just like the smartphone puts together all the hardware that an individual needs in one device, the Oracle chairman said its converged database lets developers run all their applications, including JaSon, blockchain, Sharding, and others.

“We guarantee you that we are better than Amazon because we are 40 times faster. If you do revenue forecasting we can do it in a few seconds, better than the six minutes it takes on other clouds,” he said.

“Most big banks and corporations will come to us because of the converged database,” he added.

Larry left the hall to huge applause. His style and charisma have captured the imagination of large enterprises, but AWS is banking on the developer community. This battle isn’t over and come December, we are sure AWS will not pull its punches at its annual re:Invent conference in Las Vegas.